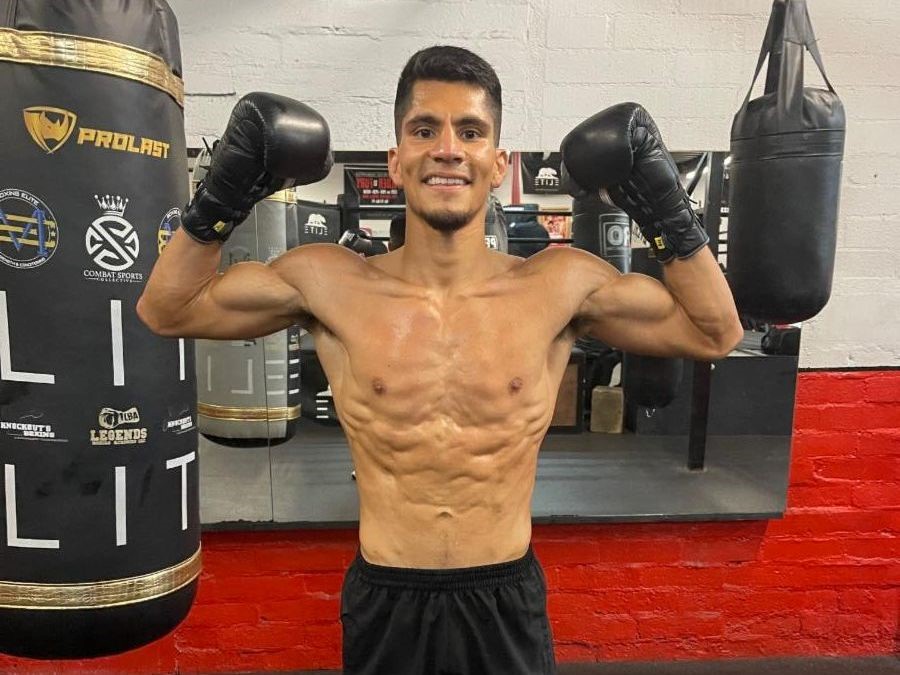 LOS ANGELES, CA (June 15, 2022) – Lightweight prospect, George “El YuYu” Acosta (12-1, 1 KO), of Whittier, California, is in one of the toughest fights of his career as he faces, Marlin “So Icey” Sims (8-1, 4 KOs), of Minneapolis, Minnesota, this Friday, June 17th, on the “Path To Glory” card at the DoubleTree Hotel in Ontario, California, promoted by Thompson Boxing Promotions. Acosta vs. Sims, an eight-round bout, will serve as the co-main event to Saul Sanchez vs. Eros Correa, a ten-round bantamweight clash.

Tickets are priced at $50, $75, & $100, and are available for purchase by calling 714-935-0900, or online at ThompsonBoxing.com. Fight fans will be able to watch all Thompson Boxing fights, weigh-ins, and behind-the-scenes content, via their new Mobile App downloadable on Apple and Google.

Here is what Acosta had to say about his upcoming fight with Sims, his recent training camp, and more.

“It was a really hard training camp, in which I trained two-to-three times a-day, invested in myself, like all high-level fighters have to do. Everyone on my team molded together to make this the best camp of my career. I know an impressive win on Friday night could lead to big things. That is what I want, so I went all in on this camp.”

On his upcoming fight with Sims:

“I am excited to prove myself on this level. I have worked hard on my diet, strength program, developing a social media following with my YouTube channel, and now I feel whole, as a person and a fighter. It comes down to performing on this night, and I know that Marlin Sims will see the best version of me on night night, as will the fans. I’m expecting him to be in the best shape of his life, which is going to make for a great fight. He does a lot of good things in the ring, but I feel my ring IQ and determination will get me the victory.”

“I lost a lot of momentum when I lost to Ruben Torres. Torres is being thrown around as a prospect of the year contender, and I felt that was a close fight, but people didn’t pay attention to my career the same way after I lost. This is my chance to prove the doubters wrong, and show just how good I am. I want to break onto the scene at the world-class level. I want to be respected in this division, and a convincing will help.”

On fighting in So-Cal on another Thompson Boxing Promotions card: “Thompson Boxing Promotions has built my career the right way. I won’t lie, it hasn’t always been easy, but I know I am a much better fighter than most fighters with my record. I know where I stand in the division and what I need to do. Part of what I need to do is get the L.A. fight fans behind me, as they have supported me thus far, and I look to travel someday soon when the right fight happens. I have all the support of Southern California behind me, and I’m expecting a lot of fans to be at my fight this Friday.”