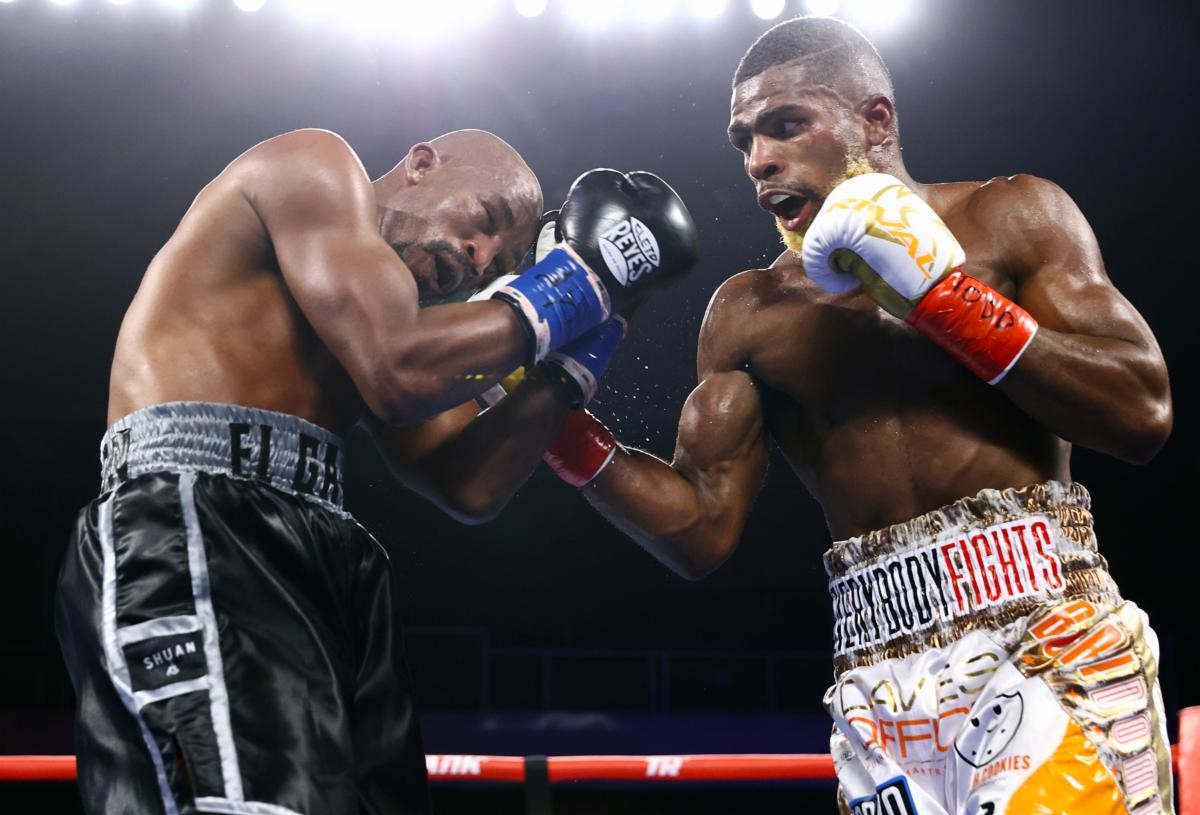 Abraham Nova made his featherweight debut with an 8th round stoppage over William Encarnacion.

Nova dominated the action as he landed some solid body punches early. Nova began to take his work upstairs and started to wobble Encarnacion in round six. Nova continued to break Encarnacion down through the rest of the fight, which was stopped at 55 seconds of round eight after a big flurry of punches.

Nova said, “It feels good to fight close to home a day after my birthday. I had a tricky opponent in front of me, but I got the job done.

“I want {WBO world champion Emanuel Navarrete}, to be honest. Everybody thinks he’ll blow me out. Put him in there. Let’s see if he’ll do it. I know I’ll beat him. I know I have the punch output, I know I’ll knock him out, and I know I’ll be the next WBO champion.”

Omar Rosario celebrated his 24th birthday with a six-round unanimous decision over Raekwon Butler in a junior welterweight fight.

Rosario dominated the action as he came out working the body. Rosario used a very pinpoint jab that would set up power punches. The fight was close to being stopped in Rosario’s favor several times, but Butler was either saved by the bell or was able to do just enough to get out of the round.

In round six, Butler was bleeding from his nose.

Rosario is promoted by Top Rank.