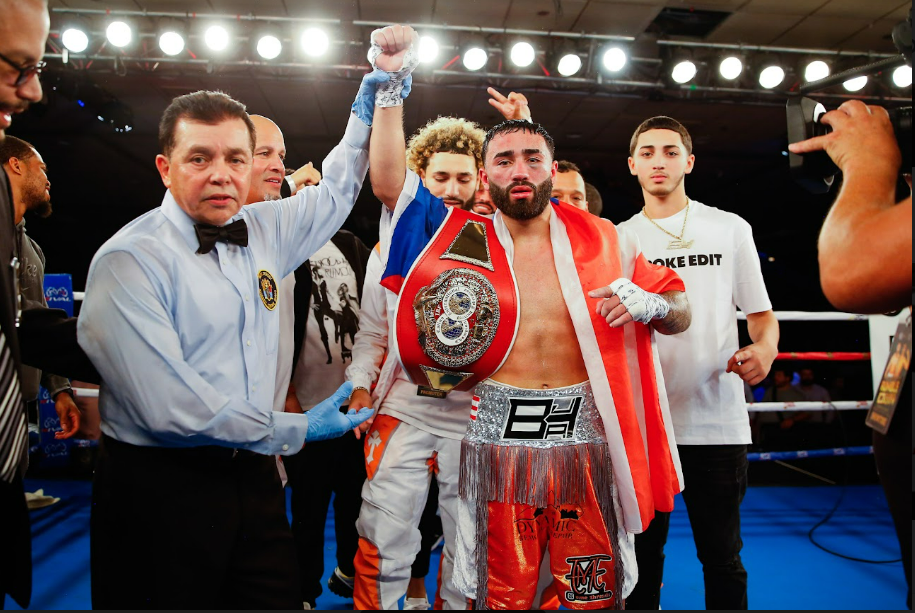 In an entertaining scrap that produced a lot of contact, Joseph Adorno won a 10-round unanimous decision over Hugo Alberto Roldan to win the IBF Latino Junior Welterweight title at Ballys Atlantic City.

In round two, Adorno landed two counter lefts to the side of the head, for which Roldan’s glove touched the canvas.

Roldan continued to press the action throughout the fight, but Adorno was on point with check hooks and body shots. Both guys had swelling under their eyes.

“I feel like all the hard work I put in since I was a little kid is finally starting to pay off and coming all together,” said Adorno, who took the fight with Roldan on four weeks’ notice after Shinard Bunch withdrew from the main event. “I did lose a little love for boxing for a while. But I’m proud. He was an awkward fighter. I took the fight on short notice. He’s a higher weight class than me. I’m a 135-pounder. All the hard work pays off. I went through a lot in the ring tonight, as any fighter does. I hurt my hand. I got hit with a headbutt that almost closed my eye. But I overcame it all. I got what it takes. I can hang in there with the top guys. Give me a couple more fights and I’ll be ready for anybody.”

“You learn a lot from a fight like this,” Adorno said. “In boxing, you’re going to face guys with different styles. Not everybody is going to be the same. Weird guys like Roldan make you look ugly. But you have to get through it, listen to your corner and adjust. That’s what we did tonight. He came out with that aggressive style because he knew he had to throw a lot of punches to win the fight. I understand that. He’s not a power-puncher so he had to throw punches to have a chance. I’m just glad we got the victory.”

Adorno is promoted by GH3 Promotions.

Spencer rocked Lozano in the opening seconds, and then dropped her with a left hook. With Lozano hurt, Spencer landed a big flurry of punches that forced the stoppage just 63 seconds into the contest.

Spencer of Montreal is now 7-0 with five knockouts. Lozano of Monterrey, Mexico is 9-2.

Spencer is promoted by Eye of The Tiger Management.