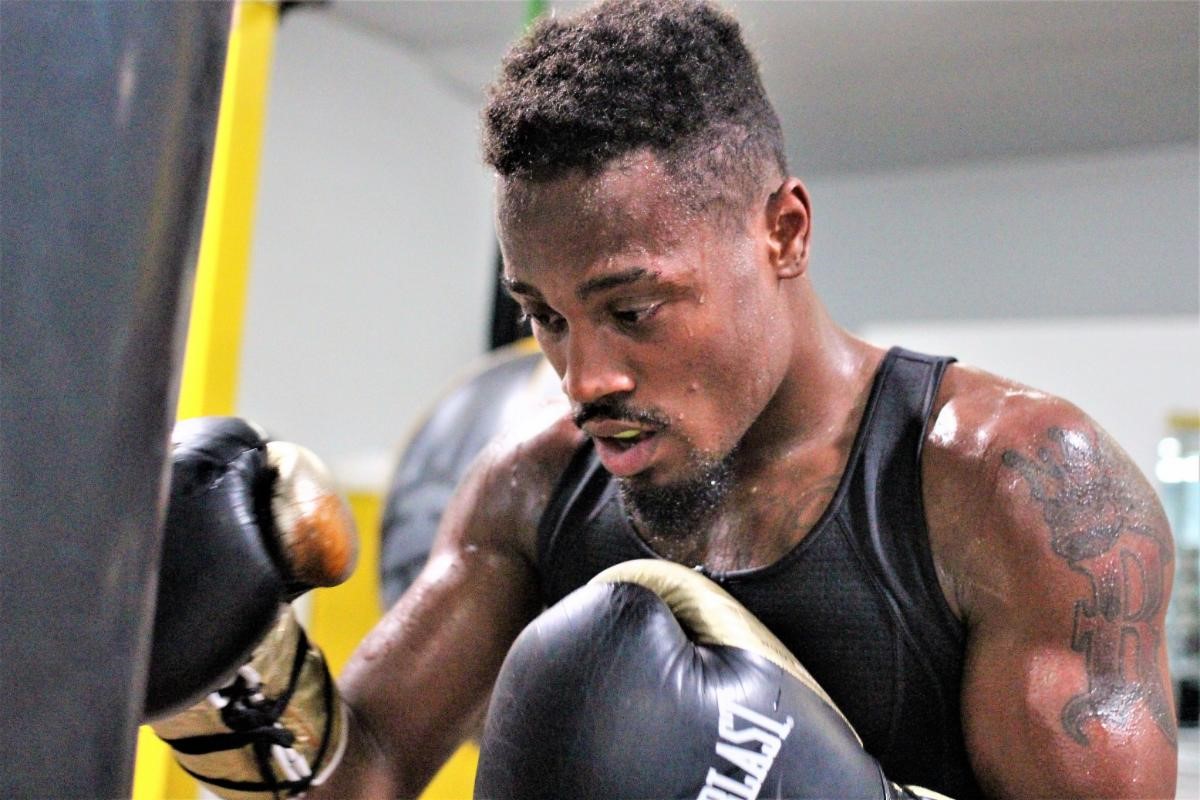 LAS VEGAS (November 19, 2021) – Undefeated super bantamweight Ra’eese Aleem will look to further cement his status as a top contender when he faces Mexico’s Eduardo Báez in a 10-round duel live on SHOWTIME Saturday, November 27 in a Premier Boxing Champions event from Dolby Live at Park MGM in Las Vegas.

Tickets for the live event, which is promoted by TGB Promotions, are on sale now and can be purchased at ticketmaster.com.

Aleem returns to the ring after a statement victory in January on SHOWTIME, as he dropped the previously unbeaten Vic Pasillas four times on his way to a dominating 11th round TKO victory. Here is what Aleem had to say about his November 27 matchup and more from training camp in Las Vegas:

On his recent training camp in Las Vegas with Coach Bobby McCoy:

“I have been out of the ring since January, but I have stayed focused. My trainer Bobby McCoy has been right by my side since then, and together we have been working hard to get to this point. The sparring we’ve got here in Vegas is second to none, so I know I’ll be ready for anything Baez brings. I’m in great shape and I’m the hungriest I’ve ever been in my career. “

On the WBA title eliminator situation (Aleem chose to keep his fight date with Baez after the WBA ordered an eliminator match versus Azat Hovhannisyan):

“As many may be aware, I chose not to fight Azat Hovhannisyan in the WBA super bantamweight eliminator. My reasoning is simple, I have been out of the ring since January. I am a fighter and I need to fight. I just had my best performance, and my fight has been pushed back already once. I want to be able to get this fight in, work on things I need to improve, and then take on the next challenge in front of me.

“For me, sitting on the shelf even longer was unrealistic at this stage in my career. I am a fighter the fans want to see face the world champions at 122-pounds. I beat the most dangerous guy in the division for the interim title, so I should be fighting the champion.”

On his opponent, Eduardo Báez:

“Báez is tough pressure fighter, and I will have to be ready for a grueling fight. He is unbeaten in his last twelve fights, with eleven wins and one draw. His only loss was to Mauricio Lara, a world class fighter. I am taking this fight very seriously since this is the type of fight that could ruin everything I have worked for.

“I am going to make a statement in this bout and end the fight before the final bell rings. I know none of the top fighters want to fight me, unless the sanctioning bodies force them into fighting me, so because of that, I must keep winning.

“I am annoyed because I know I am the best super bantamweight in the world. I have been watching a lot of Marvin Hagler and finding inspiration in his story. I know that if I keep winning in spectacular fashion, the fans will demand to see me in a big fight. Until then, I just have to keep winning.”

On fighting in his adopted hometown of Las Vegas:

“I get a lot of support in Las Vegas. A lot of people will be coming out to see me fight. I’ve sparred some great fighters that stay out here, and they all want to see me in action. I carry myself as a humble fighter, but I know I am one of the very best, and my confidence is felt by those around me. I know others believe in me, and want to see me perform, so this will be a coming out party for my Vegas peeps. I feel I have been embraced by Las Vegas, and now I intend to get a knockout victory in my new hometown and steal the show.”

On Fighting on SHOWTIME:

“I love fighting on SHOWTIME. I feel like I have grown-up as a fighter on this platform starting on the ShoBox: The New Generation platform, and then having a dominant knockout win over Vic Pasillas. I want to stay fighting on SHOWTIME since the executives and staff have always treated me great, and I feel at home here.

“I want the winner of Figueroa vs. Fulton. If the winner won’t fight me, then the world will know they are ducking me, that they are not true warriors, and they can’t be considered true champions to the fans. I want to fight for a world title, and I want everyone watching on SHOWTIME to know my hunger is real.”