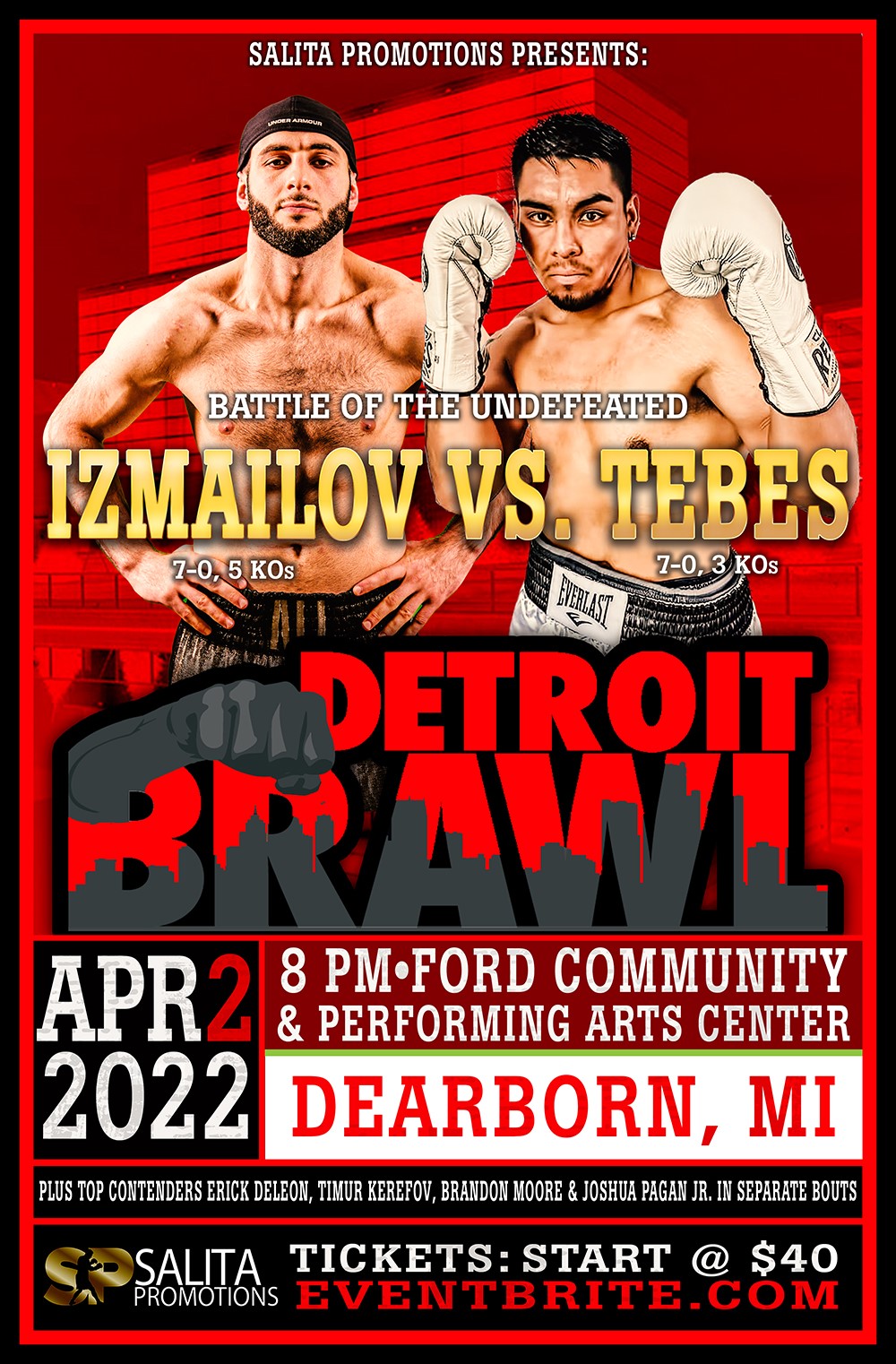 Considered one of the hardest punchers in boxing and now working with highly regarded trainer and former champion John David Jackson, 28-year-old Izmailov is a former amateur standout on the international level, now competing as a world-class professional. Izmailov has already held the WBO Global Championship in his short two-year pro boxing career, among many impressive performances. He was last seen in the ring in January, needing just four rounds to brutalize capable veteran Israel Duffus at the Caribe Royale in Orlando, FL.

“Every fight I am coming to show my sharpened tools,” said Izmailov during a break in training with Jackson. “I am excited to fight again in Detroit against my undefeated opponent to give to the fans another spectacular knockout. I will soon be world champion.”

Tickets for “Detroit Brawl” start at $40 and can be purchased by clicking HERE. PLEASE NOTE: Tickets ordered online will be placed in will call at the box office for pick-up. A limited quantity of VIP tickets is also available by calling 313.529.7604.

“Ali Izmailov brings a lot of knockout power to the Detroit Brawl,” said event promoter Dmitriy Salita. “Under the tutelage of John David, he is becoming an unstoppable force in the division. It’s only a matter of time before he faces a world champion and, with his incredibly heavy hands, wins his first championship belt.”