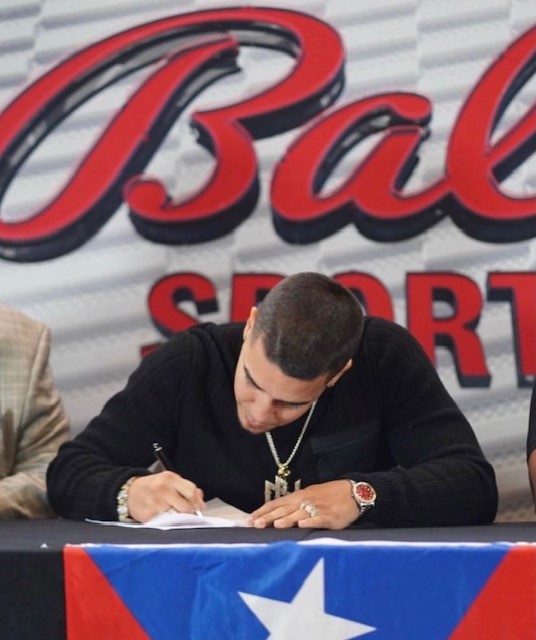 Hailing from Arecibo, Puerto Rico, Bravo was a standout amateur. In 2012, Bravo was an alternate for the Puerto Rico Olympic Boxing Team. He won a gold medal at the 2012 Caribbean Games, bronze at the Independence Cup and owns a victory over Olympic Gold Medalist Robson Conceicao.

As a pro, Bravo’s a perfect 20-0 with 14 KO’s. He joined boxing’s paid ranks in 2015 and knocked out his first six opponents. In 2019, Bravo became the WBC Latino lightweight champion after defeating Emiliano Martin Gracia via unanimous decision.

“I feel extremely blessed for this opportunity to fight on the Entrobox Series,” said Bravo, who has a bachelor’s degree in criminal justice and plans to become a lawyer after his boxing career. “There’s a large Puerto Rican community in the Orlando area that does a great job of supporting the sport. The plan is to keep winning and do so impressively so I can get in the ring with one of the top 140 pound fighters.”

Bravo returns to the ring Saturday, May 21 and will face contender Fernando David Saucedo, 63-9-3 (10 KO’s) of Argentina in an eight round contest. Bravo-Saucedo will be televised at 9 PM ET as part of Entrobox Fight Series on Bally Sports Network from the Caribe Royale in Orlando, FL

“Nestor Bravo is one of Puerto Rico’s top young talents and the entire boxing world will see the kind of fighter he is” said Ron Johnson, CEO of American Dream Presents. “He’s got a big following and a bright future outside of the ring as well but most importantly, he’s very humble. We’re very excited to have Nestor fighting for us and believe he has what it takes to become one of the world’s top junior welterweights.”

Tickets are on sale at https://www.ticketmaster.com/bally-sportsentrobox-championship-boxing-orlando-florida-05-21-2022/event/22005C889425AF5F.

Doors open at 5 pm and the opening bout takes place at 6. A four diamond resort, the Caribe Royale is a 1,388 room resort that provides a luxurious and relaxing experience for guests of all ages. Amenities include a spa, five restaurants, kid’s splashpad and playground, a two-story fitness center and a large outdoor pool featuring a 75 foot waterside. Fully re-imagined and renovated with over $127m in improvements and expansion Caribe Royale is the premier all suite hotel in Orlando.