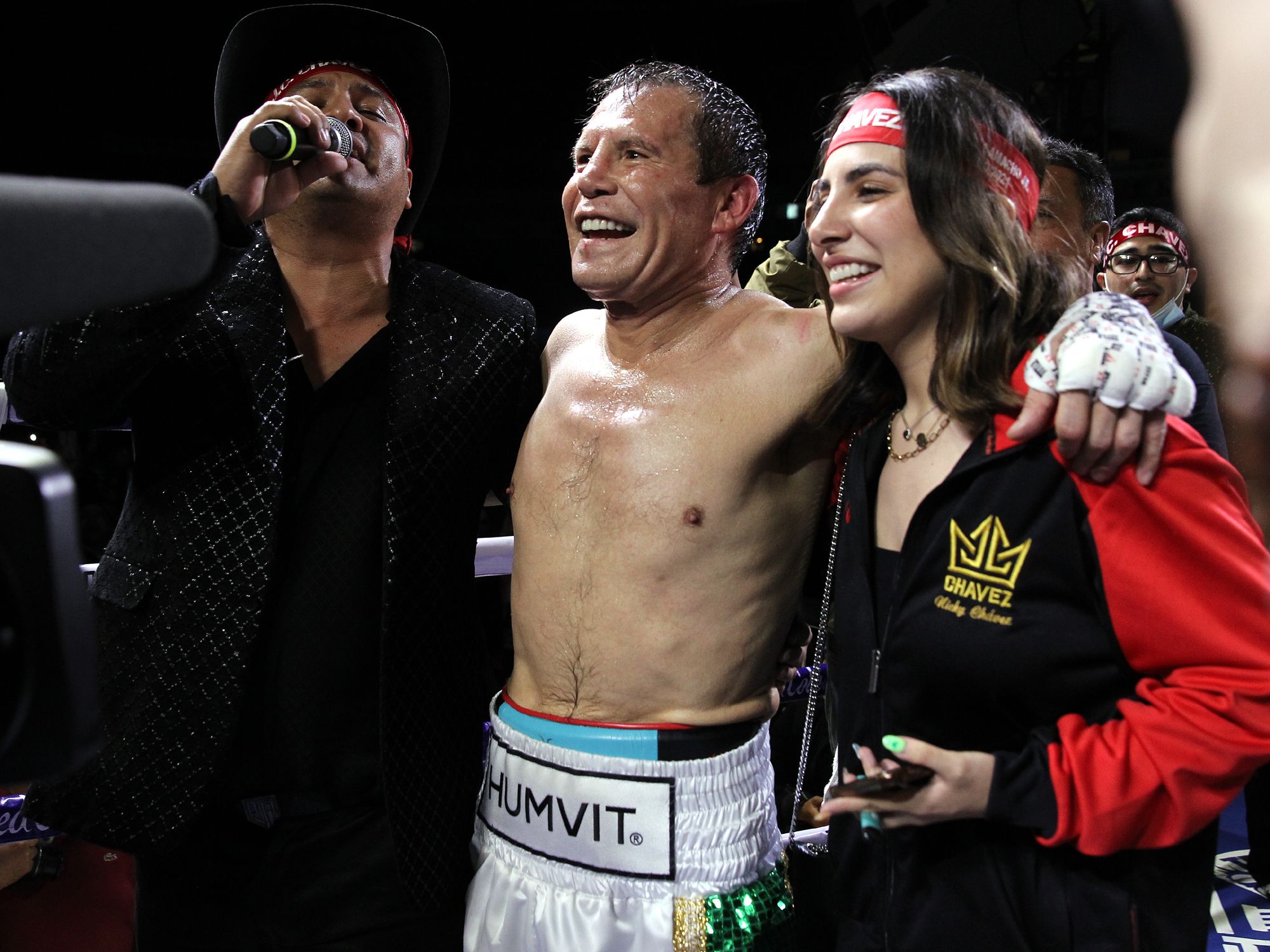 The bout headlined Tribute To The Kings Pay-Per-View

The two fought hard, which was much to the delight of the crowd. Before the final frame, Chavez called in pound-for-pound king, and Guadalajara native Canelo Alvarez to stand in his corner. The two once again embraced after the fight, which seemed to be a symbolic passing of the torch from past to future Mexican darling to current superstar and future legend that Alvarez is on course to be.

The bout was special for all involved as Chavez fought Camacho’s late father, Hector Camacho 29 years ago.

This bout marked the end of an era, as Chavez announced that this would the final time he would enter a boxing ring, and that he would hang up the gloves for good. Chavez has has been participating in exhibitions in recent years.

Silva was the more aggressive fighter and landed more and had Chavez on the ropes for a good portion of the fight.

Silva, 182 lbs of Brazil, is widely considered the greatest MMA fighter of all-time and now has a professional boxing record of 2-1. Chavez, who weighed in 2.4 lbs of the contracted weight of 182, is now 52-6.

“I ’m so happy to be here. I want to thank Adidas for taking care of me and supplying me with all the gear that I needed to train for this fight. We won every round . This has been a dream of mine for many years. I did this because I have the best team . My team is my family. We did this together. Lots of hard work to get to this point. Absolutely will do this again,” Said Silva.

“I did good ,I just had some problems breathing plus my ribs were kind of hurt ,the cut didn’t affect me at all. I thought it could have been a draw,” said Chavez.