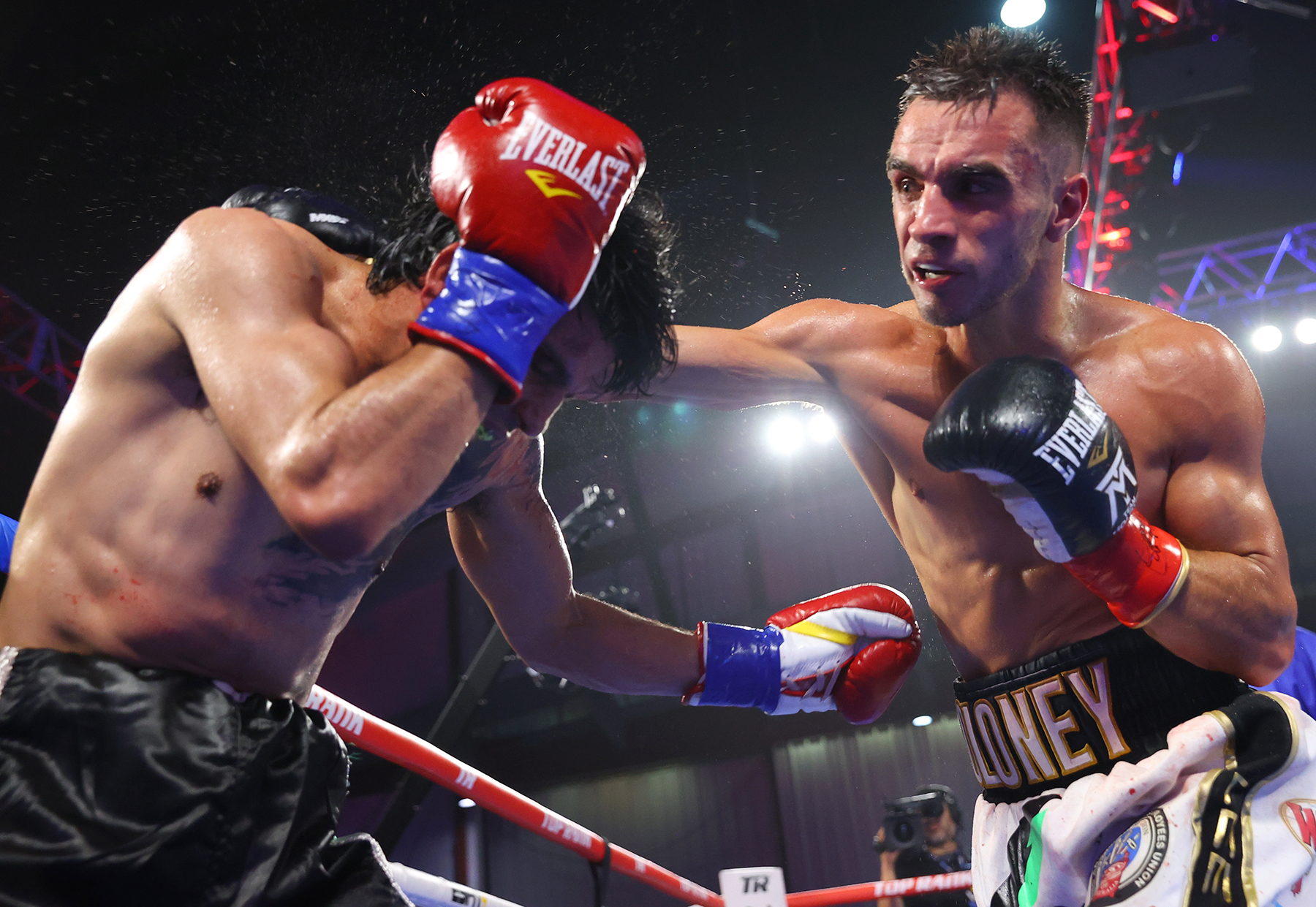 (April 26, 2022) – Australian Andrew Moloney WBA #5, WBO & WBC #6 returned in classy fashion this month, as the super flyweight standout emerged victorious on ESPN in his most recent US outing.

Moloney has held the WBA world 115lbs crown, with his most recent world title pugilistic disputes coming against Joshua Franco.

After a successful display in Southern California against GIlberto Mendoza this April, in which Moloney became the first boxer to stop Mendoza in 10 years. Moloney analyzed his own performance and the state of the 115 pound division.

Andrew , said, “I was delighted to get back in the ring on ESPN again, so thank you to Top Rank and my team headed up by Tony Tolj for getting me another opportunity on the world’s biggest sports broadcaster.

“I was happy with my performance. I shook off some rust and showed that I was back to my best. This was what I really needed and I’m glad I got to put on a performance that justified why I am a former world champion. There is a lot left in the tank for me at super flyweight, and I believe Im improving everyday and learning and I showed that to everyone watching on ESPN.”

Moving forward, the slightly lighter Moloney twin has his sights set on becoming world champion, with Japanese great Kazuto Ioka (WBO) at the top of his hit list.

The classy Australian opened up on the landscape of the 115lbs division. He stated, “The division is arguably the most underrated division in boxing today. There are so many quality fighters operating at super flyweight, it’s exciting to be considered part of the elite of the division.

“Fighters like Estrada are dream fights. I wouldn’t ever turn those down. Ioka is a dream fight for any boxing purist. He’s an amazing fighter and a living legend. I would also like to fight newly crowned IBF Champion Fernando Martinez. With Australian boxing buzzing now, and big events coming to Australia, that’s a dream fight I would want on a card featuring the likes of George Kambosos Jr and Devin Haney.

“If I have to go to Japan to challenge for the WBO belt, it would be my honor. Ioka is a great, but I believe I’m still improving and if the fight came around, Doesn’t matter if its the WBO, WBA, IBF or WBC and if I have to go to Argentina, Mexico, America, England or Jupiter I will travel anywhere to become become world champion again.

Andrew Moloney is always ready and always comes to fight, I will be World Champion again soon!”