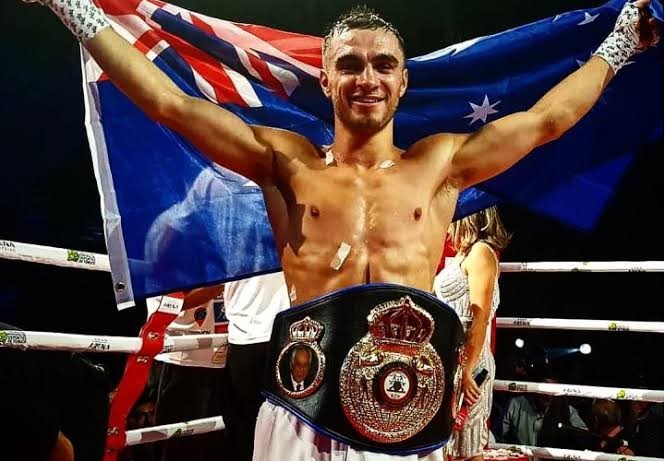 (September 9, 2021) – Andrew Moloney is already eyeing another showdown for the world title, as he sets his sights on Japanese legend Kazuto Ioka.

Ioka recently made another successful of his WBO world crown, which is his fourth defense of the belt that made him a four weight world champion.

Ioka was made to work for his victory against the very game Mexican Francisco Rodriguez Jr.

Moloney gave his thoughts on Ioka’s defense and weighed in on a potential clash between the pair.

“I watched the Ioka fight and thought it was a close fight. I thought Rodriguez started the fight well but Ioka finished stronger and was landing the cleaner punches through out the last half of the fight.

“I would absolutely love the opportunity to fight Ioka. Ioka is a legend of the lighter weights, a 4 division world champion and a future hall of famer but its a fight I truly believe I can win. I really hope we can make this fight happen as soon as possible.

“A win over Ioka would be huge for my career so that’s the fight I want and I will be doing everything I can to make it happen. If that means traveling to Japan to fight him I am happy to do that. I have nothing but respect for the great champion, and I would love to challenge for his title.”

Moloney’s manager, Australian boxing baron Tony Tolj gave his thoughts on a perspective showdown between two of the best super flyweights on the planet.

Tolj said, “I really like this fight not just for Andrew but as a boxing fan. Andrew has admitted he has worked hard and learned a lot from his experiences in the USA, and this is a fight that really gets the interest of the proper boxing fans especially in the likes of Australia and Japan, who understand the skills of the fighters in the lighter weights.

“For me Ioka is a legend. An amazing fighter. Our team have all the respect in the world for him. Respectfully, Team Moloney would like to challenge him for his title, as we believe this would be a great fight, especially in Japan. Andrew and his brother Jason have showed they are not scared to travel, and we look forward to hopefully making this fight in the future.”