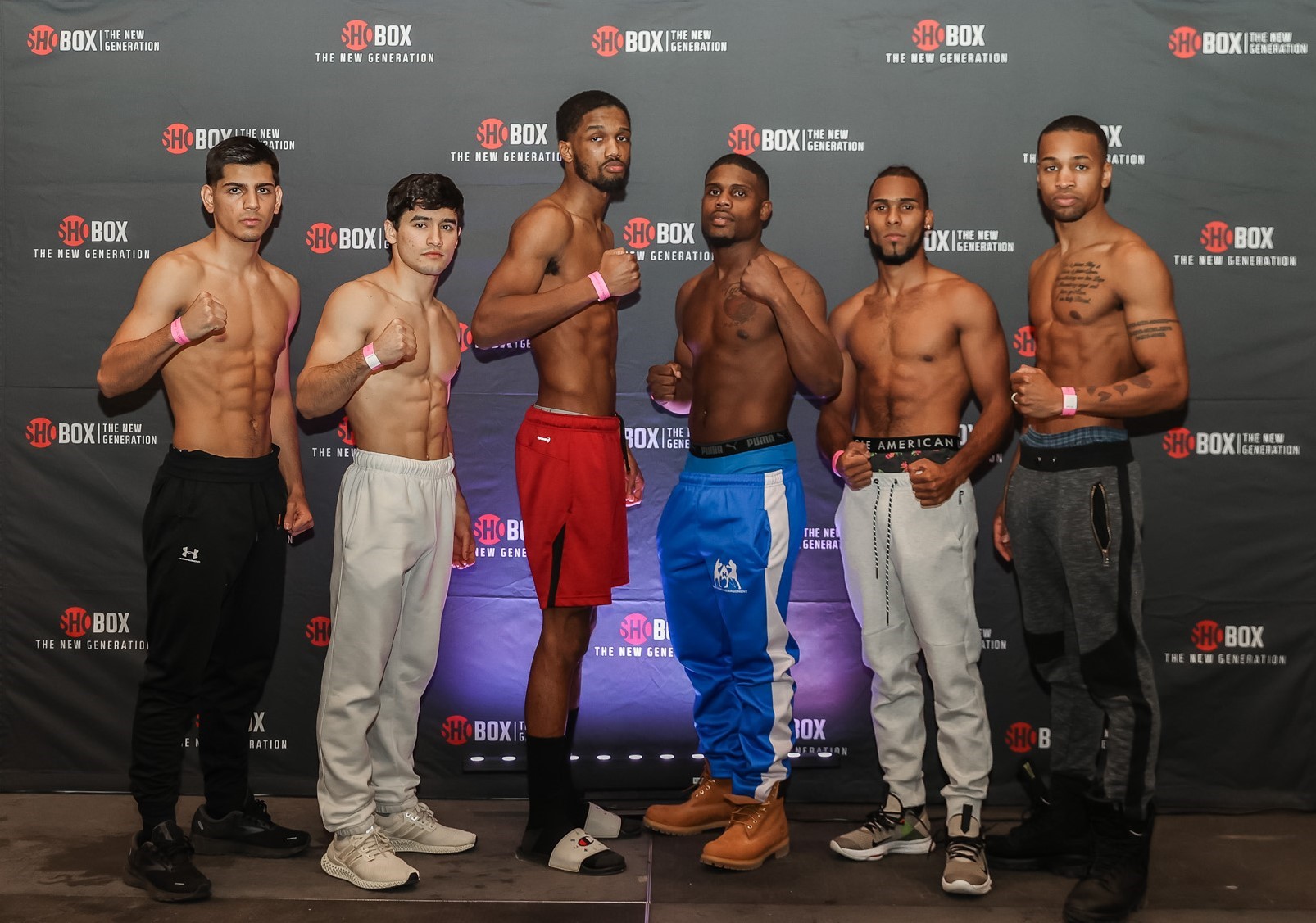 Raul Márquez will occupy dual roles during the broadcast, first as his son’s trainer and cornerman and then later as an expert analyst alongside his colleagues ringside. He will be joined by Hall of Famer Barry Tompkins calling the action with veteran combat sports reporter Brian Campbell also serving as an expert analyst, and Hall of Famer Steve Farhood remotely performing unofficial scoring duties. The executive producer of ShoBox: The New Generation is Gordon Hall with Richard Gaughan producing and Rick Phillips directing.

The tripleheader is promoted by Holden Productions.

“The long layoff is due to the pandemic and just waiting for the right opportunity to come along. I was dealing with a lot of things at the time, deaths in the family, so part of it was getting myself mentally ready to take advantage of the opportunity when it came along.

“Flint Michigan is just a special place. Whenever you go out of town, people would say, ‘What is it about Flint?’ We’d say, ‘There’s something in the water.’ We’ve been saying that for years. And then all that stuff happened (with the water being contaminated). It’s just a beautiful, tough place, but it’s still beautiful.

“After being off for this long, I’m super excited for this opportunity. I just kept my head on straight and stayed positive and here we are. My son was a big motivation for me for this fight. And a guy I fought (and lost to) in the U.S. Olympic Trials, Paul Kroll, who I heard was talking about fighting me. He also motivated me.

“Accepting the fight late wasn’t a big deal. I’d already been training. I’m excited for this opportunity and I feel good.

“I’ve gone up and down in weight, my last fight was at 140, but I’m used to fighting big guys, so this is not a problem. I’ve fought a couple guys who were 6’2”, so I’m ready. It’s been a year since February since my last fight and I’m ready to get my feet back wet again. I feel strong.

“I’m just an aggressive fighter. My trainers want me to be aggressive and more technical and more defensive, but it’s like the bell rings and I turn into a real different animal. I don’t care how big you are, but I’m going to be smart for this fight. I don’t want to get caught by anything stupid.

“I consider myself a Hagler type. I love to brawl. I can really punch. Everyone in Chicago knows about my power. They brag on me, ‘Oh, you punch so hard.’ But I’m also learning it’s about conditioning and moving my head, and I know there’s more than just being able to punch.

“Everyone knows my right-hook is dangerous. But I knocked out a couple southpaws taller than me with overhand lefts because they were focused on my right. I can switch but I’m not like a Terence Crawford, but I will do it just to throw a guy off.”

“We are excited and ready to do the work. I’m not surprised at the success we’ve had. When you put in the hard work it shows in the end. I think our record shows that. We train hard all the time.

“I haven’t had a lot of rounds, but that doesn’t bother me. When we are sparring we go lots of rounds and bring in new, fresher guys while I’m staying in there the whole time. Eight rounds, 12 rounds. The conditioning is there, and the stamina. Whenever we end up going those rounds, the conditioning will show.

“I’m never worried about how hard I’m hitting a guy or trying to impress myself. I don’t deal with that pressure where I gotta knock this guy out. It just comes. You know, in the [Darel] Harris fight it didn’t come but I got my knockdowns and we did our work still.

“[De Los Santos] has the best record so in my mind he is the best I’ve ever faced so far. Just like all my other fights it doesn’t matter who is in there across the ring from me I’m going to go in there and do my thing.”

“I know Luis Acosta is a tough opponent, just like all the other Mexicans that I have fought. I know he works hard in the ring, just like I do. I know he’s also a very intelligent and skilled fighter.

“Physically I wasn’t ready for my last fight [a loss on ShoBox]. The running on the treadmill instead of out in the streets and in nature affected me. The weather conditions were very cold at that time. The weight cut also affected me. I feel like now that I’m working out harder and smarter and not having to cut as much weight has helped me.

“I don’t know which way this fight goes. It could be a knockout, or it could go the distance. It was a very bitter defeat I tasted in my last fight and so it’s very important for my career that I can come back and get a win this time to take me to the next level.”

“I ended up winning the National Golden Gloves which opened a lot of doors and opportunities. And here we are now. I never imagined I would make my debut on ShoBox. I’m looking forward to it and I’m just ready to go out there and perform.

“Some say there’s a lot of pressure on me. Of course, there’s pressure. Being my dad’s son, there’s always going to be pressure but I just use that pressure as motivation and it just gives me a feeling that I have to prove something. That’s when I perform best.

“I always felt I had more of a pro-like style. In the amateurs, it’s only three three-minute rounds. There’s not too much time. There’s a lot of guys that move, hold, throw little pitty-pat punches. Whereas I like to sit on my punches and look for openings. I think I’ll be able to show my style more in the pros than I was in the amateurs because there’s a little bit more time.

“I know that Morales will be hungry. This is a good opportunity for him. I’m definitely not taking him lightly. I’m looking to go out there and have a great first impression on the boxing world. This is a great opportunity to do that. I definitely want to win in spectacular fashion.”

“Every boxer’s dream is to fight on TV and get these kinds of opportunities. I come from a town where there’s always been a lot of guys doing big things, and I’ve been working quietly. Now I have this big opportunity and I really want to take full advantage of it. I’m super excited especially to be on a platform like SHOWTIME. I never thought this would come.

“Márquez has a lot of amateur experience. His father was a world champion. I know he’s been around these types of platforms. I don’t expect him to be completely nervous where he won’t be on his game. So I’m just expecting the best of Giovanni Marquez and I just have to do my thing. I expect him to be very confident. He’s been around SHOWTIME and this is my first time on SHOWTIME. I have to do something big too.

“Right now, I manage myself. I’m self-managed and I do my own thing. I look for my own fights. I just want to do my thing and look good to the point where somebody is going to reach out to me and say, ‘I want to work with you.’