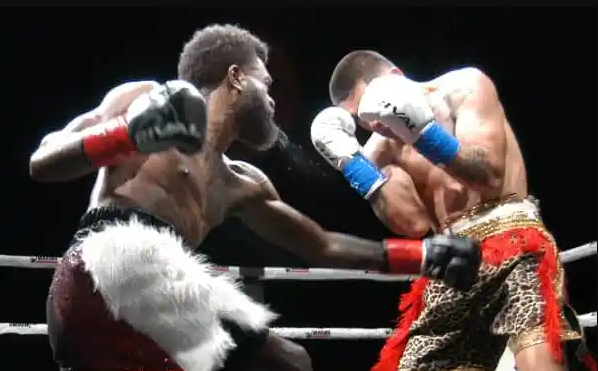 BELLEVUE WASHINGTON (March 15, 2022) – Before a sold-out crowd Saturday night at the Meydenbauer Center. in Bellevue, Washington,  Deonte  Brown (15-0 11 KO’s) stunned WBA #10, WBO#15 Mexican prospect Jesus Saracho (10-1 9 KO’s) with a ninth-round TKO. The undefeated fighters were contracted for the NABA and WBO Latino belts but. Saracho, now residing in nearby Auburn, was unable to make the 135-pound championship limit so only Brown was eligible for the belts.

Despite being outweighed by over 10 pounds, Brown 26, was clearly the aggressor during the fight and appeared too fast for the highly-regarded Mexican star. Deonte looked polished and was accurate with his quick jab. Saracho 20, looked noticeably heavier and slower than Brown.

The end came when the former NABA Champion seemingly looked frustrated in the later rounds. A crushing left hook knocked him down in round 9 and while he staggered to his feet, the bout was stopped bringing silence to the local crowd.