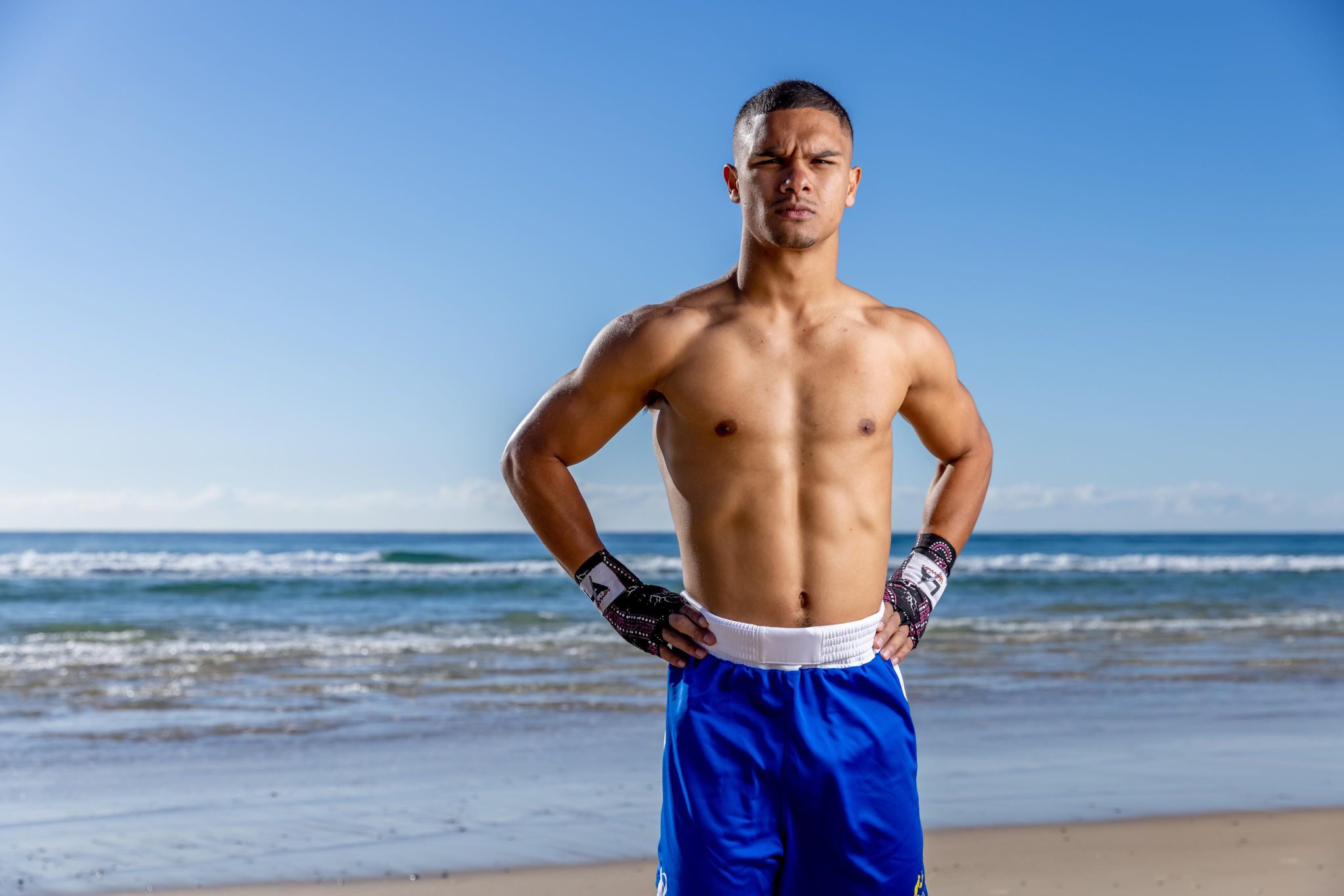 (December 6, 2021) – Dragon Fire Boxing, headed up by Tony Tolj, is delighted to announce the signing of 2020 Olympian Alex Winwood.

Winwood competed as a flyweight as an amateur, having domestic success before heading to the Tokyo Games. A native of Perth, the 24-year-old has inked a long term pact with fellow Western Australian Tolj as he gets sets to readied for his professional journey.

Winwood discussed turning professional with Dragon Fire Boxing, “I honestly never thought the day would come that I would turn professional, but I’m grateful to Tony Tolj and Dragon Fire Boxing for giving me an amazing pathway into professional boxing. Tony has done brilliant work with the Moloney Brothers, and I hope to be in that category on a world scene someday soon.

“My goal as a professional is firstly to be inspiration to indigenous fighter what it means to represent your people. I am a indigenous Noongar man first and foremost my skin tells the world I am a proud Indigenous man. My people are warriors that have a great sense of community we look after one another and move forward together I’m just doing my small part in the community.

“From a fighting standpoint everybody is on my radar and I want to win the Australian title first and foremost before progressing to the world scene. I have been a champion internationally as an amateur and I want to create that success as a pro.”

Perth based Winwood has spent time in camp sparring both Moloney brothers along with Bruno Tarimo who is set to face off Zelfa Barrett in an IBF world title eliminator. The proud flyweight opened up about his time in camp with the Moloneys.

He said,  “I train in Perth and I love my city. However, boxing at flyweight I’ve had to make do with bigger sparring partners and not having the level of competition that I need to push me, so it’s hard to be so far away from the rest of the boxing population.

“I’ve boxed out of the Eureka boxing club which isn’t flash as its the backyard of my coaches house and despite of all of road blocks of competition and sparring we’ve made do and got to an Olympic Games.

“Sparring with the Moloney’s and Bruno Tarimo is the best work I can get in Australia. They are in the prime of their careers and they’ve taught me a lot in the sparring sessions that we’ve done. They are all every experienced and I can’t wait to learn more from them and I understand why they are elite level fighters.”