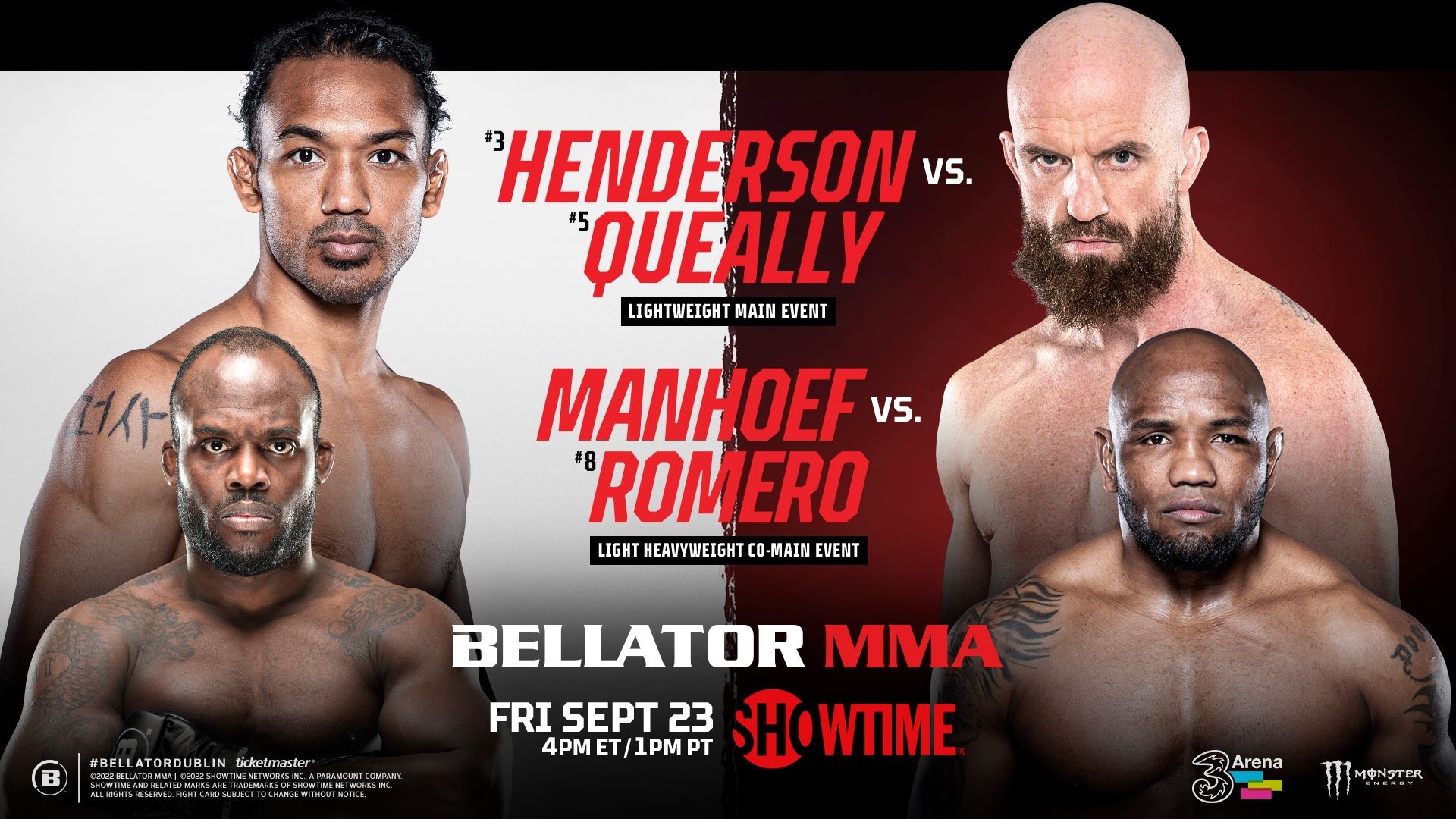 Tickets for BELLATOR Dublin: Henderson vs. Queally are now on sale and can be purchased at Ticketmaster.ie and Bellator.com.

The main card will now also feature a top-ten featherweight tilt as No. 4-ranked Mads Burnell (16-4 MMA, 3-1 BMMA) of Denmark takes on No. 6-ranked contender Pedro “The Game” Carvalho (12-6 MMA, 5-3 BMMA) of Ireland in a high-stakes, fan-friendly affair.

Ranked third in arguably BELLATOR’s deepest division, Mads Burnell, 28, has established himself as one of the most talented contenders at featherweight since signing in 2020. The former Cage Warriors champion rattled off three straight wins over Darko Banović, Saul Rogers, and Emmanuel Sanchezbefore being narrowly outpointed by Ádám Borics in a highly technical contest earlier this year. A dominant grappler, Burnell will look to return to the win column against Carvalho as he looks to solidify his status as a top title contender for Patricio Pitbull’s crown.

No. 6-ranked featherweight contender Pedro Carvalho, 26, will relish the opportunity to fight in his adopted home of Dublin, Ireland. The SBG Ireland product is a potent submission threat, notching half of his professional victories by way of submission. Carvalho sees in a matchup with Burnell an opportunity to turn his recent fortunes around and crack the elusive featherweight top-five in front of a raucous hometown crowd on September 23.

Darragh Kelly, 24, joined the BELLATOR roster earlier this year on the strength of one of the most impressive amateur records in recent memory. The undefeated Irishman has an impeccable 100% finishing rate, and the SBG Ireland product will look to extend his finish and win streaks against Kye Stevens in front of what promises to be a hugely favorable Dublin audience.

Kye Stevens, 23, will look to silence the Dublin crowd by handing Darragh Kelly his first career defeat on September 23. The Englishman brings with him a strong 3-1, 1 NC record into his BELLATOR debut, and he has developed a reputation on the U.K. regional scene for putting on exciting, fan-friendly fights.

Another unbeaten Irish prospect,Kenny Mokhonoana (3-0), will make his BELLATOR debut at BELLATOR 285. The 25-year-old has a 100% finishing rate since turning professional in 2021, with all three of his victories coming by way of submission. “Black Diamond” will look to continue his winning ways in what promises to be a thrilling BELLATOR debut.

Looking to spoil Mokhonoana’s promotional debut is Slovakian-Englishman Alex Bodnar (4-1), 28. Representing GYM 01 in Portsmouth, England, Bodnar enters the BELLATOR cage for the first time with a 4-1 record. He sports a 50% finish rate replete with both a submission and a knockout win.

One half of the final addition to the BELLATOR 285 preliminary card is French featherweight standout Asaël Adjoudj, 23. The SBG Ireland product has the length, at six feet tall, to be a problem at 145 pounds, and he has notched three wins since a contentious split-decision loss in his professional debut in 2020.

Adam Gustab, 32, will enter the BELLATOR cage for the third time in his career on September 23 in search of his first win under the promotion’s banner. Like his opponent Adjoudj, Gustab has won back-to-back fights. The Polish fighter, who fights out of Belfast, Ireland, will look to keep his success going at BELLATOR 285.