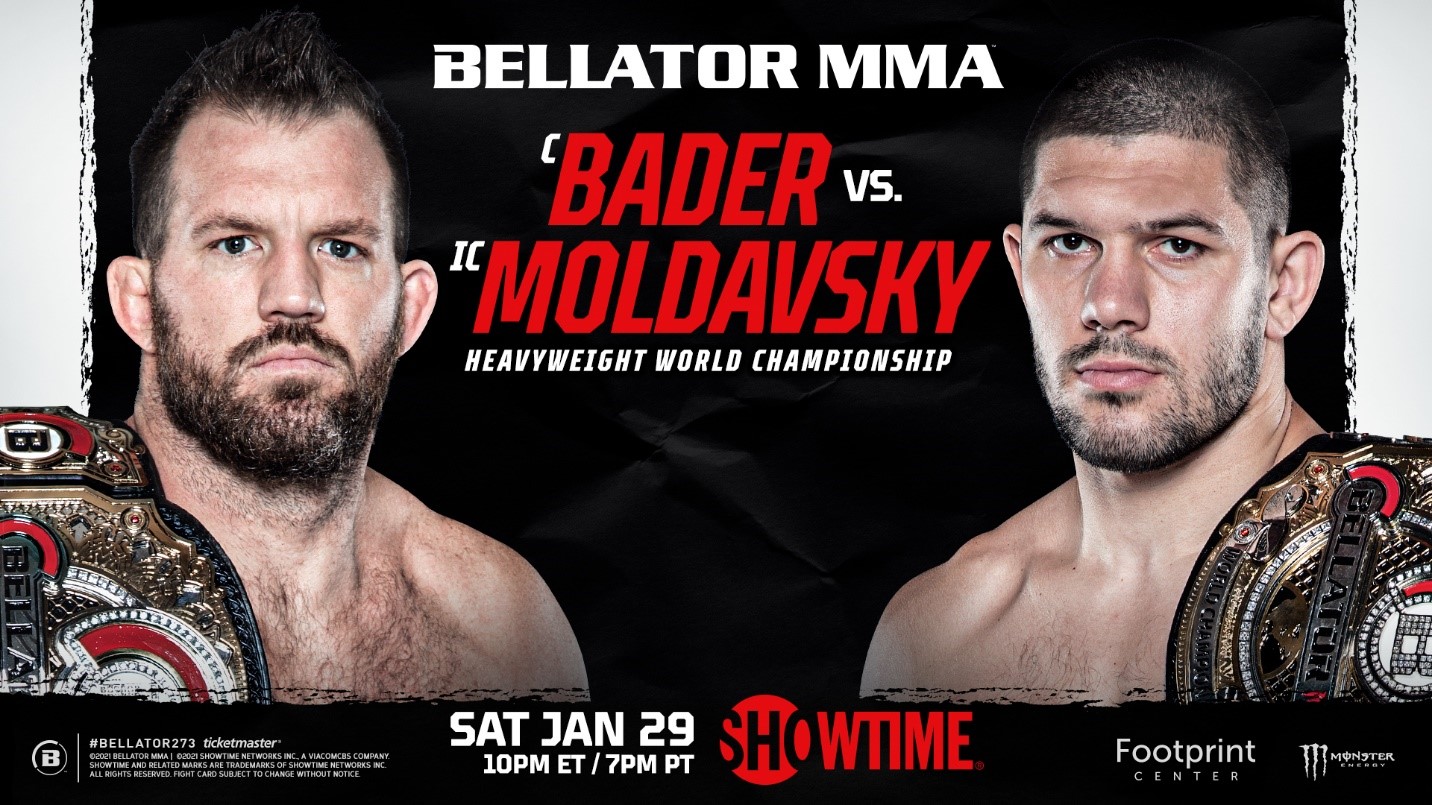 The main card will air live on SHOWTIME beginning at 10 p.m. ET/7 p.m. PT, while the preliminary card begins at 7 p.m. ET/4 p.m. PT and airs on the BELLATOR and SHOWTIME Sports YouTube channels, as well as Pluto TV.

Tickets for BELLATOR MMA 273: Bader vs. Moldavsky go on sale Thursday, Dec. 16 and can be purchased at Ticketmaster.com and Bellator.com. A special presale will be taking place the day prior.

A former two-division champion, Ryan Bader has had nothing but high-profile bouts since signing with BELLATOR MMA in 2017, defeating Fedor Emelianenko, King Mo, Matt Mitrione, Linton Vassell, Lyoto Machida, Phil Davis and has gone toe-to-toe with Vadim Nemkov, Corey Anderson and Cheick Kongo. A winner in eight of his last 11 bouts, Arizona State University’s “Darth” Bader will once again have a partisan crowd in attendance when he meets Valentin Moldavksy at the Footprint Center in Phoenix. Making his return to the heavyweight division for the first time since 2019, Bader’s last title defense came against the aforementioned Kongo, a bout Bader was controlling until an accidental eye poke prematurely ended the contest.

The winner of the first-ever interim title in BELLATOR history, Valentin Moldavsky became Bader’s mandatory challenger following a dominant win over Tim Johnson at BELLATOR 261. Training under the tutelage of heavyweight legend Fedor Emelianenko, Moldavskyhas begun carving out his own legacy, accruing a perfect 6-0 record within the confines of the BELLATOR cage. A multi-time European Sambo champion, Moldavsky has defeated top heavyweight contenders such as Johnson, Javy Ayala, Linton Vassell, and Roy Nelson on his climb to the top. Born in Ukraine, the 30-year-old looks to join teammate Vadim Nemkov and become the undisputed champion of the heavyweight division on January 29.