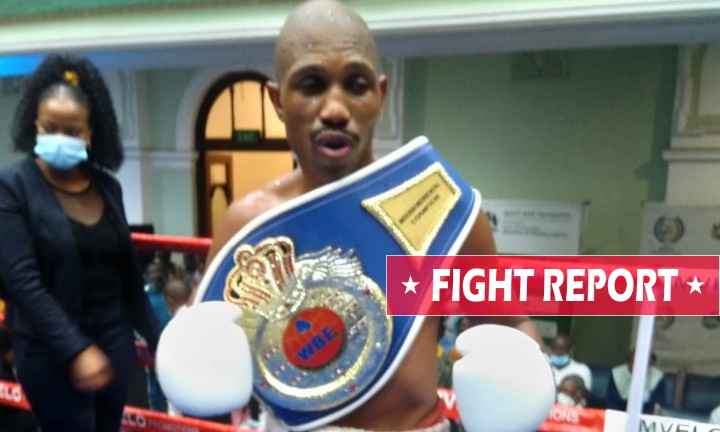 It was a very competitive bout, and, despite scoring a knock-down in round three, Bonokoane was behind on two of the judges cards when he managed to stop Ngema in the seventh round.

Fighting well off the back-foot, Bonokoane hurt Ngema with a right hand counter, and followed up effectively to floor his opponent who was not able to beat the count of referee Sipho Zondo a second time.

“Captain Charisma”, the new Intercontinental champion who held the WBF All Africa title between 2017 and 2018, improved his professional record to 11-4-3 (8).

Ngema, a former WBF International title-holder, drops to 5-2-3 (1). The 26-year-old however proved that he has the skills to come back strong in the future.

The fight headlined a show promoted by Nomvelo Boxing Promotions.