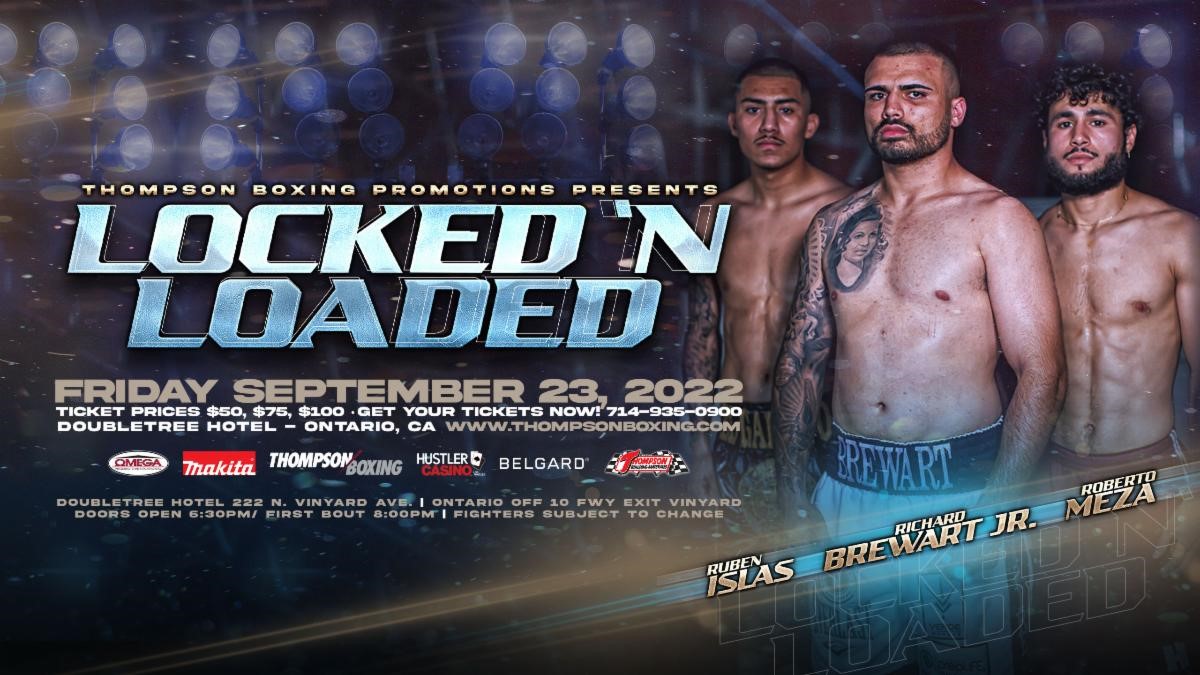 “Locked ‘N Loaded” will take place at the Doubletree Hotel in Ontario, CA on Friday, September 23, 2022. Doors open at 6:30 pm PT with the first fight starting at 8:00 pm PT. Tickets are priced $50, $75, and $100, are available for purchase by calling 714-935-0900 or online at www.thompsonboxing.com. Fight fans will be able to watch all Thompson Boxing fights, weigh-ins, and behind-the-scenes content, via their new Mobile App downloadable on Apple and Google.

“This will be another step toward my goal of becoming one of the top middleweights in the division,” Brewart Jr. stated. “This will be my fourth undefeated fighter that I’ll be facing in my career, and I wouldn’t want it any other way. These are the type of fights I need to win to get me ranked. I’m expecting a tough fight with Joeshon James, and the fans will be witnessing a great performance by me. My goal is to break him down and take him out in the later rounds.”

“Brewart Jr. is a good fighter, but he’s not on my level,” said Joeshon James. “I know he’ll be fighting in front of his hometown fans, but that has only motivated me to train harder, as I know I’ll be going to battle in hostile territory. No disrespect, but I’m going to win this fight and give Brewart Jr. his first loss.”

Beto Duran will operate as the blow-by-blow commentator with expert commentary by Doug Fischer. Jessica Rosales will serve as the onsite ringside reporter.