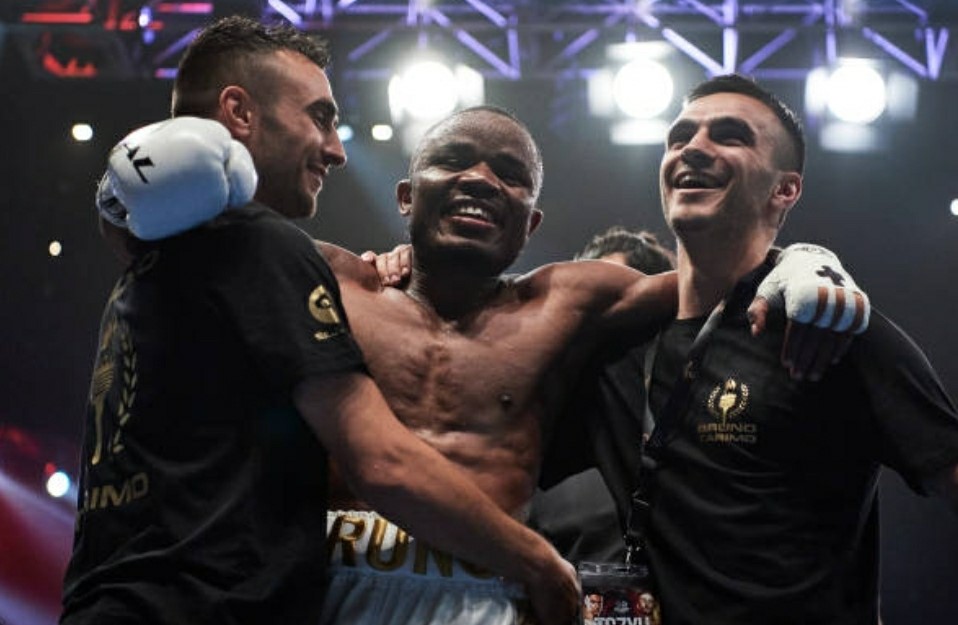 (February 7, 2021) – The Super Bantamweights are back again, one of boxings hottest divisions delivers again as Feb 13 on DAZN as Fantasy Springs Resort Casino lights up in Indio, Calif as the co feature of Diaz vs Rakhimov as WBA Gold Champion Ronny Rios (32-3, 16 KOs) and Oscar “El Jaguar” Negrete (19-2-2, 7 KOs) face off

The stacked event will take place Saturday, Feb. 13 and will be streamed live exclusively on DAZN in more than 200 countries and territories, including the US, Australia, Mexico, Russia, Tajikistan, Brazil and Argentina.

Rios is a 30-year-old contender of Santa Ana, California who is coming off three consecutive stoppage wins, including a dominant knockout victory of then-undefeated Diego De La Hoya in 2019. Rios plans to capitalize on this opportunity in convincing fashion in order to accelerate his path to another world title shot.

“COVID-19 robbed all of us of something, whether it was memories, family members, friends, or in my case, a year of my boxing career,” said Ronny Rios. “I have lost opportunities to make up for, and I’m hungrier than I’ve ever been. That’s not good news for Oscar Negrete. I have a lot of respect for Oscar, but at the end of the day, I have one job and that’s to break the will of every opponent I face. My time to capitalize on the momentum I’ve built in this sport starts with this fight.”

Negrete, a 33-year-old native of Tierralta, Colombia, will return to 122 pounds after a unanimous decision victory against two-time Olympian Alberto “Impacto” Melian and an unforgettable trilogy against Joshua “The Professor” Franco,who is now a world champion even though most viewers believe Andrew Moloney should be the rightful champion.

“I am delighted to be returning to the ring against Ronny Rios on February 13,” said Oscar Negrete. “Both he and I have a style that is very aggressive, and that’s going to guarantee a real war inside the ring. This fight will be very important in determining the future of this competitive division. That’s why I’ll be training at 100% in order to walk away with the victory and earn another opportunity at a world title.”

One person who will be watching with a vested interested is leading World rated contender Bruno “The Teriminator” Tarimo 25-2 who has been hunting all the champions in the Super Bantamweight division.

Tarimo is managed by Tony Tolj, best known for his work with twins Jason and Andrew Moloney. The three frequently train together, which only further sharpens Tarimo’s skills as he looks to advance to the title level where the Moloneys both currently reside.

“I have told my manager (Tony Tolj) to get me a fight with any of the World champions, I don’t care who it is” insists Tarimo. “I come from nothing, people are complaining about covid and quarantine, I have not seen my wife and kids for nearly a year and a half. This is the sacrifice I make for the opportunity of a world title”.

“Rios and Negrete are great boxers and full respect to them, I know this will be an excellent fight and very exciting for the fans. These are the kinds of fights I want, I want people to remember the name Tarimo and think this boxer gave everything who could for his family, his fans and his country.”

“My boss, manager Tony Tolj call me ‘The Teriminator.’ I will never stop until I’m world champion. Bruno Tarimo will be the next Super Bantamweight champion of the World.”