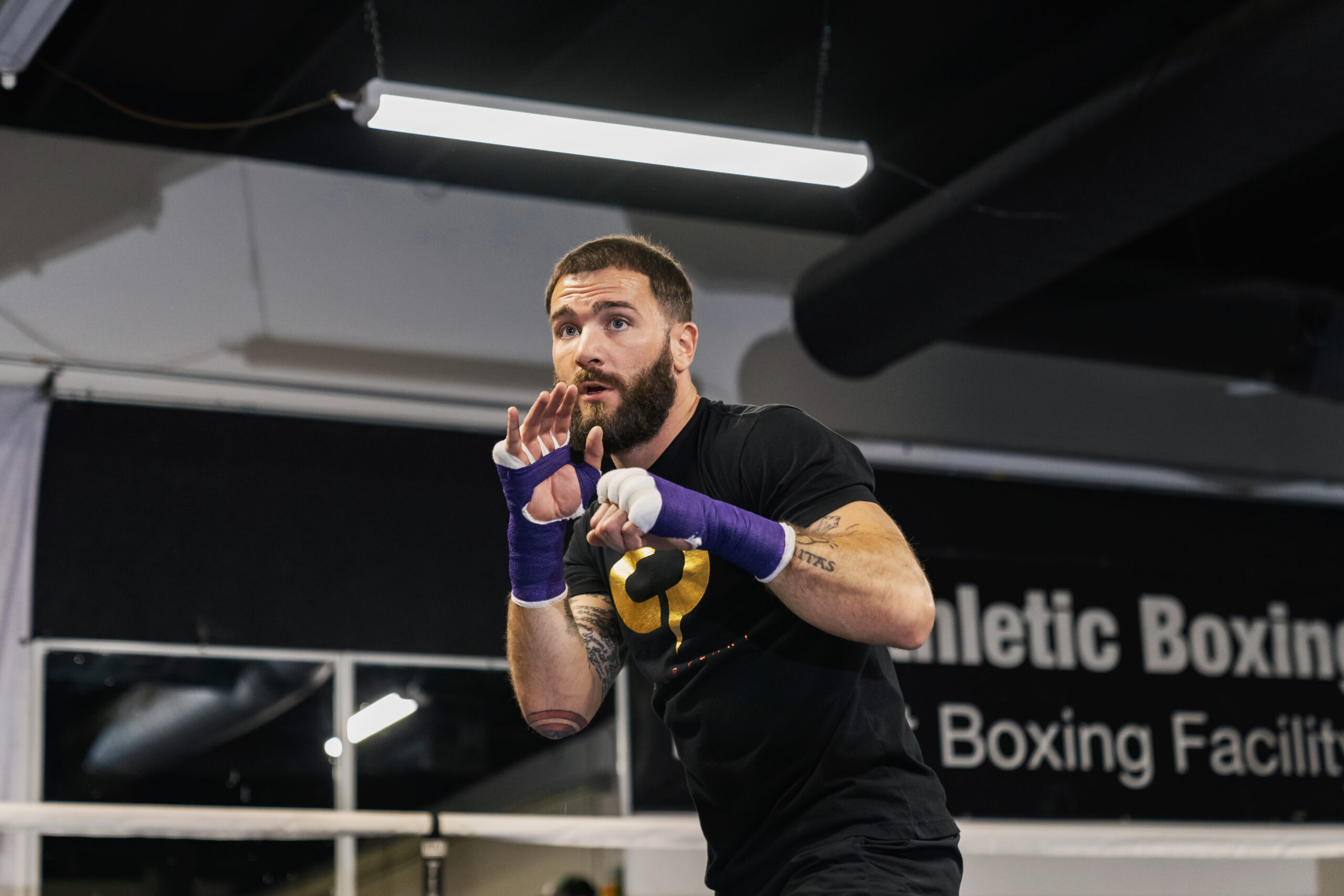 A world champion since January 2019, Plant has made three successful title defenses since wresting the belt from Jose Uzcategui by unanimous decision. Just like he did in the Uzcategui fight, Plant looks to flip the script and score another upset on his way to making history against Canelo.

Here is what Plant and his co-trainer Justin Gamber had to say about November 6 and more:

“I’m just staying relaxed and letting the process play itself out. We’ve got one half of camp done and a half camp to go. I’m ahead of schedule and my weight is good.

“I don’t think I need to be any more motivated than I already am to fight for the undisputed super middleweight championship of the world. It’s a fight that we both obviously want to win. Maybe Canelo’s emotions boiled over at the press conference and I reacted. Those things happen.

“I’m just staying zeroed in, locked in and focused. We’re just planning to finish out this camp the same way that I started it, and that’s at a high level.

“I’m feeling really good. Everything has been on point. I feel like I have all the skills in the world and a great team around me. When the bell rings, I’m just looking forward to showing the world what I can do.

“I believe that there are a handful of things that I am better than Canelo at in the ring. But the only way to find out is to tune-in on November 6. It’s not going to matter what I say right now, people aren’t going to believe me anyway. I’d rather show you than tell you.

“I’ve only had 21 fights as a professional, but a lot of those fights have been on the big stage. I’ve been fighting at a high-level for a long time and I’ve got a lot of experience under my belt. It’s all going to help me on fight night.

“I know that this is the biggest fight I’ve had so far in my career, and that’s the goal, to keep moving forward. I want each fight to be bigger than the last fight. This isn’t anything that I haven’t asked for. I want this and I feel like I’m prepared for it.

“Being undisputed will cement my name in the history books of boxing forever. That’s why I do this. That’s what I set out to accomplish when I first started boxing.”

“Caleb will be 110% ready on November 6. Trust me when I say that there’s not a fighter on the face of the earth who doesn’t have weaknesses. Canelo is where he is because he’s earned his spot. He’s a great fighter, but he’s not a perfect fighter. He has weaknesses and we’re going to exploit them.

“I know that people are overlooking Caleb. That’s perfect for us. Caleb is just like me, because for our whole lives, when someone told us that we couldn’t do something, we love to prove them wrong. It just drives us even more.

“I was surprised by what happened at the press conference. If anything, it made it more personal. It’s always been important to beat him, but now there’s a little bit of an extra chip on my shoulder.”