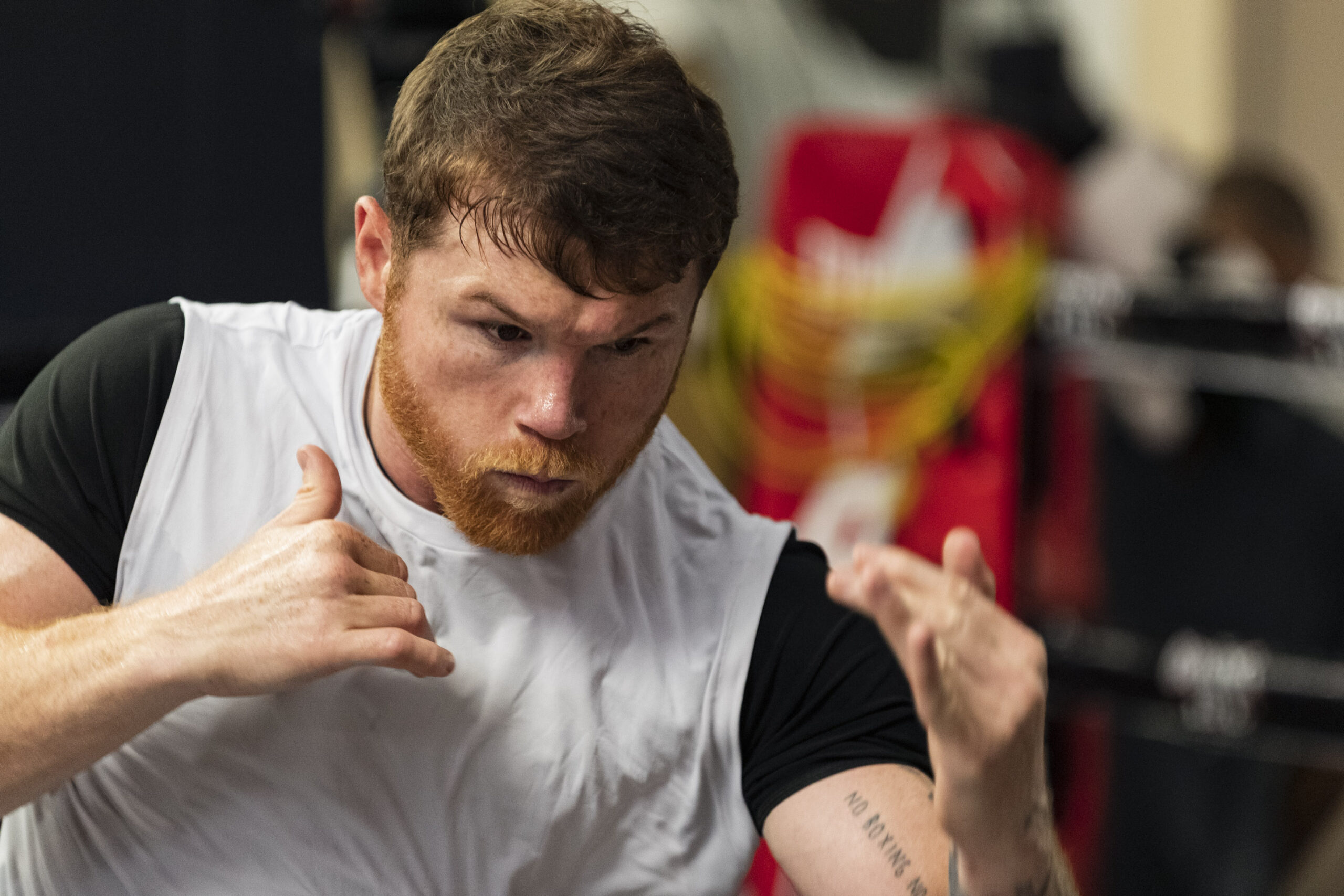 Canelo was joined by his renowned trainer and manager Eddy Reynoso at their gym in San Diego during Wednesday’s event that streamed live on the SHOWTIME Boxing YouTube Channel (Watch the full replay HERE). Canelo and Plant will be looking to make history on November 6, as the winner of their fight will become the first undisputed 168-pound champion of the four-belt era (Click HERE to watch promo).

See below for quotes from Canelo and Reynoso on Wednesday:

“I’m sticking with my prediction of a knockout before round eight. The first couple of rounds will be difficult, but as the fight progresses, I am going to be able to get him out of there.

“I delivered the message I had to at our press conference. I don’t have to say anything else to Plant. I’m just going to prepare to face him in the ring on November 6.

“The secret to me and Eddy’s relationship is our discipline. My mind is so strong and I’m going to use that to my advantage in this fight.

“I’ve never been involved in anything like what happened at the first press conference between me and Caleb. Whether it sells the fight or not, the most important thing for me is to become undisputed on November 6.

“I’ve been in the ring for huge fights like this a lot of times. For him, it’s going to be a challenge being in there for a fight of this magnitude for the first time. He’s going to have to control his emotions.

“Caleb is a good boxer, he has a good jab and he moves very well. But it’s nothing I haven’t seen before. I’m just going to use my skills and experience to win the fight.

“This is very important for my country of Mexico. This is one of the most important fights of my life. I’m taking it very seriously and a win means a lot to me.

“I don’t want to compare myself to great Mexican champions of the past. I just want to go out and make my own history. In the end, I want to be considered one of the best along with the legends who came before me.”

“We’re very focused right now. It’s an emotional experience preparing for a fight of this magnitude. We’re anxious, but in a good way, as we head toward November 6.

“There’s no bad blood with Caleb in my mind. We’re just focused on making history. At the end of the day, we want to continue to build our name so that Mexicans around the world can galvanize around Canelo Álvarez.

“The experience and heart that Canelo has are going to be the key to victory. We have to go out there and find Caleb Plant. He’s a good technical fighter, he has good legs and a good boxing IQ. We have to pressure him from the very start.

“Our focus is to make sure we show everyone that Mexican boxing is number one. If we’re able to get this victory and unify the division, we will really be making a big mark in the sport.

“This is the most important fight in Canelo’s career. As a prizefighter there is nothing bigger than unifying a division. That’s why we’re training so hard.”