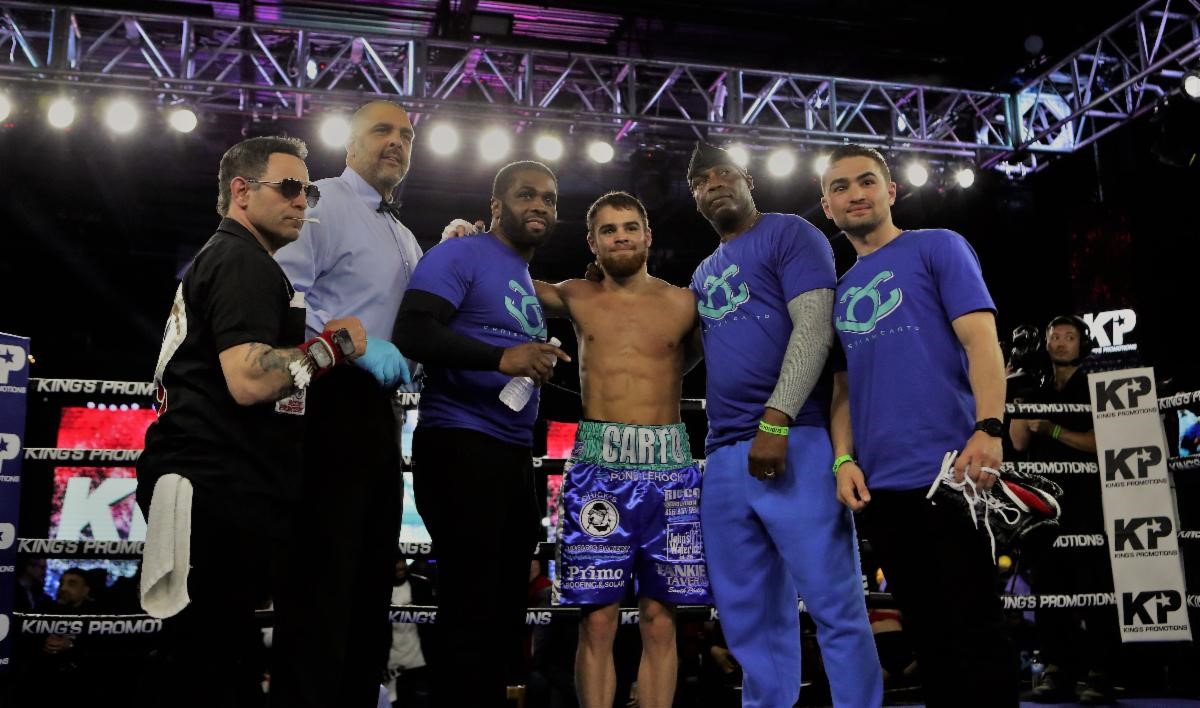 PHILADELPHIA (May 2, 2022) –Once again Christian Carto thrilled the crowd at the 2300 Arena, as the popular bantamweight stopped Ernesto Sebastian Franzolini in front of a capacity crowd at the famed Philadelphia fight venue.

The show was promoted by King’s Promotions.

Julian Gonzalez and Ivan Jimenez battled to a spirited six-round draw in a lightweight bout,

Prenga sent Webster down with a right hand in round two. Prenga ended things with a vicious uppercut that sent Webster flat on his back at 1:09.

Thanjhae Teasley stopped Deaaron Alexander in round three of their four-round welterweight bout.

Teasley of Bethlehem, PA is 2-0 with two knockouts. Alexander of Baltimore was making his pro debut.

Jeremy Adorno stopped Jason Vera in round three of their six-round featherweight bout.

Adorno dropped Vera twice in round three and the bout was stopped at the 33 second mark.

Adorno of Allentown, PA is now 7-0 with three knockouts. Vera of Miami is 5-9.

Quadir Albright remained perfect with a second round stoppage over Jorge Martin Garcia in a scheduled six-round junior welterweight bout.

In round one, Albright scored a knockdown with a right hand. In round two, Albright sent Garcia down with a body shot and the fight was stopped at 58 seconds.

Albright of West Philadelphia is 6-0 with six knockouts. Garcia of Buenos Aires, ARG is 13-9-1.