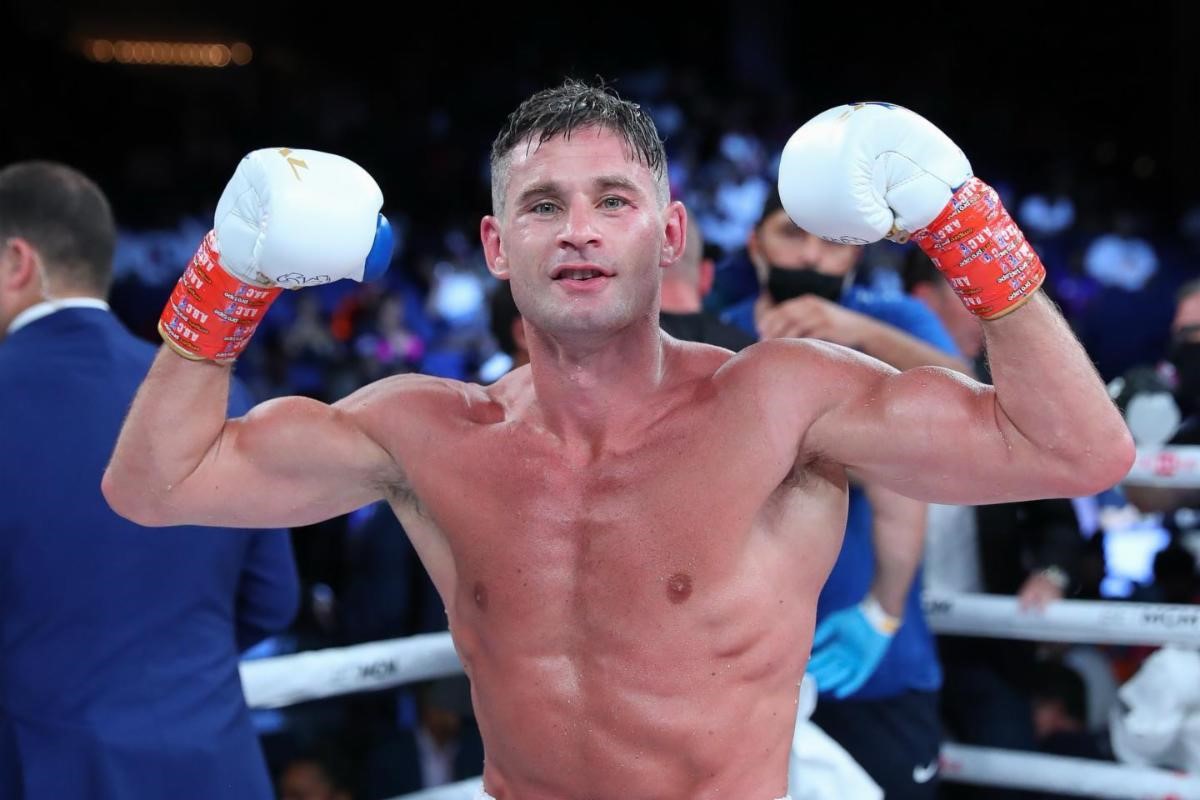 New York, New York (August 4, 2021)-The Mecca of boxing was alive and well last night, filled with the wholesome sound of cheers once more as fans poured into the Hulu Theatre at MSG for the Triller Fight Club card seen live on FITE.TV. Long Island’s own former WBO Champion of the World, CHRIS ALGIERI (now 25-3 9KO’s), made his ring return for the first time in over 2 years, due to the COVID-19 pandemic, against tough southpaw, and fellow New Yorker, MIKKEL LESPIERRE (now 22-3-1 10KO’s).

From the opening bell, Algieri looked sharp. In custom form, Algieri stayed active throughout the entire bout, throwing 910 punches over the 10-round distance. The fight saw Algieri showcase his boxing IQ, experience and ring-generalship, turning LesPierre on multiple occasions, blocking, parrying, slipping punches and countering with a sustained body and head attack.

In the third-round, Algieri landed a right-hand flush on the jaw of LesPierre, but to LesPierre’s credit, he took it and marched on. Algieri took full control of the bout in the fourth round, throwing a flurry of punches, keeping LesPierre on his heels. From that point on, Algieri simply dominated.

LesPierre did land a right hook and straight left with seconds remaining in the sixth-round, but Algieri took it well and continued with his victorious game plan. A right-left combination in the ninth-round hurt LesPierre, leading to an all-out assault that saw Algieri throw nearly 30 consecutive punches. LesPierre remained standing and finished the ten-round bout. Algieri pretty much swept the entire fight, winning every round on two scorecards in his dominating unanimous decision victory (100-90 x2, 99-91). With the win, Algieri takes another step towards his ultimate goal of fighting for another world title, creating opportunity for bigger fights in the near future.

Chris had this to say about his victory, “I’m thrilled to be back. After a few rounds I really felt at home. I wanted the feather in my cap of being the first guy to get a stoppage [against LesPierree] and almost got it- but ultimately I’m happy with my performance… I didn’t want an easy fight back. Mikk is a really solid, class fighter who came in great shape. I showed that I’m a different class and deserve bigger fights in the very near future.”

Star Boxing CEO, JOE DEGUARDIA echoed Algieri’s sentiment, “From start to finish, Chris performed at a world class level boxing. Mikkel is a tough veteran fighter, but Chris fought very sharply and broke Mikkel down like the true seasoned pro he is. With this win, Chris is right back in the fold in the super lightweight division, and we are actively exploring the biggest opportunities out there for him.” DeGuardia continued, “Congratulations to Triller, Verzuz and Ryan Kavanaugh on a fantastic show. It was great to see Madison Square Garden filled with happy fans again. The event was truly vibrant”