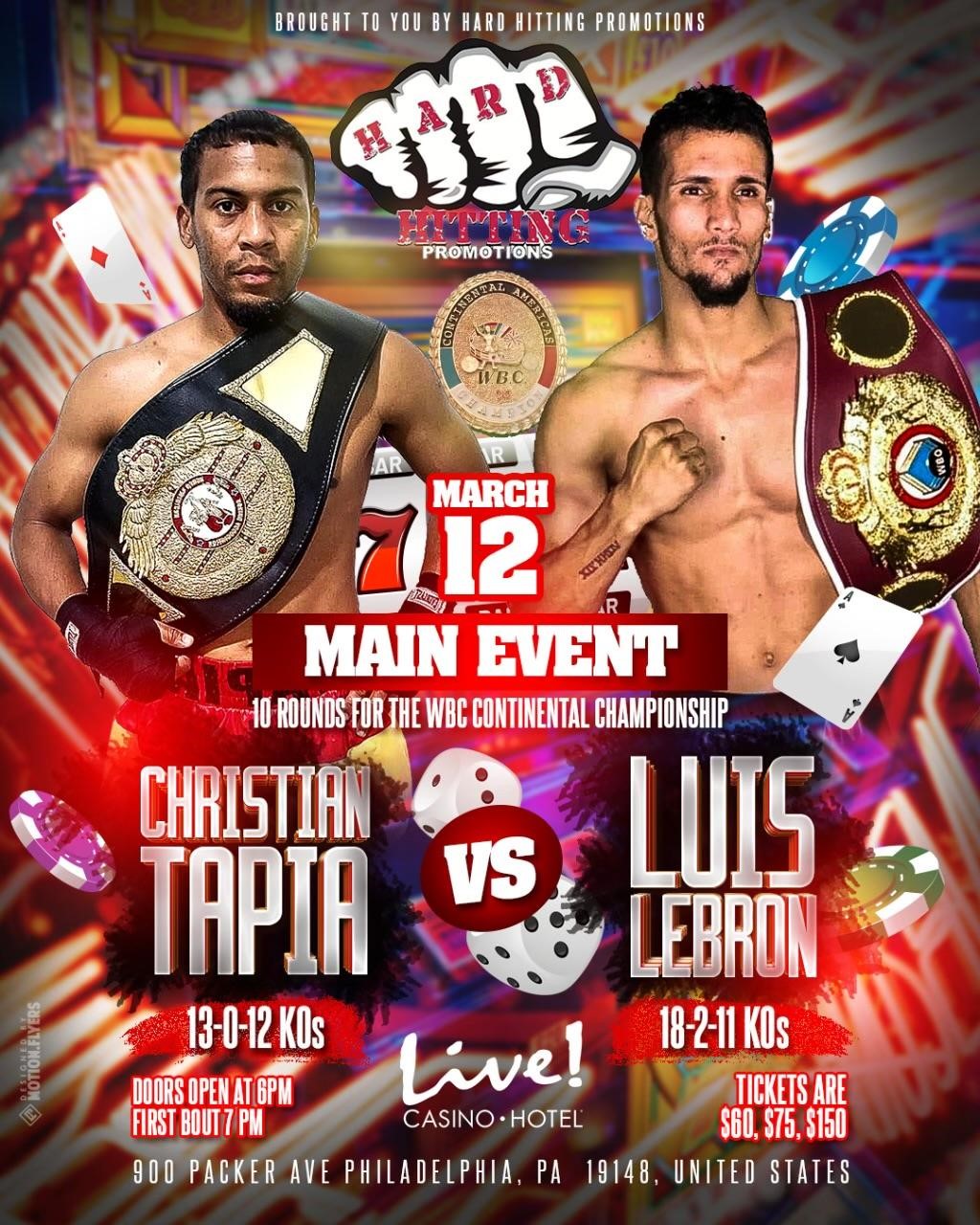 Philadelphia (March 8, 2022)–A full eight-bout lineup is set for a big night of action that will take place This Saturday night as Hard Hitting Promotions presents a night of championship boxing at Live! Event Center at Live! Casino & Hotel Philadelphia.

Tapia of Coamo, Puerto Rico, has an impressive record of 13-0 with 12 knockouts. The 27 year-old is a five year veteran who has stopped his last eight adversaries. On July 31, 2021, Tapia won the NABA Super Featherweight title with a 2nd round demolition over former world-ranked contender Mason Menard (36-5). In his last bout, Tapia took out previously undefeated and highly regarded Iron Alvarez (14-0) in the 10th and final round on December 4, 2021 in Atlantic City, New Jersey. In that fight, Tapia dominated the previously undefeated Alvarez, as he was up on all cards with Alvarez barely winning a round, before Tapia ended the fight in the 10th.

Still just 22 years-old, Pizarro has a record of 16-1-1 with nine knockouts. Pizarro turned pro at age 17 and won his first eight-bouts and is unbeaten in his last nine and is coming off a first-round stoppage over DeWayne Wisdom on February 12, 2021 in Orlando, Florida.

Freitas of Salvador, Brazil, has a record 16-6 with 10 knockouts. The 28 year-old Freitas is a 10 year-professional, is the nephew of former two-division and four-time world champion, Acelino “Popo” Freitas. Vitor won his first 13 bout, and is coming off a loss to undefeated Nestor Bravo on December 4th in Atlantic City.

Jeffrey Villanueva of Allentown, PA makes his pro debut against Juan Gutierrez of Emallie, Nicaragua in a super flyweight bout.