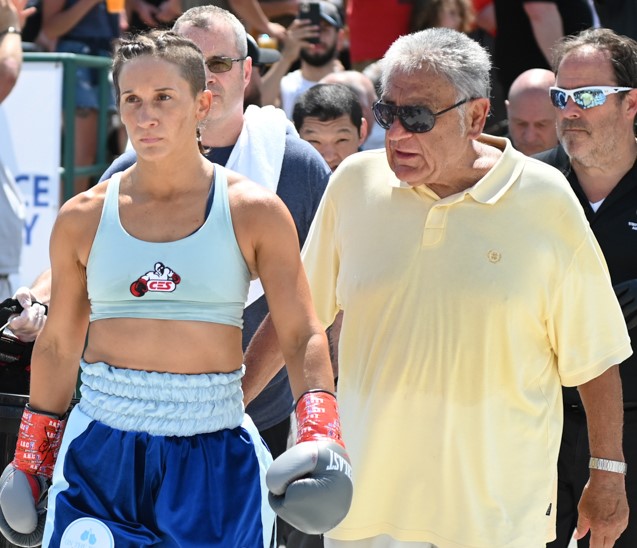 “We’re excited to bring our loyal fans a new perspective on boxing in New England with our ‘Rhode Wars’ series,” said CES president and CEO Jimmy Burchfield Sr. “Our goal is to continue furthering the careers of the region’s best young, up-and-coming talent by showcasing their ability on this new platform while also continuing to do what we do best – match New England’s top fighters against one another in the fights that matter most.”

To officially announce the event, CES is hosting a press conference open to the public and media Wednesday, February 9 at 3:30 pm at Arooga’s, located directly across from the Crowne Plaza at 615 Greenwich Ave., in Warwick.

Included in the day’s festivities on February 19 is the “Jimmy Burchfield Classic Invitational V,” an all ages, separate admission amateur boxing event beginning at 2 pm. “Rhode Wars” follows immediately at 7 pm. Tickets for both events are available online at CESFights.com.

Clampitt returns to the ring later this month less than a year after ending her retirement at Cranston Stadium in June of 2021, where she fought Canada’s Olivia Gerula to a draw in her first fight since 2013.

Having won world titles in the lightweight and super lightweight divisions, Clampitt is now campaigning exclusively at 135 pounds. She is one of several female fighters whose careers were launched by Burchfield during a time in which women’s boxing did not have the mainstream appeal it does today.

A pioneer in her field, Clampitt captured the first of her four world titles in 2003 with a unanimous decision win over Eliza Olson for the IWBF super lightweight crown and four years later dropped down to 135 pounds to defeat fellow icon Mia St. John for the IWBF lightweight title in 2007.

After retiring in 2010, Clampitt returned to the ring three years later at Twin River Casino Hotel and beat Dominga Oliva by unanimous decision. In 2019, she was among seven fighters inducted into the International Women’s Boxing Hall of Fame in Nevada.

The return of Powell, the 28-year-old prospect who in 2018 survived a point-blank shooting outside of his home in Providence, will draw considerable buzz on February 19. This will be his first fight in almost three years, dating back to August of 2019 when he defeated veteran Ricardo Garcia by unanimous decision.

Mascarenhas and Hatfield step back into the ring following a busy, but successful, 2021. Mascarenas earned his first career knockout win in the aforementioned event at Cranston Stadium last June, pulverizing Connecticut’s Geoffrey Then. Hatfield launched his long-awaited pro career with two fights in span of 15 days, debuting in Springfield, MA, on November 27 with a first-round knockout win over Rodrigo Darocha and improving to 2-0 on December 11 in Orlando with a first-round knockout win over Jimmie Levine.

Cormier makes his first appearance with CES Boxing and his fourth overall with the promotion after stepping inside the CES MMA cage three times during his pro mixed martial arts career. He last fought for the promotion at CES 41 in 2017. He transitioned to boxing, training under the guidance of Jose Santos of 401 Boxing, and successfully debuted in August with a win over Josh Alvarado in New Hampshire.