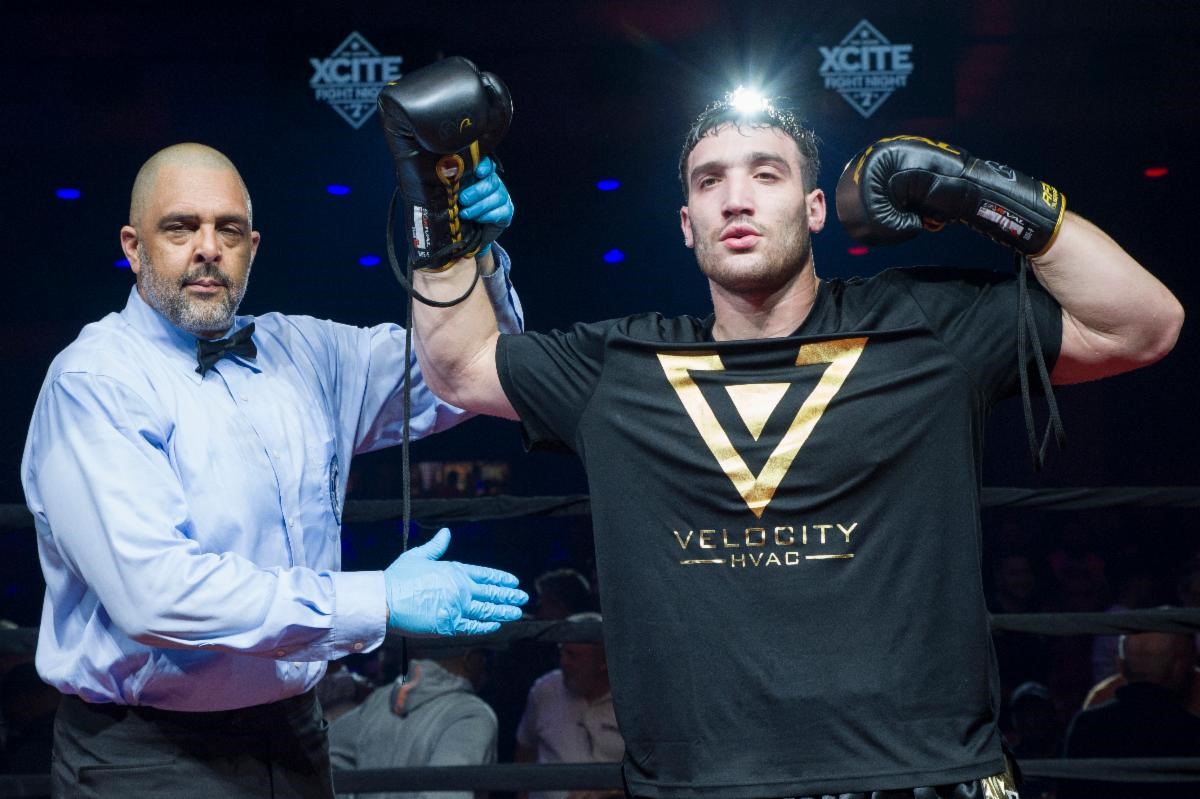 PHILADELPHIA–Sonny Conto remained undefeated with a third-round stoppage over Justin Rolfe in a scheduled six-round heavyweight bout in front of a packed crowd at Parx casino in Bensalem, PA.

The seven bout card that took place on Friday night was promoted by Joe Hand Promotions.

After two rounds of beating up Rolfe with hard power shots. Conto decked Rolfe with a big left hook in round three. Seconds later, it was another hard left hook from close quarters that sent Rolfe folding towards the canvas and the fight was stopped by referee Eric Dali at 1:38.

Bunch jumped on Bailey and landed a devastating flurry of punches in the corner that had Bailey running to an adjacent corner, only to be met by Bunch with more flush blows to the head and the fight was stopped by referee Shawn Clark.
Bunch, 144.2 lbs of Trenton, NJ is 19-1-1 with 17 knockouts. Bailey, 141.2 lbs of Durham, NC is 7-8.

Carlos Ramos stopped Jesus Arturo Guzman at the end of round three of their scheduled four-round featherweight bout.

In round one, Ramos dropped Guzman with a perfectly timed counter left.

Ramos continued to land hard flush left hands until the referee pulled the plug on the bout at the end of round three.

Christopher Burgos and Phillip Davis battled to a spirited four-round draw in a super lightweight contest.