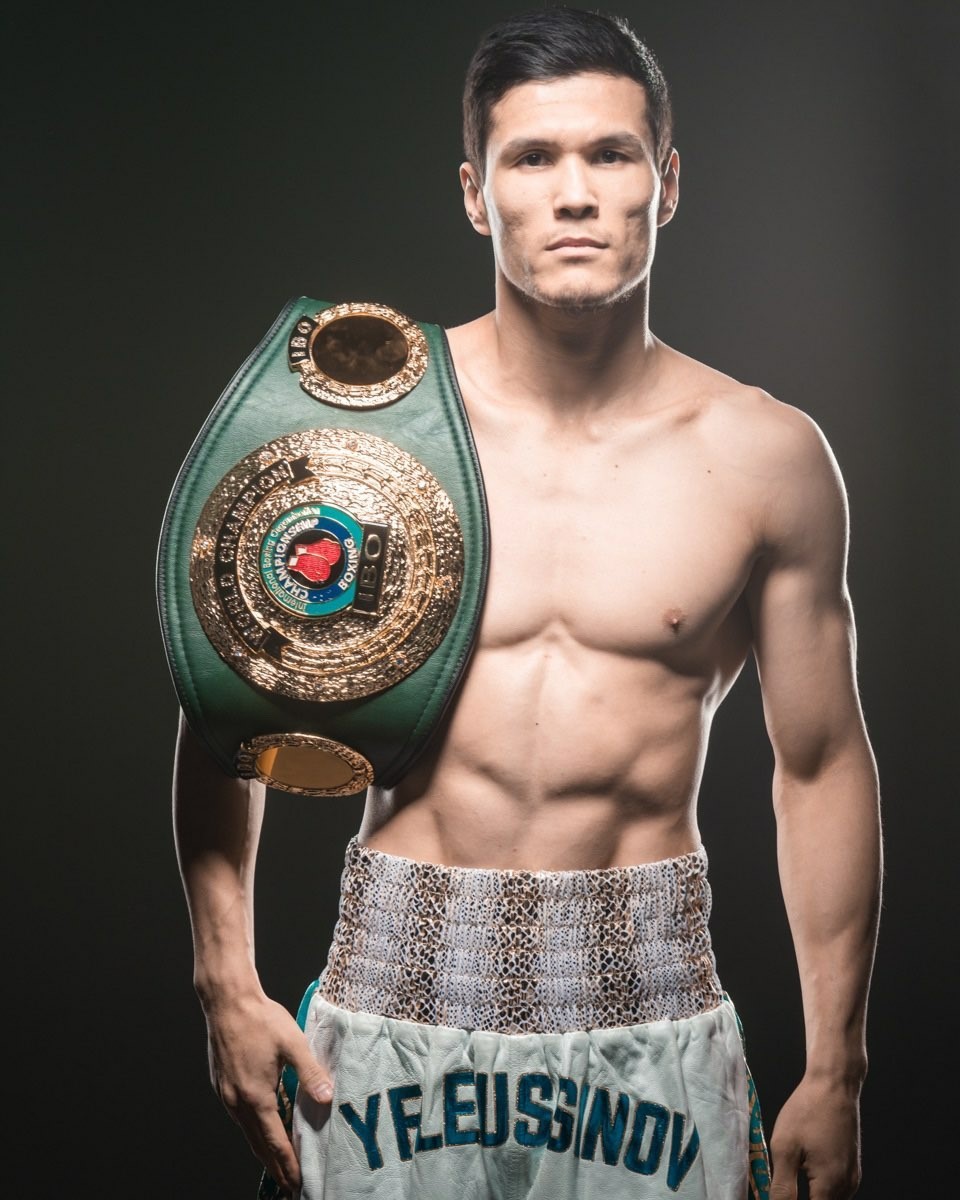 Fighting at home for the first time in his professional career, Daniyar showed fast hands along with power early on as he tried to impress the hometown crowd.

The power was in full display in the second round as he knocked down Leal with a straight left to the body.

Yeleussinov would then land a fast counter left uppercut that landed on the tip of the nose, dropping Leal once for a second time.

Leal would then go into survival mode for the rest of the way as Yeleussinov would rain punches on a defensive minded Leal.

Unfortunately an injured left hand midway through the fight prevented Yeleussinov from getting the stoppage.

With this victory, Yeleussinov became the first of the Welterweight Gold Medalist from Kazakhstan to win a world title and looks forward to winning the other world titles in the future.

The boxing event was special as the title fight coincided with Kazakhstan celebrating 30 years of Independence. This was the first world title fight in Kazakhstan since Beibut Shumenov won the vacant WBA World cruiserweight title on July 7, 2018, in Nur-Sultan.

“I was very excited to finally fight as a pro in front of my family, friends, and country, but I put a lot of pressure on myself because I wanted to put on an outstanding performance as I did my last three fights,” said Yeleussinov

“After the two knockdowns in the second round, I hurt my left hand hitting him on top of his head as I was trying to finish him off. Leal would go on survival mode preventing any real openings for me to fully capitalize.”

“Although it wasn’t the performance I wanted, I got some rust off and got much needed rounds, and I went 12 rounds for the first time in my career.”

Boxing Stars Management featured several of their fighters on the show and worked tirelessly behind the scenes to make this great event a reality.

Said Elvis Crespo of Boxing Stars Management, “I’m satisfied with Daniyar’s performance as he won every round in the fight and he got much needed work as he only has fought nine rounds in the past two years. We will look to keep him more active as soon as his hand heals up. 2022 will be a big year for Daniyar Yeleussinov!”

“It was a great show and at the best time of year as we were celebrating Kazakhstan’s 30 years of independence as well as Daniyar becoming the 5th World Champion from Kazakhstan,” said Ziya Aliyev of Boxing Stars Management. “It was challenging especially with all restrictions with Covid, but we, Boxing Stars, were very active with the promoters to not only make this a great boxing show but also a great event!”