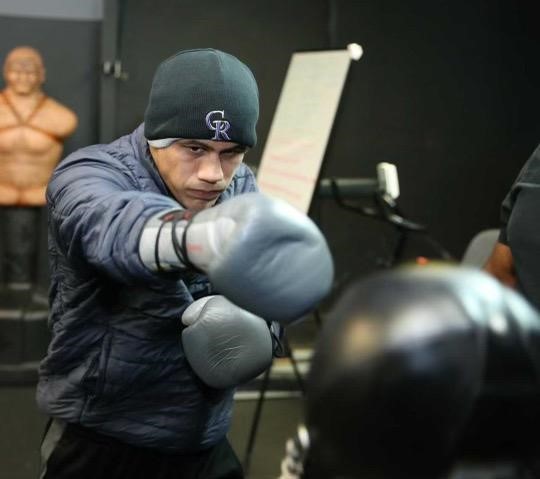 The Los Angeles-native Roman (29-3-1, 10 KOs) first became a champion in September 2017 when he traveled to Japan to stop Shun Kubo and capture the WBA belt. After three successful defenses, Roman added the IBF title in a 2019 action fight against then unbeaten T.J. Doheny. Following a narrow split-decision loss to Murodjon Akhmadaliev in 2020, Roman bounced back with dominating victories over Juan Carlos Payano in September 2020 and Ricardo Espinoza in May 2021.

Now, he will look to regain his unified status at 122-pounds against the fast-rising Fulton in a matchup of highly-skilled and aggressive combatants. Here is what Roman had to say ahead of Saturday’s showdown:

On his matchup with Stephen Fulton Jr.:

“I’m up against a very skilled fighter who doesn’t have many flaws, but every man has a weakness, and I’m going to exploit Fulton’s. I believe my style will be very difficult for him to adjust to. He’s never been in the ring with an experienced fighter like me. I know what needs to be done to be victorious in this fight. The world will see a greatly improved version of myself in this fight. I’ll be throwing a lot of punches till the final bell and I’m preparing to go the distance.”

On fighting for another world championship:

“I’ve worked my way back to this position with a lot of sacrifice, dedication and perseverance. These opportunities don’t come by for most fighters, so I’m grateful to my entire team for believing in me and sticking by my side. I’m fighting for two world titles, this time for the WBC and WBO belts, and best believe I’m going to leave everything in the ring.”

“I’ve added some elite strength and conditioning to my weekly workouts for this camp and I feel stronger than ever. In addition, I’m super focused on my diet and eating correctly. I’ve paced myself perfectly in this camp, and I know on fight night I’ll be peaking.”

On fighting once again on SHOWTIME: “I’ve never lost a fight on Showtime, so it’s fair to say I relish the fact that I’m fighting on this network. Everyone knows that if you’ve fought on SHOWTIME, you’ve made it to the pinnacle of boxing. SHOWTIME is legendary for having shown some of the greatest fights in boxing history. I’m hoping my fight with Fulton lives up to the great fights of the past.”