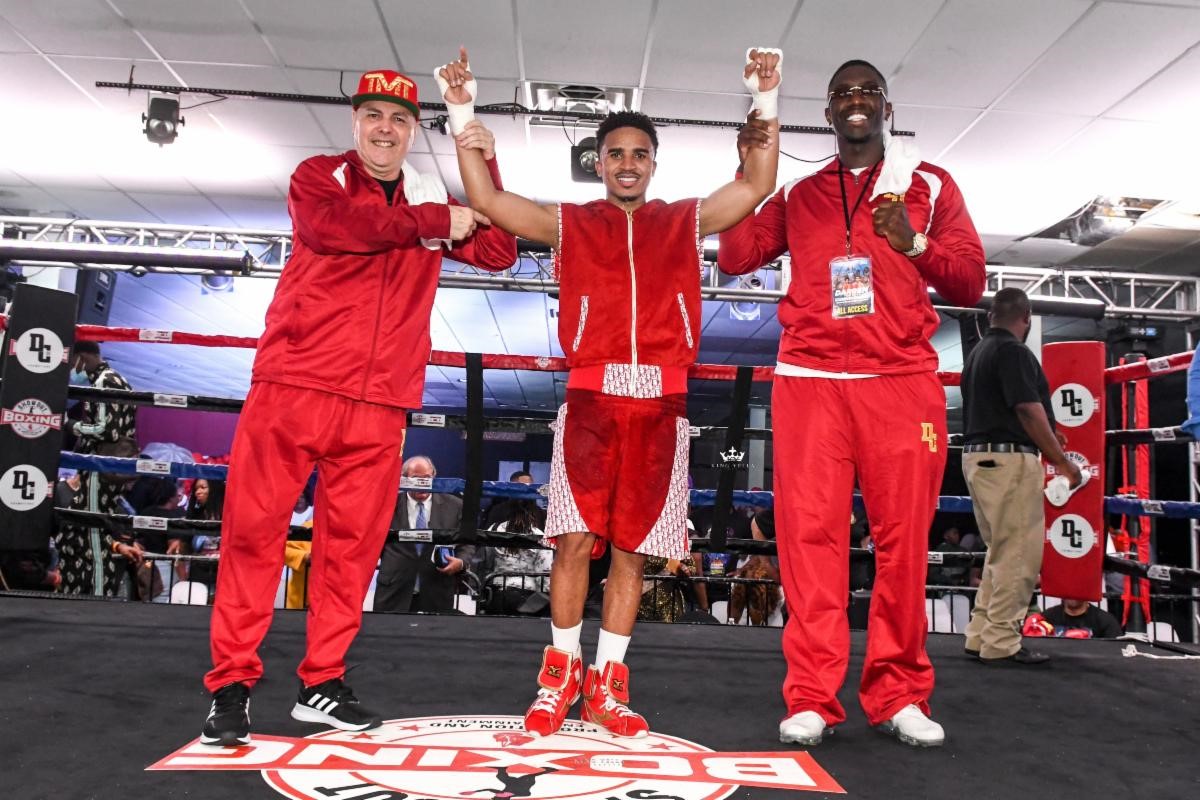 “The Gift” Cunningham (16-2, 8 KOs), brought boxing back to his hometown of St. Louis and scored a unanimous 8-round decision against veteran journeyman, Diuhl Olguin (15-24-3, 10 KOs). Over 3,500 people packed the Ambassador Club where the event, promoted by Showout Boxing Promotions and DC3 Promotions, took place.

Cunningham controlled the action from the opening bell by using superior lateral movement and combination punching. Olhuin showed a lot of heart and had his moments but could not deal with the boxing skills Cunningham was displaying. Scorecards read 79-73 twice and 78-74, all in favor of Cunningham.

“Every fight moving forward is a must win situation for me, so I knew I needed to step up my game,” said Cunningham who suffered his second loss as a professional in his last fight. “I’m realizing that I just need to box my way to victory if the knockout doesn’t come early. I’ve been trying to get these guys out of there and that has been the problem. I just need to dictate the action and get the win by all means necessary.”

“We wanted to bring Darren back to his hometown and put on a great show for his fans,” said David Belcher who manages Cunningham. “The event was spectacular with everyone having a good time. We had a tremendous amount of local media support and we are planning to come back before the end of the year.”