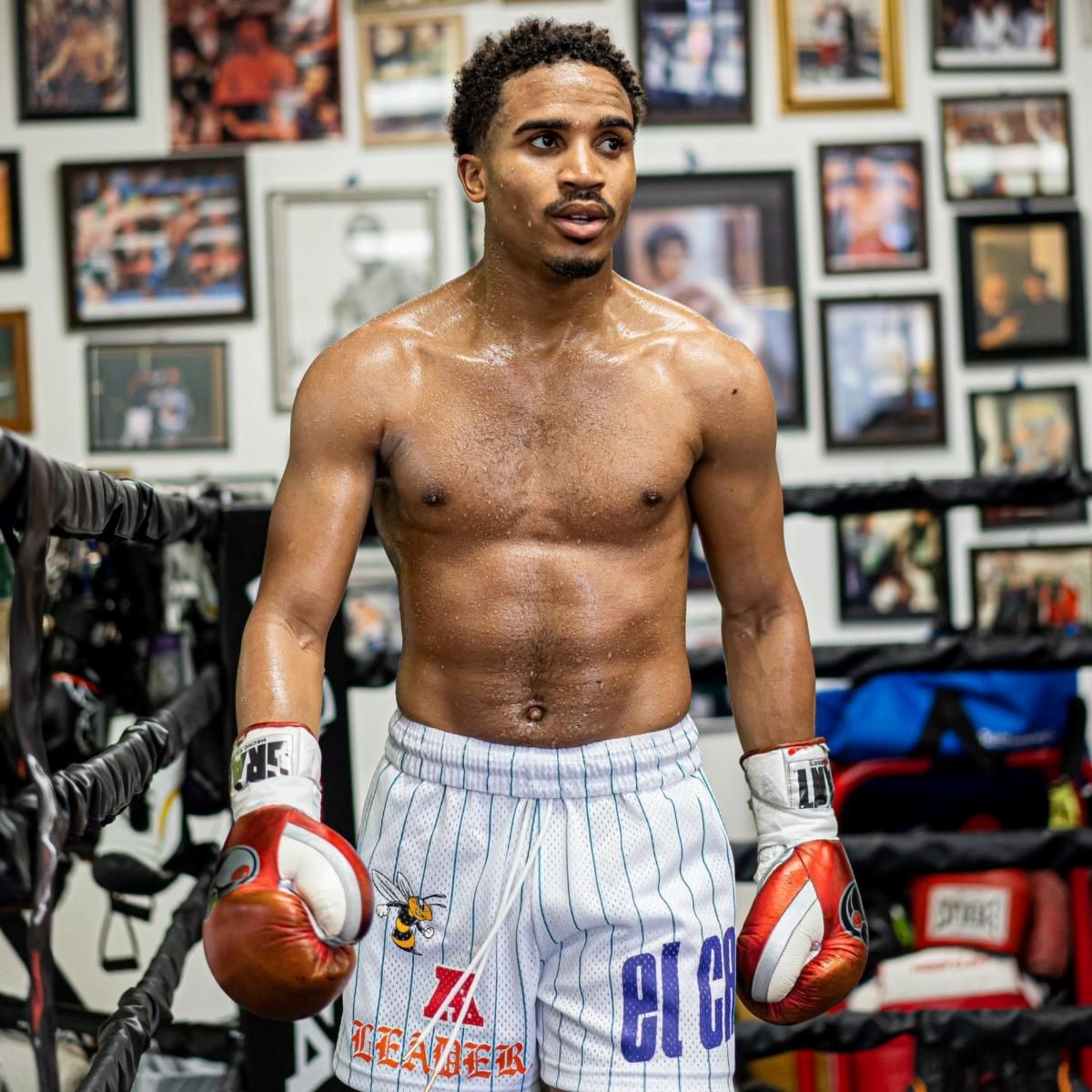 LAS VEGAS, NV (February 22, 2022) – Super bantamweight prospect,
Darren “The Gift” Cunningham (14-1, 7 KOs), is wrapping up his training camp in anticipation for his 2022 debut against Ernesto Guerrero (33-32, 19 KOs). Cunningham vs. Guerrero, an 8-round main event will be taking place this Friday February 25th at the Celebrity Theater in Phoenix, Arizona, on a card promoted by Ironboy Combat Sports.

Here is what Cunningham had to say about his upcoming fight with Guerrero, his training camp and more.

On his recent training camp.

“Training camp is great, I have been sparring all of the best fighters at 122 pounds that train in Las Vegas. Working with my new coach Rafael Ramos been the missing piece I needed, and we have great chemistry. The amount rounds I’ve sparred with world class fighters has been incredible. I’ll be ready for anything Guerrero brings to the ring.”

On his upcoming matchup with Ernesto Guerrero.

“Guerrero has a lot of experience, he has fought a lot of people, and has won his last nine fights, but I have plans to stop him. He doesn’t have the tools I have or the ability, this is going to be a hard night for him. When I show up at my best, he literally can’t do anything to stop me. So, I might as well make it a short night for him as well.”

“I’m very please with my management team for keeping me busy. My goal is to kick off 2022 with a big knockout. I want to fight six times this year and work my up the rankings by winning a regional title. The first thing I must do is make my debut in 2022 count with a spectacular performance. From this point on each training camp has to be elite since I have visions of going to the top of the super bantamweight division.”

On what a win will do for his career.

“A nice win against Guerrero will be beneficial to my career because it will get me closer to the twenty-win mark, which is when I believe I’ll have the experience to step up to the contender level. I’m getting better with my new coach and I think after this year I’ll be ready to fight for a world title.”