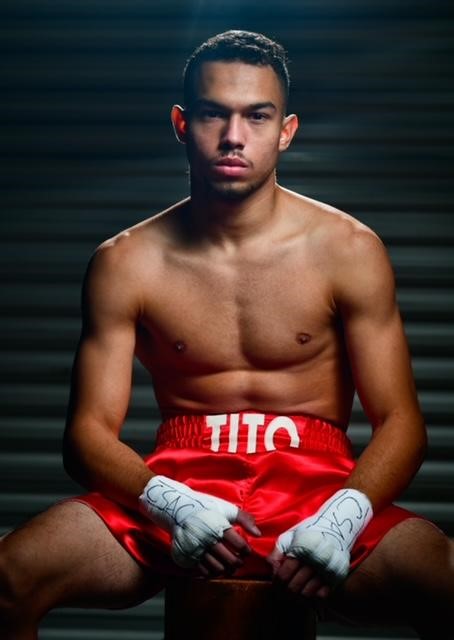 Mercado, who was a 2020 Olympic alternate, was undefeated in the bouts he competed in at the Olympic Trials, won gold internationally and had an outstanding amateur record of 278-11.

This will be Mercado’s third scheduled six-round bout in only his fourth professional fight, though none of his fights have gone the distance, and the only one to go two rounds was his professional debut.

“I want to thank my dad, my team, and Red Promotions for this opportunity to fight on this card in Southern California,” said Mercado, a five-foot, ten-inch 20-year old power puncher. “I am working hard to prove myself as a professional, as I did as a world-class amateur, and I plan on putting forth exciting fights to go along with using my high ring IQ.”

For those unaware, Mercado was in a prime position to fight for his father’s native Nicaragua in the Continental Olympic Qualifiers for the 2020 Olympics in Tokyo, but due to COVID, all the qualifications were changed, and Mercado was unable to compete or be given a chance to secure a spot.

“I won’t lie, it hurt not being able to fight in the Olympics,” said Mercado. “I know everything happens for a reason and I am more driven and focused because I feel as though one of my goals was taken from me.”

“I am excited to face my opponent as he is coming off a draw in his last fight to an undefeated fighter, so to him, that is probably viewed as a win,” concluded Mercado, who is a promotional free agent. “This is the most confident version of Misiura that I’ll be facing and my goal is to stop him, send a message to the entire division, and by the end of the year you will see me in eight, and maybe even ten-round fights. I’m ready to take my boxing career to the next level.”