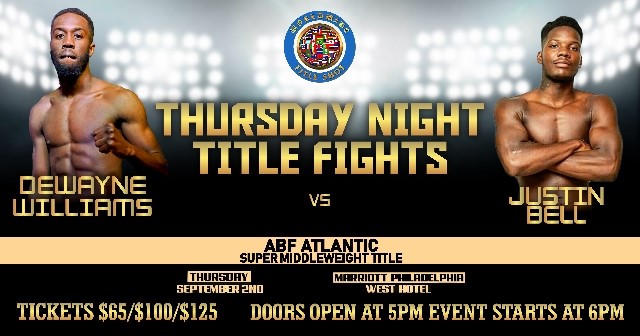 Williams, 27 years old of Philadelphia, has a record of 3-3 with three knockouts. The two-year professional is coming off a 2nd round stoppage over Stephon Morris (4-1) on April 24th in Philadelphia.

Bell of Greenville, NC has a record of 5-0 with four knockouts. The 25-year-old is a four-year professional is coming off a 1st round stoppage over Tyshawn Foster on May 22nd in Greenville, South Carolina.

Opponents and More Bouts will be announced shortly.

Tickets are $125, $100, and $65 and can be purchased at https://wwts.ticketbud.com/thursday-night-title-fights