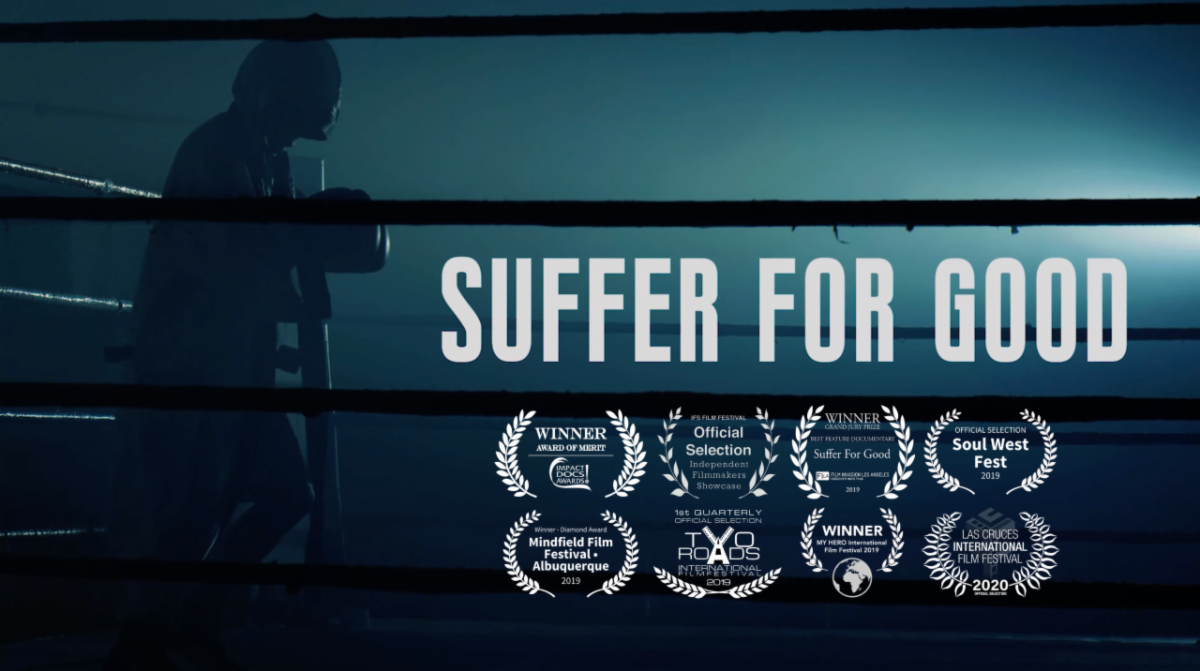 Los Angeles, CA (November 30, 2020) As Ethiopian federal troops claim victory in Tigray’s capital of Mekelle, many miles away in Hollywood, filmmaker Danny Simmons brings attention to the war-ravaged country with his documentary Suffer For Good. The documentary premieres on December 8, 2020 distributed world-wide by Gravitas Ventures, a Red Arrow Studios company on all major VOD platforms.

Suffer For Good is the moving story of Ethiopian boxer Seb Zewdie. His Olympic dreams were shattered by Russia’s boycott of the LA 1984

Olympics and a vicious near-death stabbing. After a chance encounter with CNN Hero Dr. Rick Hodes, Seb survived as a political refugee in the United States. Thirty-three years later, Director Simmons follows his journey back into the boxing ring. We now find Seb in LA a pro boxing and UFC striking coach still haunted by what could have been.

Suffer For Good is Danny Simmons’ feature-length directorial debut. He directed and produced Every Other Weekend, a pilot turned web series

that was executive produced by Emmy Award-winner Sterling K. Brown of NBC’s This Is Us. Starring HBO’s Kimberly Hébert Gregory, starring and produced by Ryan Michelle Bathé (NBC’s This Is Us), and created by Netflix’s Adrienne Carter. Fox put in development Every Other Weekend, a half-hour single-camera comedy from Will Packer Media at the end of 2019.

In addition to his work in the film and television space, Simmons directed viral campaigns for brands like Experian, Four Seasons, Waldorf Astoria and the city of Beverly Hills. He frequently films travel documentaries that have taken him around the globe and been distributed by Tastemade Studios, LAist, Gothamist and featured in media outlets such as Huffington Post, EATER, Condé Nast Traveler and Angeleno Magazine. Simmons is an avid sports fan, having competed in the College World Series while studying at UC San Diego. He met Seb Zewdie, the subject of Suffer For Good, while training at Seb Boxing in Culver City, Calif. He produces under the Broken Dove Productions banner.

Seb Sebsebe “Fetan” Zewdie is a respected boxing and MMA coach. A

political refugee from Ethiopia, Zewdie immigrated to the United States in 1987 in order to receive a life-saving heart operation. Zewdie is the father of three young American sons and resided with his wife Lyou only a few miles from the Los Angeles Memorial Coliseum, site of the 1984 Olympic games until earlier this year when they moved the family to Nashville, Tennessee. Seb’s wife Lyou is a healthcare worker who has been working at Saint Thomas Hospital in Nashville during the pandemic. Seb has been helping patients with Alzheimer’s and Parkinson’s disease in his local community by teaching them how to box. Seb Zewdie attended Addis Ketma High School, Tegbred Technical School and he is an El Camino College graduate.