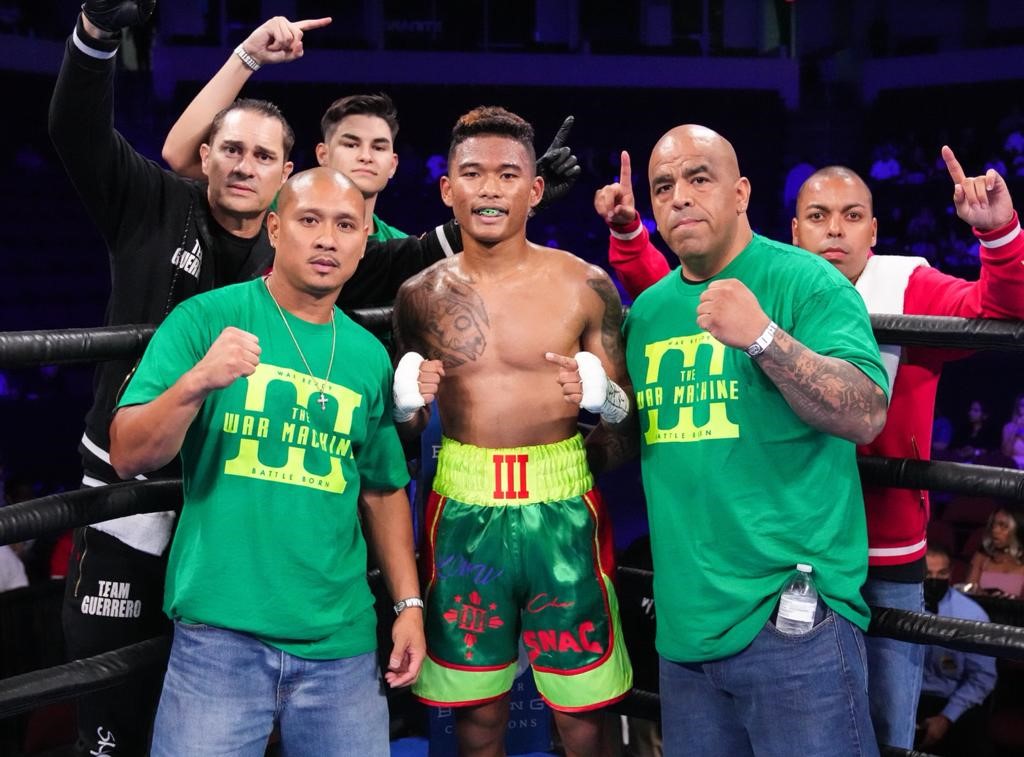 LAS VEGAS, NV (September 21, 2021) – This past Sunday featherweight, “The War Machine” DJ Zamora III (5-0, 4 KOs), scored a second-round knockout on his off-TV PBC debut when dismantled, Richard Barnard (1-6-1) by way of a right hook to the body. The 4-round bout took place at the Mechanics Bank Arena in Bakersfield, California.

In the opening round, Zamora III, took his time to get an idea of what adjustments needed to be made before he went on the attack. In the second round, he stood in the middle of the ring and let his hands go, dropping Barnard with a straight left to the head. After Barnard, got up, Zamora III ended the bout when he landed a powerful body shot via a right hook, and the referee counted him out.

“It felt good to get a nice stoppage on a PBC card,” said Zamora III. “The goal was to come out to Bakersfield and make a statement, by getting a knockout. I’m still only 18-years old so I have a lot to learn in this sport, but I like the way my career is going. I’ll be right back in the gym awaiting my next fight, which I hope will be very soon. I took no punishment so I know I can get back in the ring right away.”

With another fight under his belt, Zamora III feels he’s getting more comfortable in the ring and believes he’s on the right track to become a force in the featherweight division.

“I know with more experience, I’ll be ready to fight anyone in this division,” continued Zamora III. “I’ve been sparring all the top guys in Las Vegas, and I spent a training camp with Ryan Garcia. My confidence is high, and I know I got what it takes to be a household name in this sport. I’m going to keep grinding and working hard to become a world champion one day, that’s the goal.”

“DJ showed a lot of maturity by taking his time in the first round to see what he was working with,” Bob Santos said. “He felt the power of Barnard and took care of business by getting the stoppage. He has a bright future and I’m happy with his performance.”