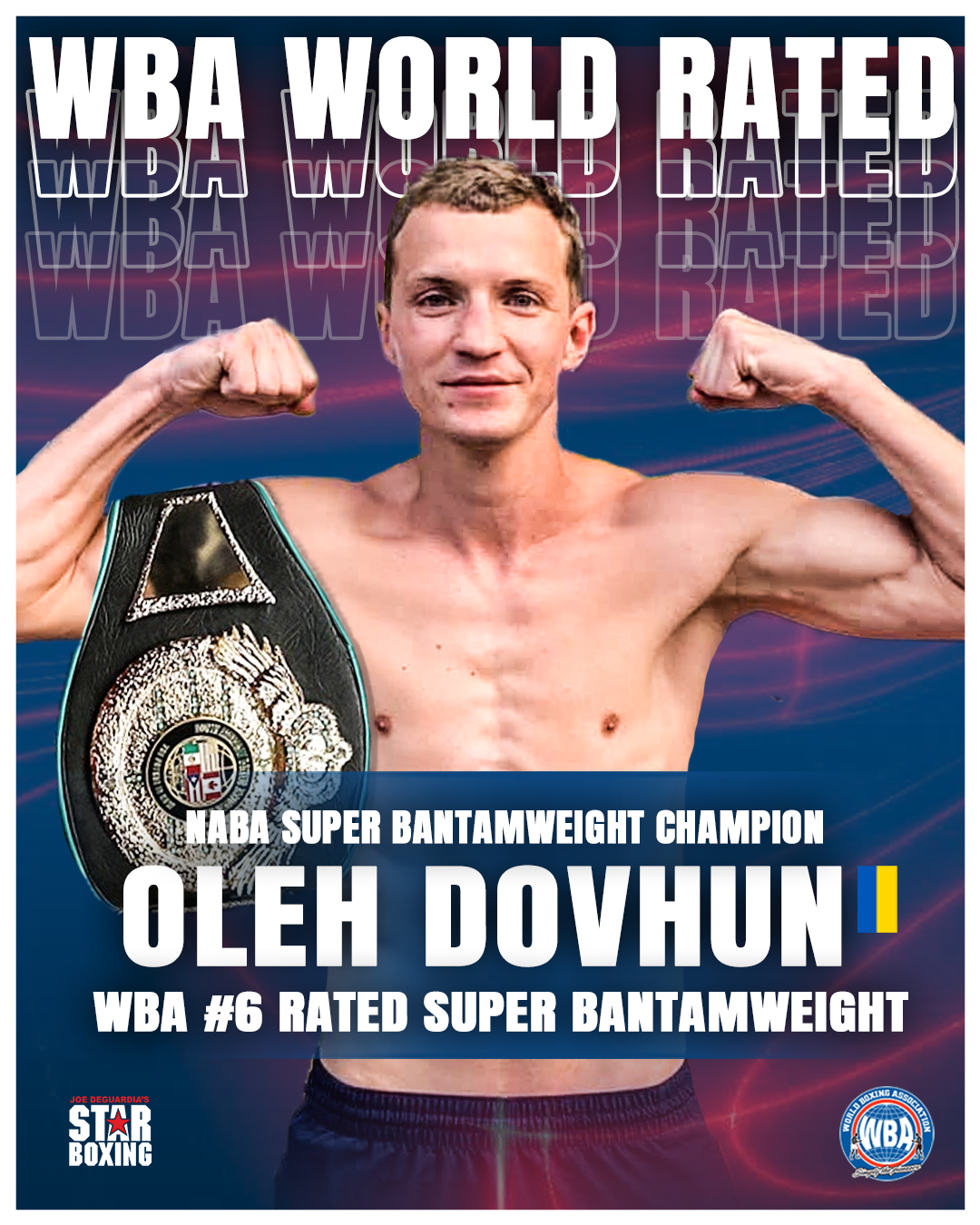 NEW YORK, NY (Dec. 3, 2021) — As the year is coming to a close, fighters are jockeying for world ratings to attain world title aspirations in the first half of 2022. On December 1st the WBA announced its newest rankings and the Star Boxing stable was well represented.

In November, undefeated Ukrainian super bantamweight OLEH “UKRAINIAN PITBULL” DOVHUN (13-0 5KO’s) went to battle with Glenn Dezurn in Pittsburgh for the NABA Super Bantamweight Title. Sweeping the cards in dominating fashion, Dovhun secured the NABA championship and as the saying goes, to the victor goes the spoils. Needless to say, Dovhun was not disappointed when the WBA announced him as their #6 world rated super bantamweight on Wednesday morning.

Intently watching the Figueroa-Fulton 122 lb. world title unification bout that took place on November 27, Dovhun is excited for the future “Great news! I am #6 in the world by the WBA,” said Dovhun. “Thank you to my team and everyone that supports me. Next I want to fight anyone in the top 5. Let’s go fight! God Bless America!”‘

In October, explosive knockout artist, CLETUS “THE HEBREW HAMMER” SELDIN (26-1 22KO’s) successfully defended his NABA Super Lightweight Title for the second time, defeating Brazilian William Silva by vicious seventh round KO via Seldin’s classic “hammer” of an overhand right. As of Wednesday’s announcement, Seldin is now rated #8 by the WBA and is looking towards a massive 2022. Seldin is also rated #14 by the IBF at 140 lbs.

“I was pleased to be able to give our guys the great news of their new ratings with the WBA,” said Star Boxing CEO JOE DEGUARDIA. “I commend the WBA in their effort of consolidating its title and ensuring that fighters who put in the work and take the tough fights are rewarded with opportunities such as being rated in the top 10 and eventually fighting for world titles. I congratulate Oleh, Cletus and David on this great accomplishment and look forward to big fights in 2022 for each of them.”