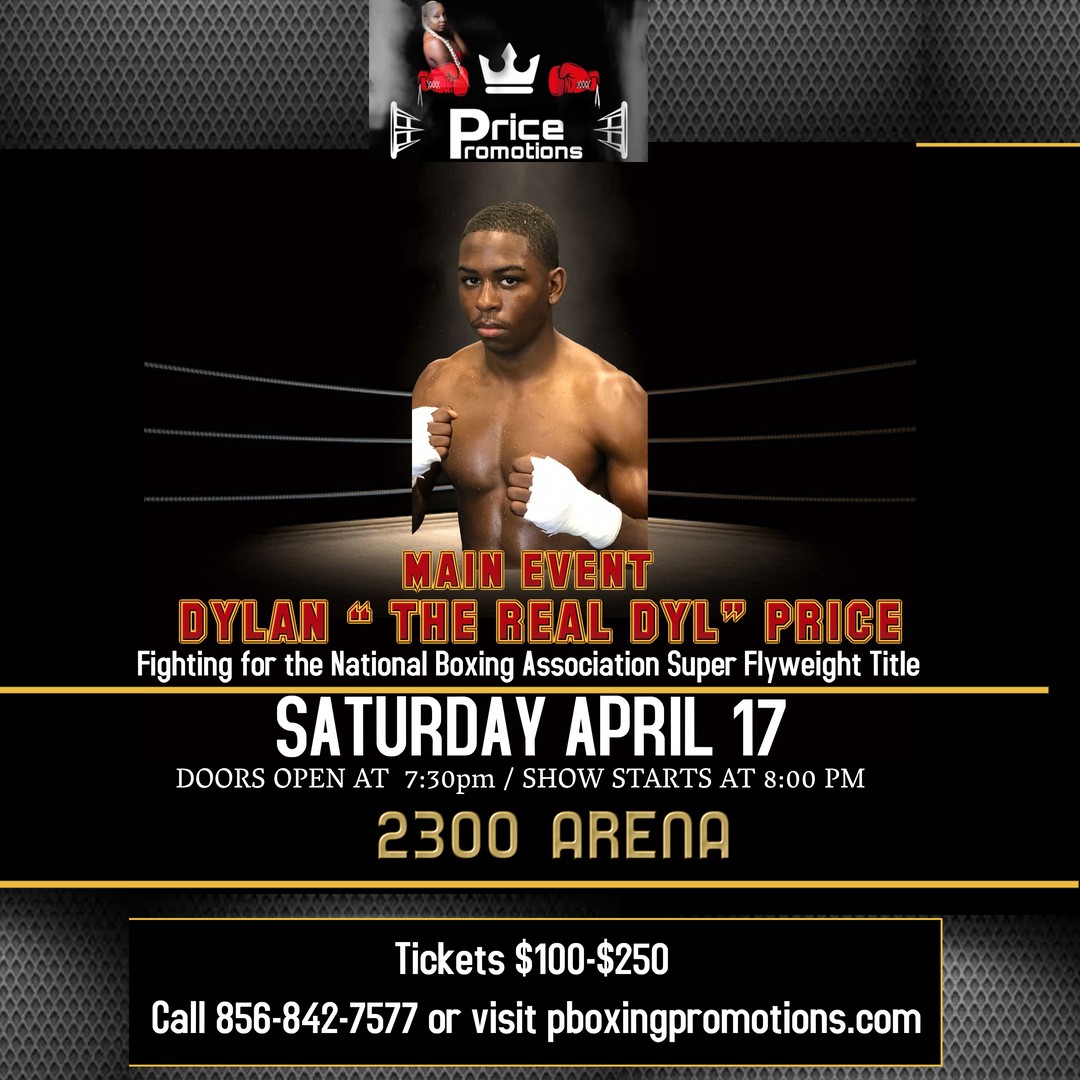 Philadelphia, PA (March 19, 2021) – A special Day-Night Doubleheader of boxing is planned for Saturday afternoon and evening at the 2300 Arena, where local favorites, Donald Smith & Dylan Price will headline respective shows.

The shows, which are promoted by Price Promotions, will begin at 4:30 and 8 PM

The eight-round bout will feature the undefeated Price, who has a record of 12-0 with nine knockouts.

The 22 year-old Price is a four-year pro and is coming off a fourth-round stoppage over Samuel Gutierrez on January 16th in Chester, Pa.

Bernardi of Puerto Rico is 5-1 with two knockouts. Bernardi is also a four-year pro, and is coming off a unanimous decision victory over Jose Ocasio on October 4, 2019 in Kissimmee, Florida.

Also in the evening session, Rashan Adams takes on Da’vaughtae Bess (0-1) of St. Louis in a super lightweight bout.

Boimah Karno takes on Rasheem Cook in a battle of pro debuting welterweights.

All three of those bouts are scheduled for four-rounds.

Headlining the afternoon session will be featherweight Donald “No Love” Smith taking on Braulio Avila in a fight scheduled for six-rounds.

Smith of Philadelphia, has a record of 10-1 with six knockouts, is a five-year veteran. Smith is looking to get back in the win column following dropping a six-round unanimous decision to William Foster III on February 6th at the 2300 Arena.

Avila of Tiaxcala, Mexico is 3-7 with one knockout. The 35 year-old is a seven year pro, and has faced four undefeated opponents. He is coming off a decision loss to undefeated Angel Israel Rodriguez on January 25, 2020 in Los Angeles, California.

In four-round bouts, Isaiah Johnson of Sicklerville, NJ makes his pro debut against an opponent to be announced.

Sharif Rahman (4-0, 3 KOs) of Las Vegas takes on an opponent to be named in a super welterweight contest.

Naheem Parker (1-0, 1 KO) of Camden, NJ takes on an opponent to be announced in a lightweight contest.