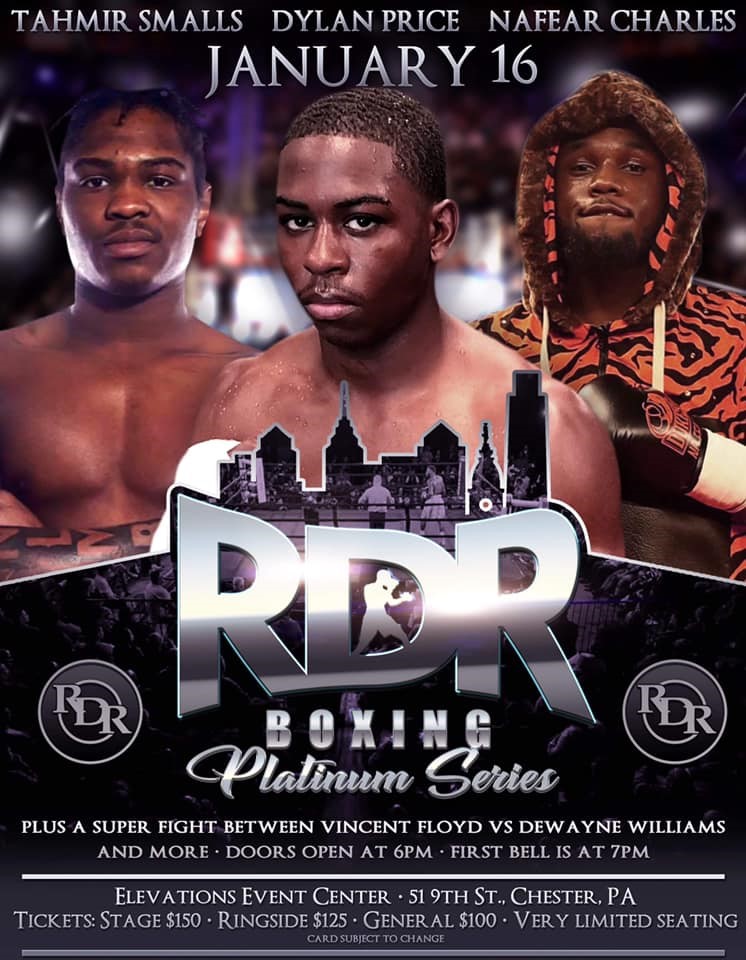 Price of Sicklerville, New Jersey. has a record of 11-0 with eight knockouts, and he took an eight-round unanimous decision over Gutierrez on July 27, 2019 in Baltimore, Maryland.

The 22 year-old is a four year professional who is coming off a 2nd round stoppage over Jose Rodriguez on November 7th in Philadelphia.

Gutierrez of Mexico has a record of 16-28-6 with six knockouts.

Bunch of Trenton, NJ, has a record of 10-1 with nine knockouts.

The 21 year-old is a two year pro, who has been very active as he has amassed 11 fights in a 19 month span. Bunch is coming off a 1st round stoppage over Christian Danilo Guido on November 7th in Rock Hill, South Carolina.

Nzau of Silver Spring, Maryland has a record of 11-13 with eight knockouts.

Nzau, 32 years-old is a 12-year professional is coming off a decision loss to Daiyann Butt on November 7th in Philadelphia.

Also in a six-round bout, Nafear Charles (5-0, 5 KOs) of Philadelphia takes on an opponent to be named in a lightweight bout.

More fights will be announced shortly.

A very limited amount of tickets can be purchased for $150 for Stage Seating; $125 for Ringside and $100 for General, and can be purchased at rricereview@yahoo.com or from fighters on the card

All Covid 19 Protocols will be enforced including wearing a Mask at all times and ID is required.