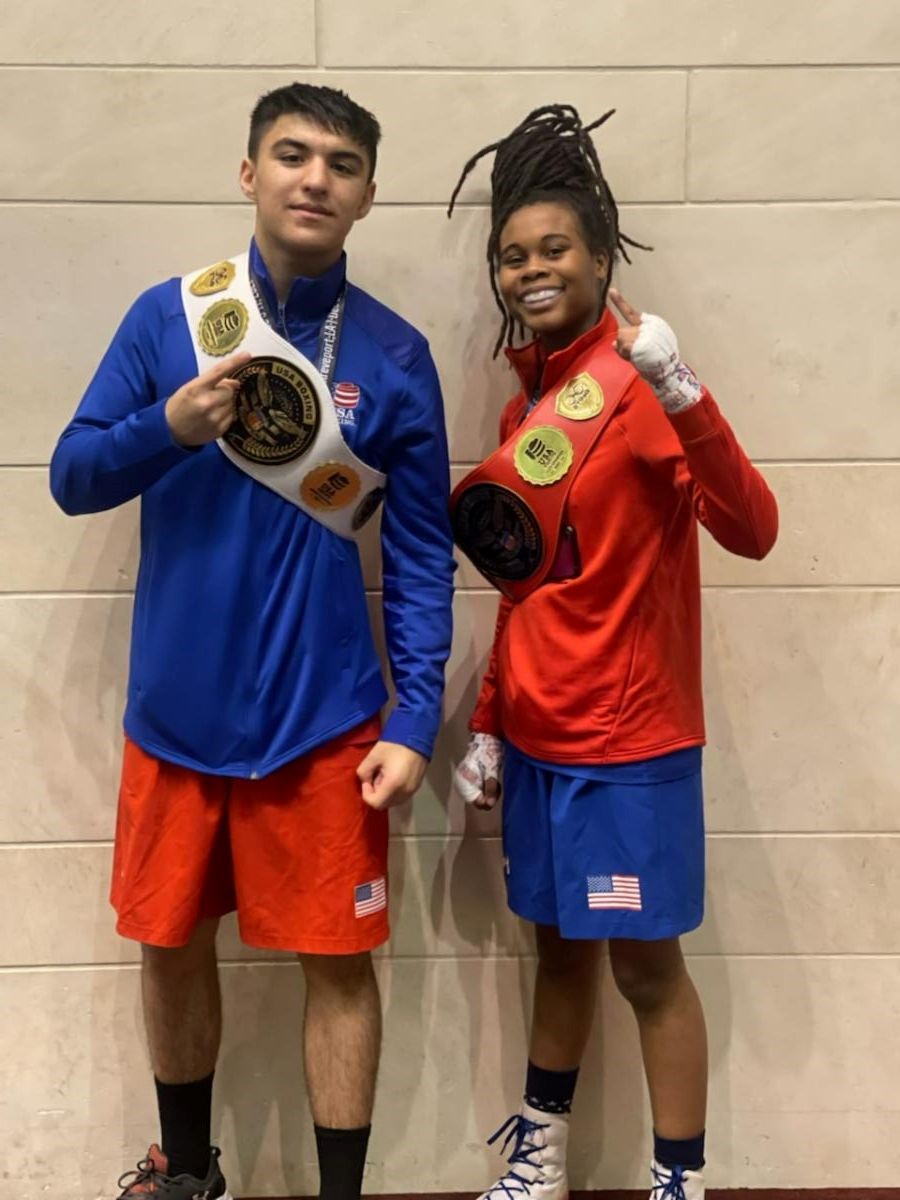 Lugo made Team USA at 165 lb. junior’s. In the tournament he stopped both of his opponents with body shots. In his last 10 fights, all wins, Elijah has seven stoppage victories, and was named the Georgia Male Boxer of the Year.

Brown, 17 years-old, won the USA National Title in the 114 lb Female division. She has been a member of Team USA for three years. She has trained under Michael Lugo (Elijah’s father) since age nine. in 2021 she was named The Georgia Boxer of the Year for the 6th straight year.

Elijah’s older brother, Nathan will be back competing in March after tearing his Labrum. Nathan. who competes as a heavyweight is also a highly-regarded amateur, has the most stoppage victories in the United States. He will be competing in the Georgia Golden Gloves Tournament in June. Then in July, it will be off to the Regional Golden Gloves. In August, he will enter the National Golden Gloves for the first time.

The Lugo’s and Brown reside in Atlanta.