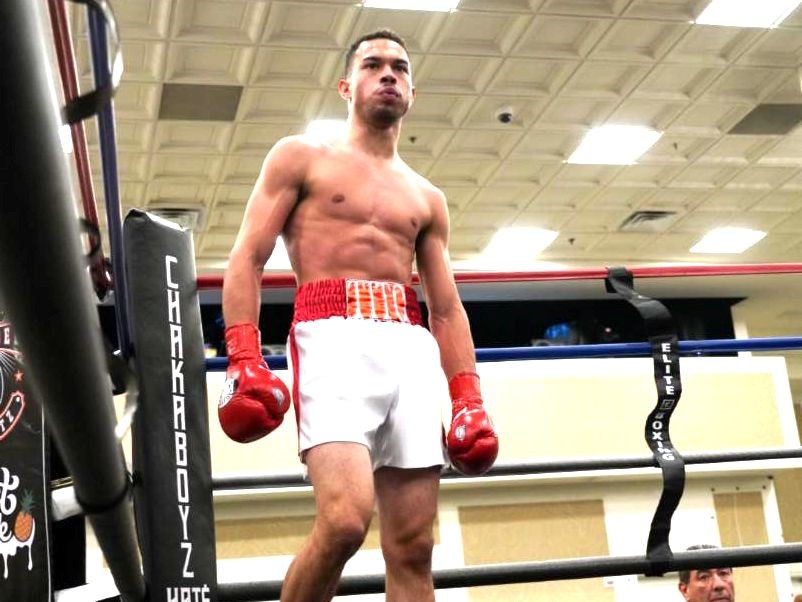 Ernesto “Tito” Mercado (4-0, 4 KOs), scored another impressive knockout this past Saturday, February 12, 2022, at the Commerce Casino, in Commerce, California, as he annihilated Marc Misiura (2-3-1, 1 KO) to keep KO streak alive. The fight was promoted by Red Boxing and Elite Boxing Promotions.

Mercado, who was looking to make a statement in this fight, came out firing and landed an explosive straight right hand to the head of Misiura in the first minuet of round one, sending him to the canvas. After getting up, Mercado followed up with a powerful right uppercut that dropped Misiura for the second time. Up again but now on wobbly legs, Misiura was met with an onslaught of punches from Mercado, forcing the referee to stop the bout in the later half of the opening round. Mercado is the first man to stop Misiura.

“I told everyone that I was going to make a statement in this fight by being the first person to stop Misiura, and I accomplished that goal,” said Mercado who had an incredible amateur record of 278-11 and was a 2020 Olympic alternate. “It was exciting fighting in front of all my fans and I’m grateful to Red Boxing and Elite Boxing Promotions for giving me this opportunity.”

Mercado has goals and aspirations to become a superstar in boxing and feels his time is coming where he’ll be fighting on a major network.

“I want to be recognized as the next great puncher in boxing,” continued Mercado, who stands 5’11. “I have the power to change a fight with one punch and that’s great for television. Everything is falling into place with my career, and I can’t wait to get back in the ring. Right now, I’m a promotional free agent, but I’m hoping by the end of the year, I’ll be fighting with one of the top promotions in boxing.”