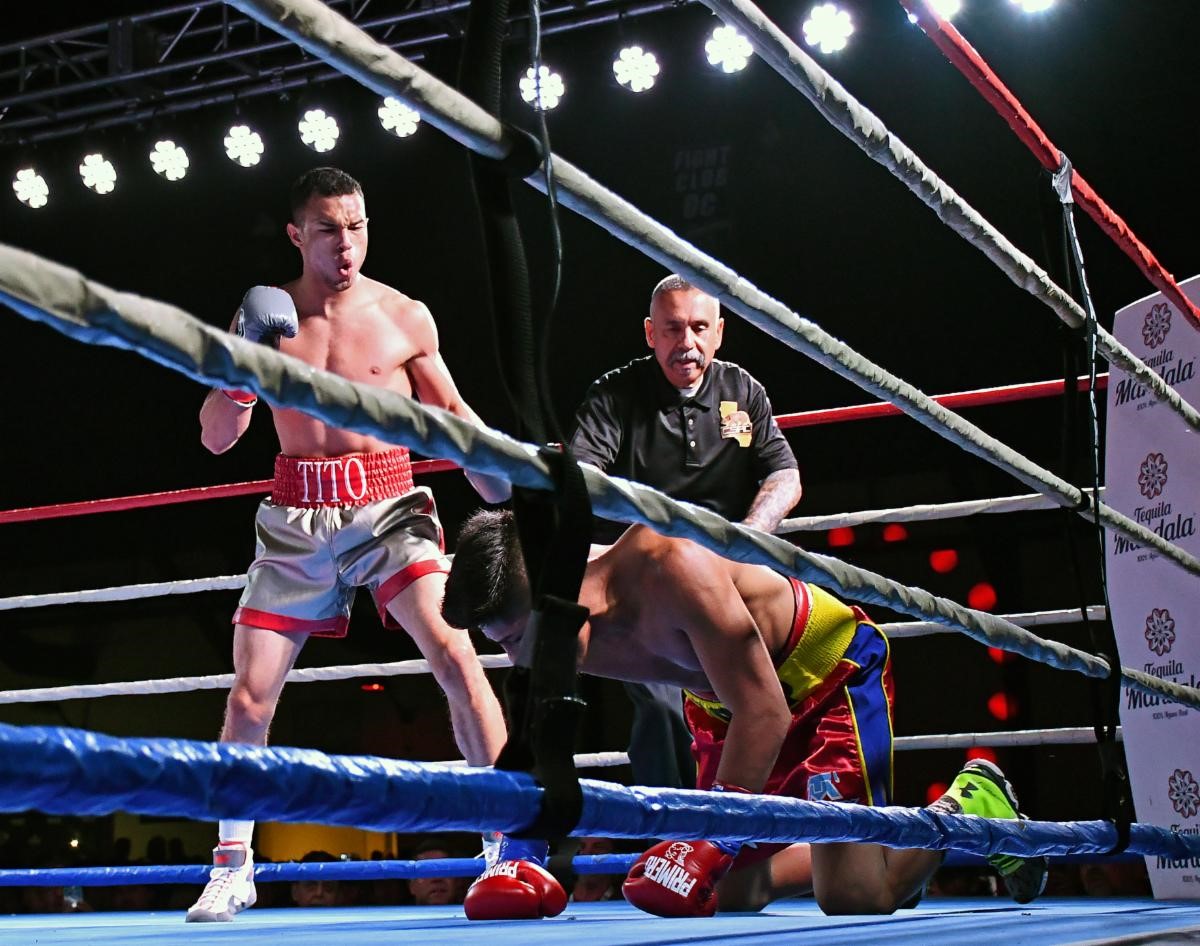 Mercado came out guns blazing as soon as the bell rang and send Evangelista to the canvas in the opening minuet of round one, then followed up with two more knockdowns before the referee stopped the bout at the 1:37 mark. With another impressive knockout victory, Mercado is on the fast track to bigger fights.

“I’ve been saying in all my interviews that there are no more killers in the sport of boxing, and I wanted to come out again and show the world that I’m one of those throw back fighters like Mike Tyson,” said the Pomona, California native, Mercado. “I was hoping to get some rounds in against Evangelista, but I got him hurt early and took him out. Once I see my opponent hurt, my mindset is to finish him off. I want to be known as the next great knockout artist in boxing.”

At 20-years old, Mercado feels he’s one of the top prospects in boxing. After knocking out four of his five opponents within two round or less to start off his career, he’s well on his way to super stardom.

“I’ve never drank or smoke, so my body and mind is at one hundred percent when I step in the ring,” concluded Mercado, who was an Olympic alternate. “I feel if I keep working hard in and out of the ring, stay focused on the task at hand, I’ll become a world champion at some point. I’m grateful to my dad and trainer, Ernesto Mercado Sr., for keeping me on the straight and narrow, and all my supporters for helping me on my journey to the top.  I’m putting everyone on notice in the lightweight and super lightweight divisions.”