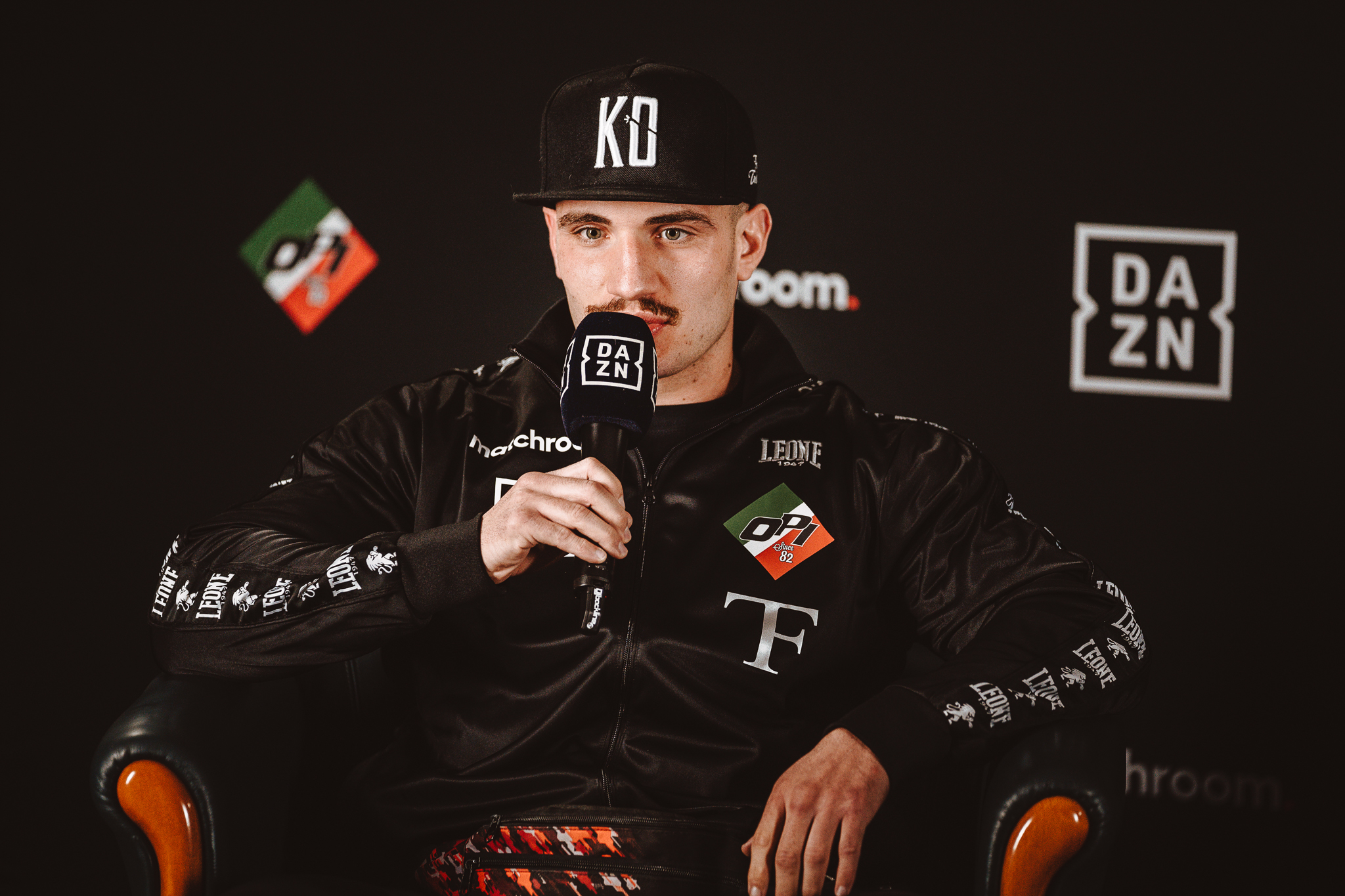 Milan, March 18, 2021 – On April 16, at Allianz Cloud in Milan (Italy), 27 years old Italian cruiserweight Fabio Turchi (18-1 with 13 KOs) will fight French champion Dylan Bregeon (11-0-1 woth 3 KOs) for the vacant European Union belt in the main event of the show promoted by Opi Since 82-Matchroom-DAZN and streamed live by DAZN. Fabio Turchi is n.6 in the European Boxing Union rankings and n.9 in the IBF ranking. The European champion is Tommy McCarthy who defeated on points by split decision Fabio Turchi on October 11, 2019 in Trento (Italy): 116-112, 115-113 and 112-116. Fabio didn’t like the decision and wants the rematch. Defeating Bregeon for the European Union title is a step in that direction.

Fabio, do you know Dylan Bregeon?

“Yes, since we were amateurs. We were supposed to fight in the amateurs, but the event was canceled. Dylan Bregeon is a good boxer and I don’t underrate him, but I must beat him to reach my goal: become European Union cruiserweight champion and then get a shot at European champion Tommy McCarthy. I want the rematch with McCarthy and the European belt has always been one of my goals since I became a professional. Defeating McCarthy will make even more special winning the EBU title.”

Tell us about your training.

“I’m training as usual with my father Leonardo as boxing coach and with athletic trainer Donato Quinto. My father was Italian light heavyweight champion in 2002-2003 and again in 2006 and fought for the European light heavyweight title losing against Thomas Ulrich in 2007.”

Are you happy with your pro career?

“Yes, but it’s a fact that losing against Tommy McCarthy made my route to the top slower. I should be European champion right now.”

You are n.9 in the IBF ranking, would you like to fight their world champion Mairis Briedis?

“Yes, because I know him well. I worked for him as a sparring partner when he trained for the fight against Krzysztof Glowacki who is a southpaw like me. I spent ten days in Latvia and during the sparring sessions Mairis hit hard like in a real fight. Briedis won by TKO 3 against Glowacki.”

So, your long term goal is the world title?

“Yes, like every other fighter I want to become world champion. I’m promoted by Opi Since 82-Matchroom and with their support I’m confident that I will get a world title shot if I keep on winning. I want also to thank DAZN for giving worldwide exposure to Italian fighters.”