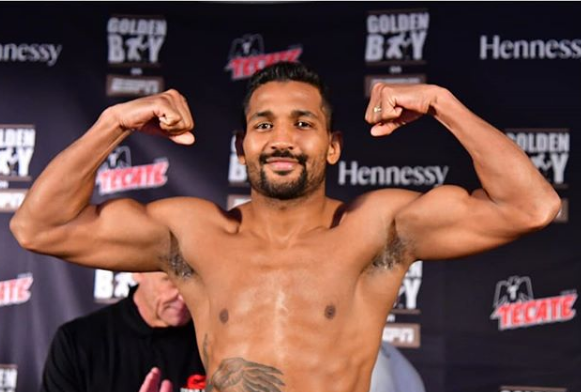 Falcao’s WBC Latino title will be on the line as will the vacant IBF Latino championship in a ten round matchup.

Fresh off a dominant victory over veteran contender Jorge Daniel Miranda, Falcao is 19-1-1 as a pro with 8 knockouts. In his last two contests, the 33-year-old southpaw’s won the WBA Fedecaribe, WBC Latino and ABF Continental Americas super middleweight championships.

Falcao, a Bronze Medalist at the 2012 Olympic Games, also has plans to return to America and face a top 15 ranked opponent.

Falcao’s promoter, Jody Caliguire of Fire Fist Boxing Promotions, is happy his fighter will have another opportunity to entertain his native fans but is mapping out a strategy for the rest of 2022.

“If all goes as planned, we’re bringing Yama back to the US shortly after his fight in January. The biggest opportunities and best training resources are available to Yama here in the US. He’s long stated that he is more than happy to face any top 168 pound opponent. Bringing him back stateside will get him ready for whatever challenge arises if everything goes as expected January 15.”