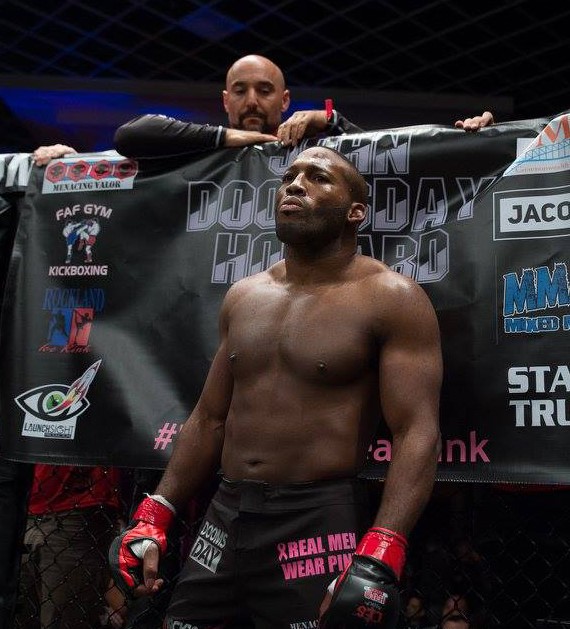 This star-studded event is the promotion’s first in New England since October of 2020 and features 10 exciting fights, headlined by the long-awaited return of 14-time UFC and six-time CES MMA vet John “Doomsday” Howard (28-16, 10 KOs) of Boston, who makes his first appearance with the promotion since 2017 in a welterweight bout against Huntington Beach’s Ozzie Alvarez (8-6, 2 KOs).

The last CES MMA event in New England to feature fans in attendance was CES 60 in January of 2020, just months before the COVID-19 pandemic crippled the sports world for the next year and a half. The promotion returned for CES 62 in Florida in April and now makes it long-awaited return to its home base Friday night with a loaded lineup featuring old fan-favorites and promising up-and-comers.

For “Doomsday” Howard, one of the region’s most decorated veterans, Friday marks the return to the promotion that helped launch his most recent run with the UFC. Howard debuted with CES MMA in 2012 following a two-year stint with the UFC. He went on to win all five fights with the promotion – all by knockout – and captured the promotion’s then vacant middleweight title with a win over Todd Chattelle.

Shortly after defeating Chris Woodall at CES 17, Howard returned to the UFC on UFC Fight Night 26, earning a key win over Uriah Hall to cement his status with the promotion for the next two years. Since then, Howard has fought for a number of promotions, including another one-off with CES MMA at CES 46 in 2017, but nowhere has he found as much success as he’s had with CES MMA; he is 6-0 lifetime with the promotion and has only gone the distance one time inside the CES MMA cage.

The other fighter to watch Friday night is Candelario, a budding prospect from nearby New Britain who is on an unprecedented run of success, having won every right regardless of circumstance of promotion. After reeling off five consecutive wins under the CES MMA banner, Restrepo stole the show on the Dana White’s Contender Series platform, defeating fellow unbeaten Ronaldo Candido by unanimous decision. A long-term call to the UFC seems inevitable; until then, Candelario takes another crack Friday at the dangerous Restrepo, whom he defeated by rear-naked choke at CES 41 in 2017.