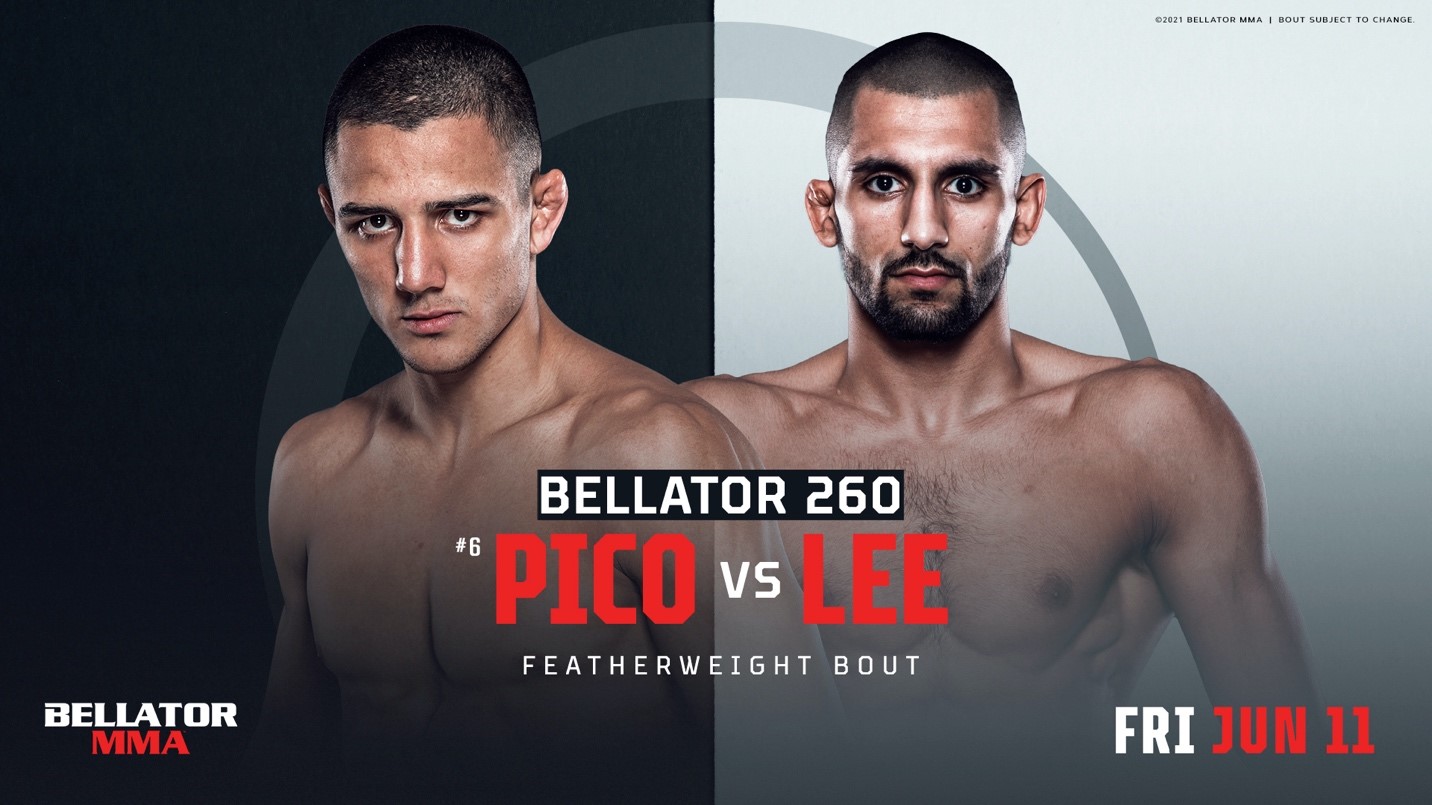 BELLATOR 260 will be headlined by welterweight world champion Douglas Lima (32-8), who will defend his 170-pound title against the undefeated and top-ranked Yaroslav Amosov (25-0).

The event marks BELLATOR’s first fan-attended event in the United States since BELLATOR 239 took place on February 21, 2020. A limited number of tickets starting at $60 are available now and can be purchased through Ticketmaster or at Bellator.com.

Since his professional MMA debut in 2017, Aaron Pico has widely been considered one of the brightest prospects in the sport. The Jackson Wink fighter has showcased a wrestling acumen that stacks up with the best in the world, coupled with vicious punching power that has earned him stunning KO victories with both his left and right hand. The 24-year-old has shown steady growth each time out in the BELLATOR cage and is currently riding a three-fight winning streak.

Fighting for the first time on American soil, the 26-year-old Lee looks to secure his third straight victory inside the BELLATOR cage. An underrated submission specialist, the Englishman earned his fourth career victory via rear-naked choke against Damian Frankiewicz and a stunning head-kick knockout against Jeremy Petley in the first round of their matchup last September.

Additionally, a welterweight fight between BELLATOR veteran Kyle Crutchmer (6-1) and promotional debutant Levan Chokheli (9-0, 1 NC) has been added as a preliminary bout. Crutchmer, who trains out of AKA in San Jose, wrestled at Oklahoma State University, where he became a two-time All-American and two-time Big 12 champion. Meanwhile, Chokheli looks to keep his record flawless while making a sound first impression in his BELLATOR debut. The 24-year-old Georgian boasts an impressive 100% finishing rate, having never seen the final bell in all nine of his fights.

Also added to the preliminary card, “The Boogeyman,” Lance Wright (5-1) will be making his BELLATOR debut after an impressive showing on the American regional scene. He will be tasked with fighting Taylor “Tombstone” Johnson (6-2), a two-fight veteran of the BELLATOR cage.