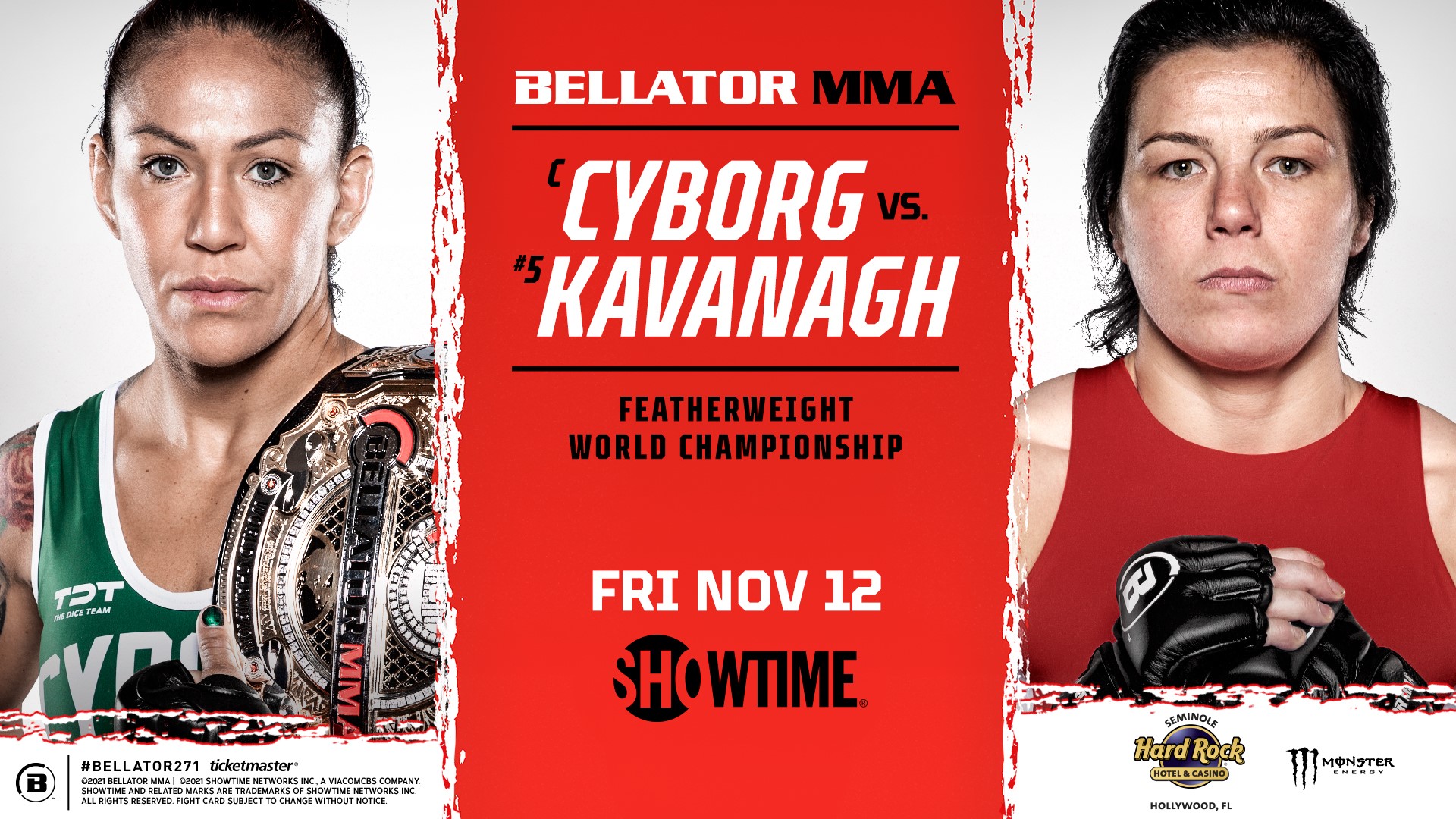 SHOWTIME will televise the main card live at 10 p.m. ET/10 p.m. PT. Additionally, the preliminary card will airlive on the BELLATOR and SHOWTIME Sports YouTube channels, as well as Pluto TV.

Additional bouts and ticket information for BELLATOR MMA 271: Cyborg vs. Kavanagh will be announced in the coming weeks.

Only the second BELLATOR woman’s featherweight champion in the company’s history, “Cyborg” (24-2, 1 NC) aims to further her legacy as the greatest women’s mixed martial artist of all time when she battles the pride of Dublin less than two weeks before Thanksgiving.

Currently fighting out of Las Vegas, Nev., “Cyborg” is coming off the second defense of her BELLATOR crown when she scored a vicious TKO over Leslie Smith at 4:51 of the fifth round in May 2021. After previously holding gold in STRIKEFORCE, UFC and Invicta, the Brazilian native made history by capturing the BELLATOR title to become a “Grand Slam Champion” with belts in four different organizations. The hard-hitting, 36-year-old sports 20 wins by finish with victories over punishing competition, including Julia Budd, Holly Holm, Smith (twice), Marloes Coenen, and Gina Carano.

Kavanagh (7-4), a winner of her last two BELLATOR outings, strives to live up to her “KO” moniker when she attempts to stop the sport’s most dominant female athlete. The former amateur boxing champion is poised for the breakout moment of her career at BELLATOR MMA 271 when the SBG Ireland-product attempts to do what only two other women fighters have previously accomplished; defeat “Cyborg.”