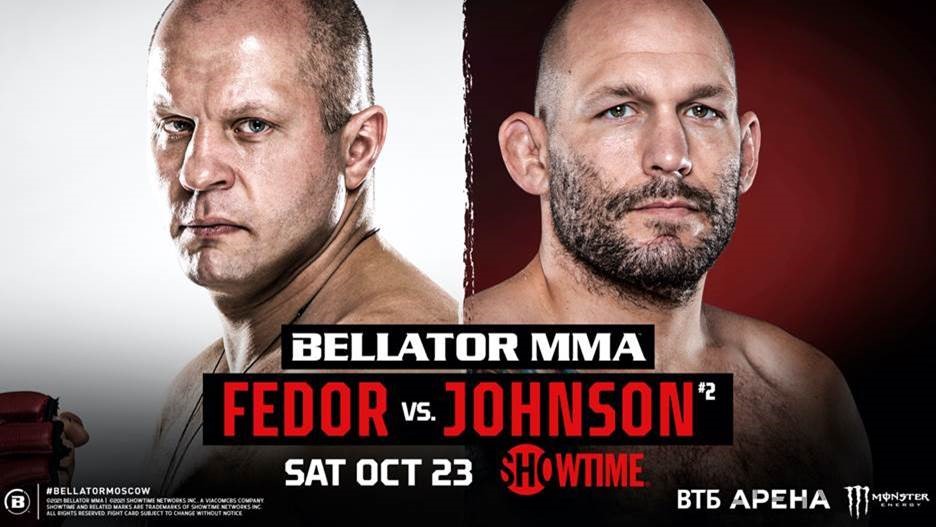 Tickets for the highly anticipated event are on sale now and can be purchased at Kassir.ru. Additional matchups and SHOWTIME telecast details will be revealed soon.

Widely regarded as the greatest heavyweight in mixed martial arts history, Fedor Emelianenko returns to the BELLATOR cage for the first time since his dominant first-round TKO victory over Quinton “Rampage” Jackson in 2019. With an illustrious career that has seen him earn 30 stoppages in his 39 victories over legendary opposition, the former PRIDE FC Heavyweight World Champion will be fighting in his home country of Russia for the first time in five years. A four-time combat sambo world champion, “The Last Emperor” put together an insane eight-year unbeaten streak on his way to becoming an international MMA icon. Emelianenko has established Team Fedor, which features several top Russian fighters including BELLATOR’s Light Heavyweight World Champion Vadim Nemkov and BELLATOR’s Interim Heavyweight Champion Valentin Moldavsky. With his last three victories coming by way of first-round finish, Fedor is looking to add another exciting chapter to his storied fighting career on October 23.

2020 was a huge year for Johnson, as the UFC vet notched three wins in as many fights with impressive first-round finishes over Matt Mitrione and Tyrell Fortune and a decision victory over Cheick Kongo during the historic, first-ever major MMA event in France.  The Xtreme Couture-product showed that he’s got the skill and stamina for championship rounds as he went the full five with Team Fedor’s Valentin Modlavsky (11-1) this past June. Proudly hailing from North Dakota, Johnson is a current member of the United States National Guard who won two national championships while wrestling at Minnesota State University.