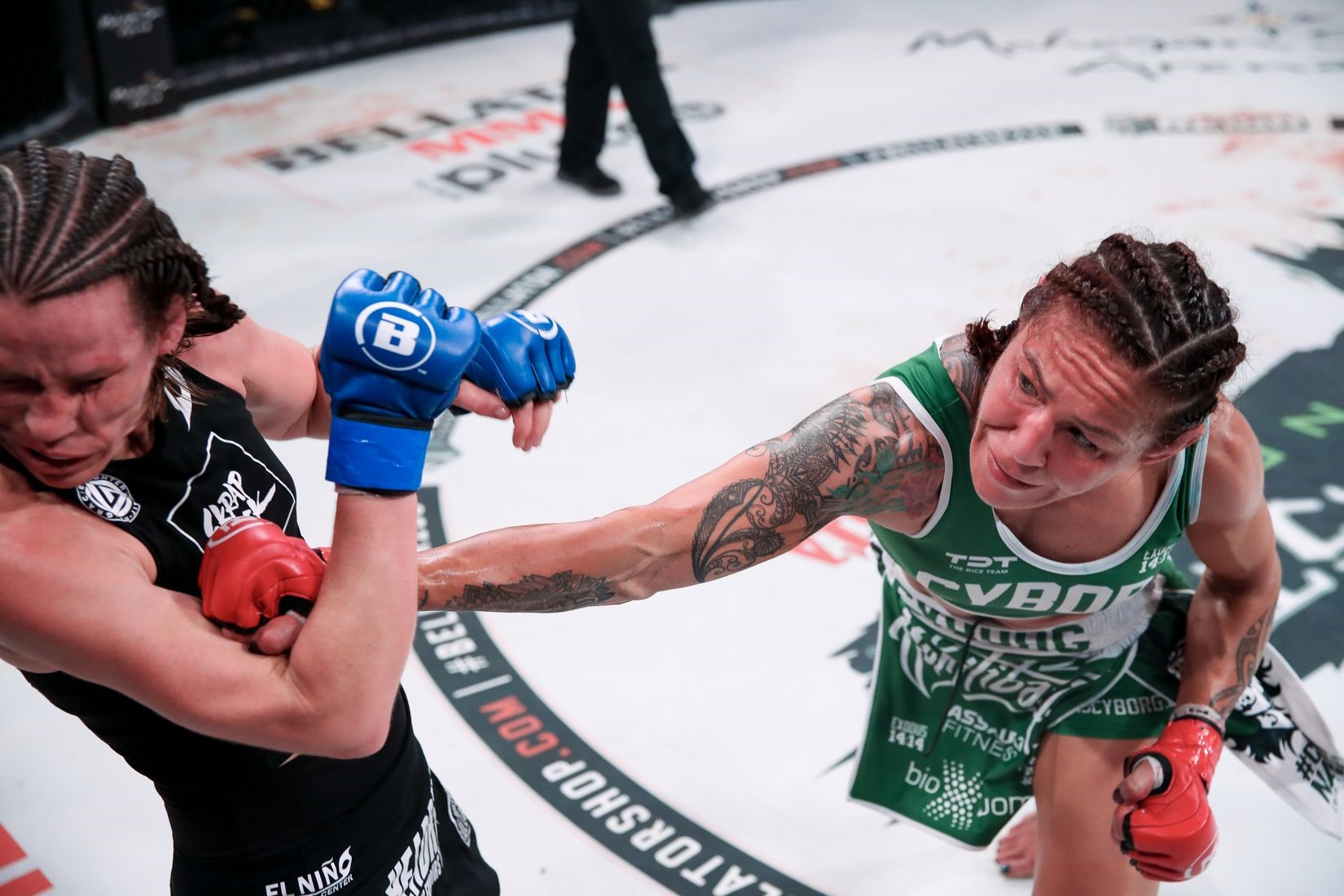 Cris Cyborg after retaining the title:

“I knew she was tough and I’ve fought her before. I know her and respect her and she’s a real fighter. I knew with her it would be a great match, because she’s capable and she’s tough.”

“I was really working in sparring to keep going and going because I knew it was going to be this way. I noticed I enjoyed it a little more. It’s going to be 16 years as a professional fighter this month so I started to enjoy it in there.”

“I’ve been working on grappling my whole life but I just feel like I’m getting better and better every day. I got a black belt, but it’s like a white belt because I’m always learning.”

“I’ve been waiting for this fight for three years now. It’s exactly how I wanted it to go. I used my wrestling and I used my jiu-jitsu. I’m a complete fighter and I’m ready for any fighter on the planet because I believe I’m the best. I knew I had lost the first round, but in the second when he was throwing all those elbows and cut me open, I’m from a poor family in Brazil and that was nothing I hadn’t seen before. I felt happy being in that cage with blood all over me.

“He ended up taking me down in the second and I went for a kimura, which is something I’m very accustomed to doing, but he reversed it but then he didn’t do anything and I hit him with a lot of strikes on bottom. A lot of elbows and strikes and I stayed very on bottom and he wasn’t doing anything. That’s why I won the second and third round.”

“I think that I deserve a title shot. I just beat three of the biggest names in the game and I just beat a former world champion. And nobody has beaten the top three guys of this world-class caliber like I have done in three consecutive wins. I’m going for that world title and that’s what’s next for me. So let’s make it fast.”

“I like my fights bloody, whether it’s me or my opponent. I’ll get a scab. But hats off to Fabian who cut me up a little bit. But happy to get the win.”

“He was a big, strong guy. I started feeling him give me that head and arm choke. Unfortunately, I didn’t capitalize on it. But I knew what I was going to do. I was going to just grind it out. He’s a good striker so I had to be careful but I felt good. Wrestling … it’s my heart. I’m ready for the next step.”

Hannah Guy following her first win inside the BELLATOR cage…

“I felt like I had really good cardio, so that was awesome because I was really worried about that a little bit. I’m so thankful she took the fight and I’m so thankful BELLATOR gave me this opportunity.

“I thought I was going to finish with the triangle (choke), honestly. She just slipped right out of there, so that was awesome of her. Her defense was really good. I was really impressed with that. I didn’t know what her ground game was but it was a lot better than I thought it was going to be.

“Grappling is just where I want to be if you’ve seen any of my other fights. My striking has really improved a lot though so I’m hoping to change that. But grappling has always been my strong suit. I didn’t want to just depend on my grappling, but I thought I landed some shots pretty well a few times. In this fight I thought I could see when the punches were coming. And I was able to defend a little bit better and how I’ve grown. So I’m just really proud of myself right now.”