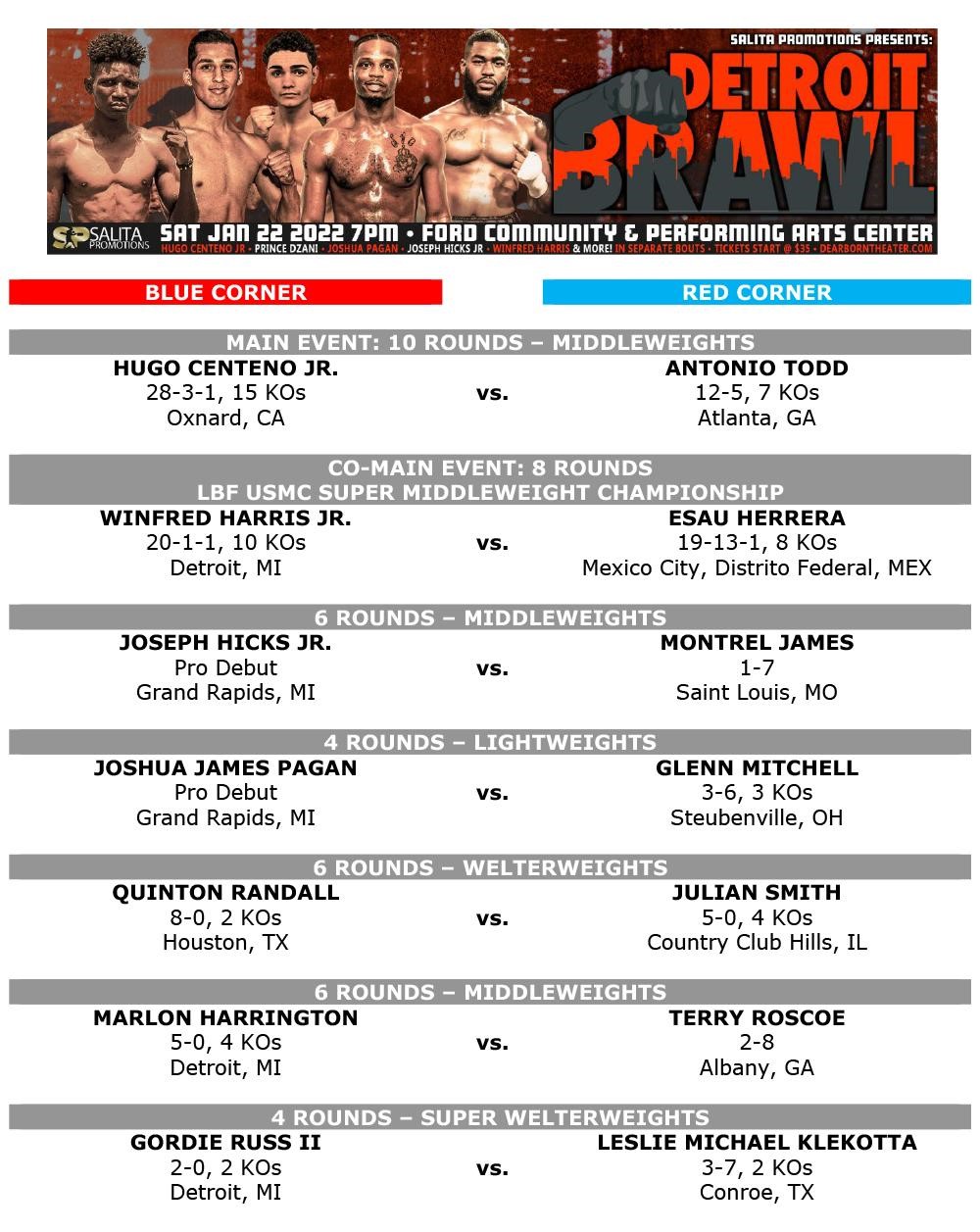 (January 19, 2022) – The full card has been set for this Saturday, January 22, 2022’s Salita Promotions boxing event, entitled “Detroit Brawl”, in the Lincoln Ballroom of the Ford Community & Performing Arts Center in Dearborn, Michigan.

Appearing in the night’s 10-round middleweight main event will be WBC #9- and WBO #15-ranked middleweight Hugo “The Boss” Centeno Jr., who will face Atlanta’s Antonio Todd (12-5, 7 KOs).

And in another highly anticipated pro debut of an amateur national champion, Grand Rapids lightweight Joshua James Pagan will have his first paid fight against Steubenville, Ohio’s Glenn Mitchell (3-6, 3 KOs).

PLEASE NOTE: Tickets ordered online will be mailed up to one week prior to event date. Tickets ordered within a week of event will be placed in will call in the box office for pickup. A limited quantity of VIP tickets are also available by calling Lina at 313.529.7604. The Ford Community & Performing Arts Center is located at 15801 Michigan Ave. in Dearborn. On fight night, doors open at 6:30 pm and the action starts at 7:00 pm.