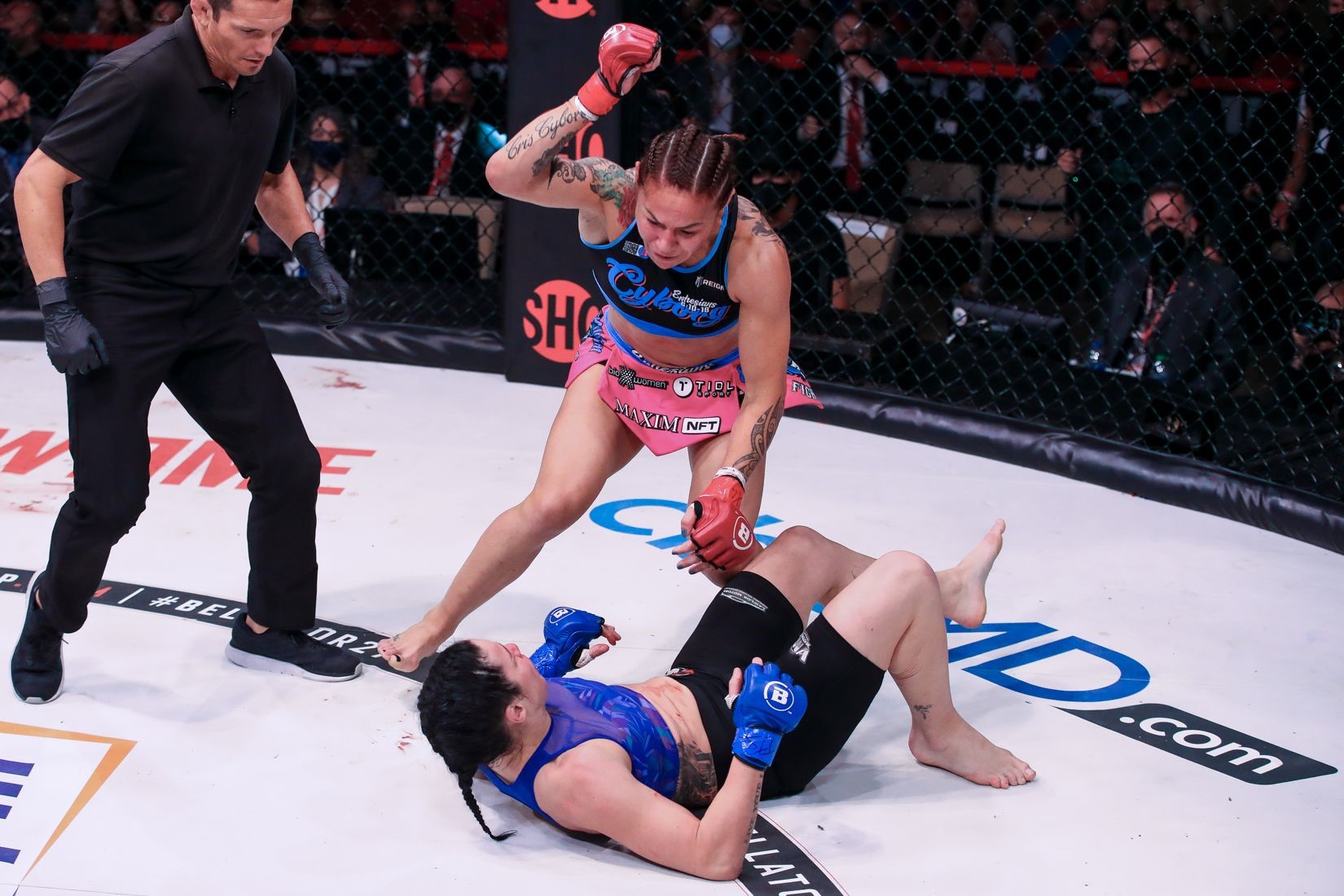 “I didn’t do anything we planned. You never know. I had a feeling about the fight. I feel great. I am happy with the win.”

“I knew she was more of a striker, so I went to the ground game.  The right hand did it fast and was the key. I was very excited for the count.”

“I really appreciate Kayla Harrison coming to the fight. If she wants to fight me one day, that would be great.”

“I am happy that I was able to out grapple a wrestler considering I’m from the U.K. and I have no wrestling background”

“I give myself a good 7. I am not 100 percent happy with my performance, but I am super happy with the outcome.”

“I was able to reverse him (Tyrell Fortune), get on top of him, and add some damage.”

“I used to watch WWE. When I first started to train, I did wrestling moves like that.”

“I always feel like we’re our own worst enemies. I wanted a knockout.”

“Tyrell was so strong and powerful. There were a few times where he just stood up and shook me off.”

“I went for the submission. I just carried on and tried to wear him down but couldn’t do it.”

“I knew going into the fight that he (Justin Gonzales) was going to be a tough fighter. He is a former wrestler. One thing about us wrestlers is we don’t quit. All my coaches knew he was going to be tough.”

“He was just holding on to me and is really strong. When people hold on to you, it’s kind of hard to get strikes.”

“Thank God I walked out of here relatively healthy. I’m just happy I got my full paycheck.”

“It is the first time I’ve gone three rounds. It’s my first decision. I need the experience. I’m happy I got the win.”

“I knew I was the dominant performer, but I have to get better. I am just so hard on myself. I want to finish guys.”

“Let’s go back to the drawing board. Once I step out of this cage, it’s going to be a whole different ballgame. I have to get prepared for the next opponent, so let’s get to work.”

“I am my own worst critic. It wasn’t the performance that we trained for, or that I was hoping for.”

“I felt my first right hand land and then just went head hunting with my hands. I was respecting her take downs.”

“I feel like I’m such a well-rounded fighter now. I didn’t showcase any of that. I didn’t hit the ground though.”

“You know what is not next? Retirement. I’m 38. Old girls rule. Retirement is nowhere near on the horizon. I’m No. 1 in the division. It is only up from here.”

“I’m heading home to Australia. I haven’t been home in six months. I haven’t seen my kids, my partner, my family, my friends. I’m just going to go home and enjoy the rest of the year. I’ll just enjoy some family time.”

“Pam Sorenson is a tough girl. She tried to take me down. I went head hunting and really wanted the knockout. I am convinced that I did enough to win the fight.”