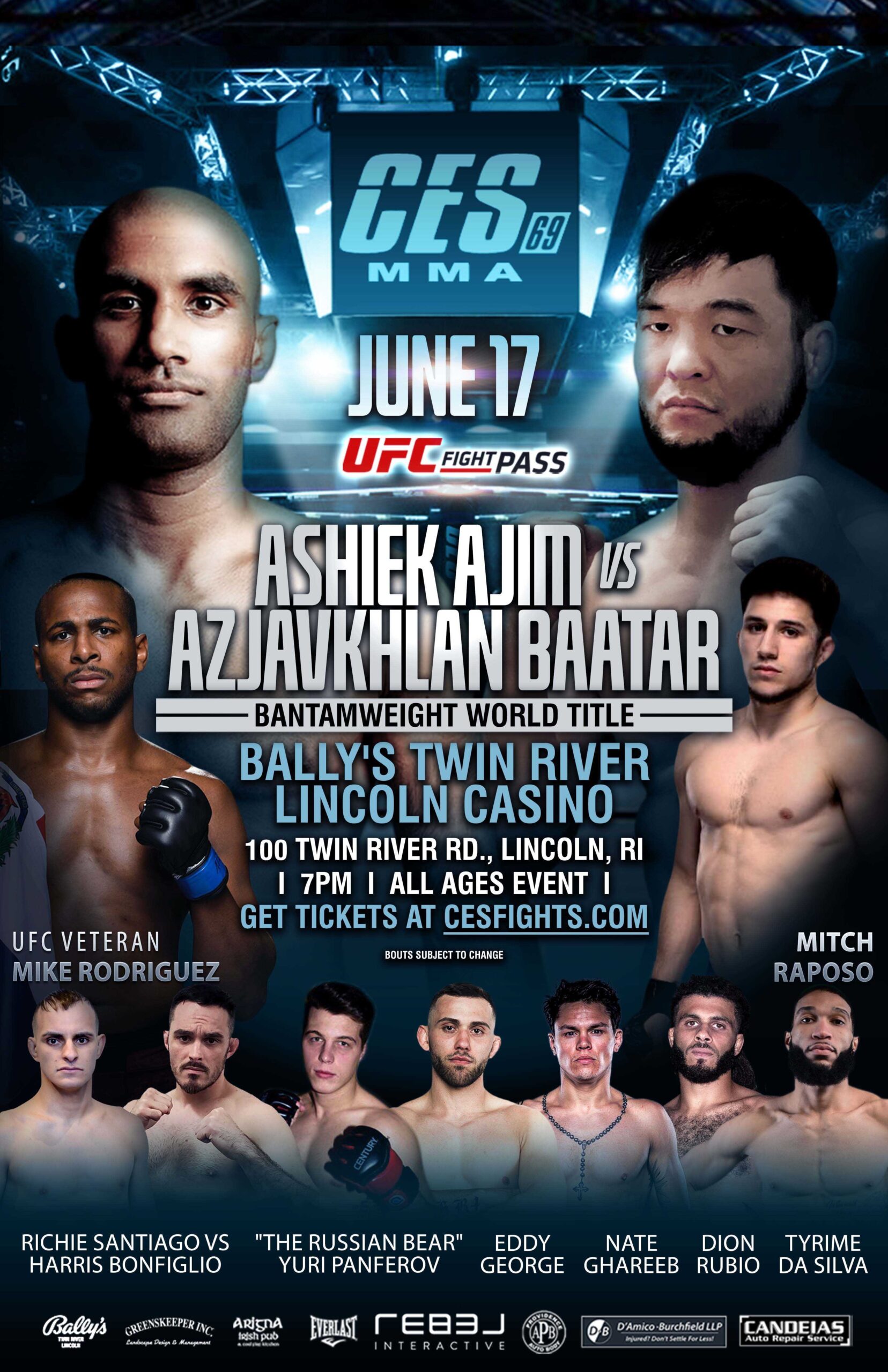 George (5-0) is off to a flying start in his pro career since debuting in 2020 and looks to continue his winning ways June 17. After knocking each of his first four opponents in impressive fashion, George faced his toughest test at CES 67 against Argentinian Emiliano Calderon and passed with flying colors, earning a 29-28, 30-27, 30-27 unanimous decision win. Bohn (10-9) may provide an even bigger challenge at CES 69. A four-time CES veteran, Bohn has gone the distance in four of his last seven fights and boasts a 3-1 lifetime record with CES. He recently defeated former CES world-title challenger Dan Dubuque and also has wins over CES vets Lewis Corapi and Andres Jeudi on his resume.

One of the top-ranked flyweights in the northeast, Raposo (6-1) returns to CES following a brief stint with the UFC in which he competed on Season 28 of The Ultimate Fighter reality series and Week 7 of Dana White’s Contender Series in 2021. June 17 will be his second appearance with CES and first since CES 61 when he defeated Matt Almy. He recently got back in the win column with a victory over Jay Voila on St. Patrick’s Day. Wassmer (7-5) heads north for the first time in his career after appearing on fight cards in California, Texas, Mexico, and Miami. His most recent fight was July of 2021, when he defeated Marcos Lopez by rear naked choke in the opening round of a scheduled three-round bout. Five of his seven wins as a pro have come by submission