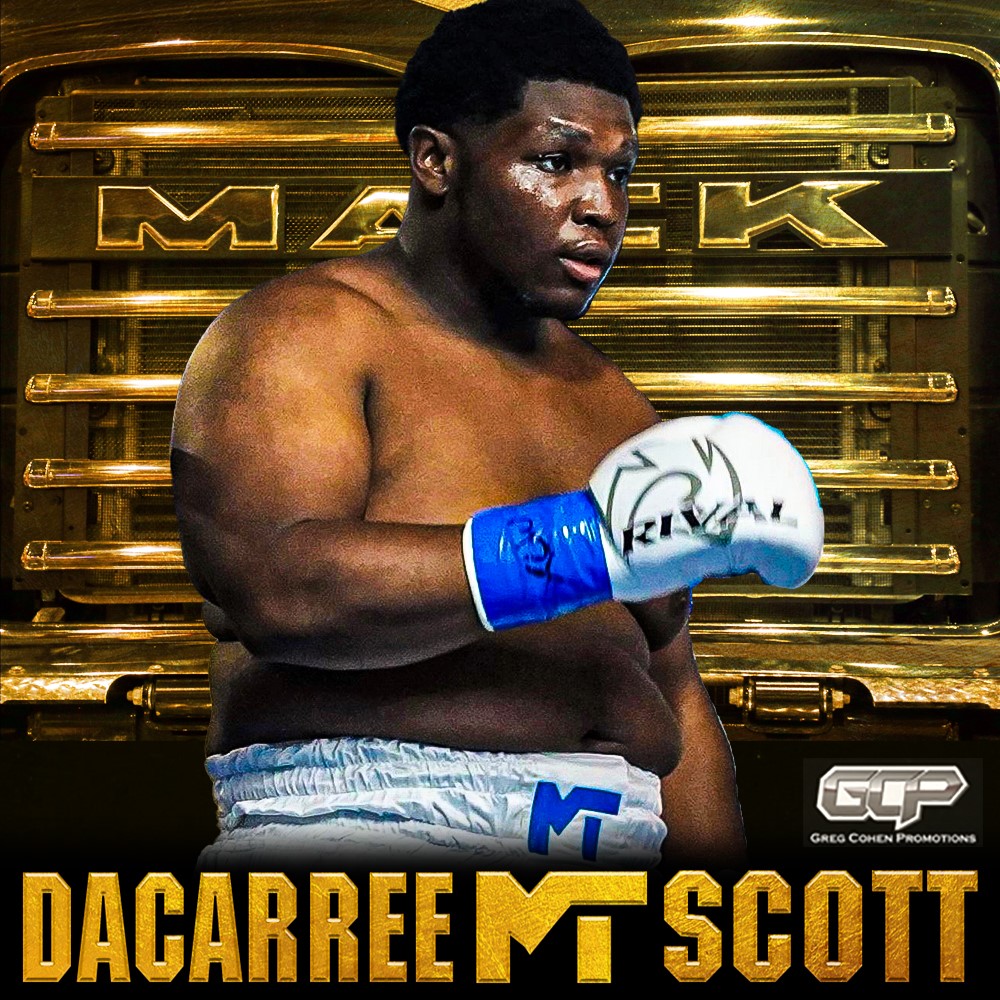 (February 2, 2022) – All-American heavyweight prospect DaCarree “MacTruck” Scott says winning the NABA Gold Heavyweight title last Saturday night (January 29, 2022) in just his seventh fight, and going 10 rounds for the first time doing it, confirmed he is on the right path in his professional career.

Despite having fought just seven career professional rounds before taking the fight on short notice, 23-year-old Scott (7-0, 6 KOs) faced off against Ahmed Hefny (then 13-1, 5 KOs), of Queens, New York, as part of the Don King event at the Packard Music Hall in Warren, Ohio, and came away with an impressive 10-round split decision victory (scores: 96-94 and 97-93 Scott overruling one card of 96-94 Hefny).

“I feel good. I took the fight on short notice, but I got the decision!” said a happy Scott, post-fight. “I wanted the knockout, but the dude kept running. This fight, I proved something to myself. It shows me I’ve been doing the right things in the gym and I’m headed the right way!”

Standing a squat 5’ 10”, but weighing over 270 pounds, Scott says he silenced many of his doubters by going the long way to victory. The slugger had scored five previous first-round knockouts before the fight.

“I’ve been sparring 10 rounds the past two years,” explained Scott. “I could have gone 15. I knew the rounds weren’t an issue. People think that because I’m big that I’m going to be tired, but I showed them I can win over the distance too.”

Scott pressed the action against the capable Hefny, landing brutal body punches and head shots throughout. Hefny also suffered a bad cut to his left eye due to an accidental headbutt halfway through the bout.

“I knew Mac would come away with the win,” said his promoter, Greg Cohen of Greg Cohen Promotions. “He developed his size so young that he has become a master of taking on bigger and older opponents and running them over like a Mack Truck! I thought he was very impressive for such a young fighter in his toughest test. He didn’t get another KO to show on ESPN but he now has his first professional belt. I’m very proud to be working with him.”

“I want to thank my trainer, Coach Mustafa (Mustafa Meekins), Scott added. “He’s been building me up. I really want to give him some shine. He’s a great coach and we have a lot of young fighters coming out of our gym. He deserves this belt because without him I wouldn’t have it.”