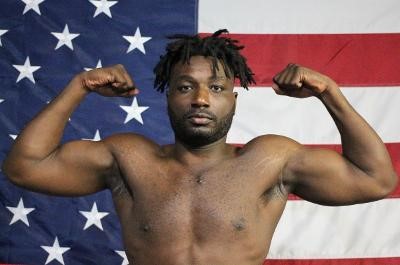 Born and raised in Tulsa, the 27-year-old Milton is 3-0 with 3 KO’s as a pro. As an amateur, he was ranked among the top heavyweights in America and won a Silver Medal at the 2020 Olympic Trials. Prior to boxing, he played defensive end at Division II Northeastern State University. Milton, who is 6’4 230 pounds, is an explosive puncher with impressive athleticism.

“Holden Productions has been doing great things for fighters in multiple weight classes,” said Milton, who earned praise from heavyweight champion Tyson Fury after the two sparred. “I’m glad to be joining a successful team based out of my hometown and we’re going to put the world on notice.”

Having promoted fights and fighters across the globe including both Jake Paul-Tyron Woodley fights this past year, Holden Productions is thrilled about signing a talented heavyweight with ties to their home base.

“Our job is to give Jeremiah the largest platform to succeed,” said Bryce Holden. “This task is made easy when you work with a fighter that eats, sleeps and breaths boxing. We’re thrilled to see Jeremiah flourish in 2022 while fighting in his hometown on some major shows.”

Mike Leanardi, Milton’s manager who runs Victory Sports & Entertainment with Rick Torres stated “We’re excited to be working with Tony and Bryce Holden. They know the Tulsa region and have had a lot of success building fighters there. Jeremiah will get an opportunity to be active, fight on big cards and fight at home in Tulsa. It doesn’t get any better than that!”

Milton’s debut under the Holden Productions banner takes places Saturday, January 29 at the Hard Rock and Casino Tulsa as part of a Top Rank ESPN Boxing card. Tickets are on sale now at tickets.hardrockcasinotulsa.com/ordertickets.asp?p=617&src=eventperformances